The Papermakers are slated to play defending 4A state champion Skyline in the semifinals next Saturday. Kickoff time hasn’t been set.

A jubilant crowd braved the elements to support their team and celebrate the victory that sends them to the Tacoma Dome for the second year in a row.

Head Coach Jon Eagle said, “I’m really proud of the team and what we’ve achieved this season. We’re here because of hard work and focus.”

He continued: “Camas has been playing football for over 100 years, and this is the first time the team has won 12 games in a season. I’m just super proud of our kids for they way they play and prepare every week.”

Camas got an early lead with a 22-yard touchdown run by Nate Beasley less than four minutes into the game. Shortly after, Federal Way fumbled the ball on their 10-yard line and Camas quickly recovered it, seizing the opportunity for another touchdown. The score was 14-0.

The Eagles then scored a 35-yard field goal, after which Dylan White caught an 18-yard touchdown pass from quarterback Reilly Hennessey. John Norcross had a great night with two touchdown runs, and Beasley added two more touchdown runs to put the Papermakers up 51-17 at halftime.

Hennessey said: “We have total respect for Federal Way – they’re a tough team.”

Camas continued to run the score up in the last two quarters with some great offensive plays by Beasley. White also commended the Camas defense for a job well done. 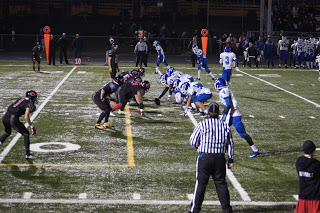 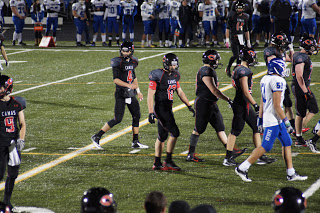 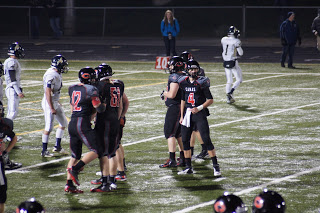