Camas, WA — In collaboration with the Leukemia and Lymphoma Society and Compass Oncology, the award-winning Camas High School Theater Department is preparing for their premiere of “Sillyheart,” which is a 40-minute play about a young person’s cancer journey.

“It’s a play about an 8-year-old girl with leukemia that’s been in remission, but then the cancer becomes more aggressive,” says the play’s director, Sean Kelly. “The play is about how she maintains hope through her connections to a fairy tale called ‘Sillyheart.'”

Kelly explains it’s about how this princess uses courage and good will to deal with this terrible time. “It’s how the family stays afloat,” says Kelly.

All proceeds go to the Leukemia and Lymphoma Society Light the Night walk to help support research for blood cancers. 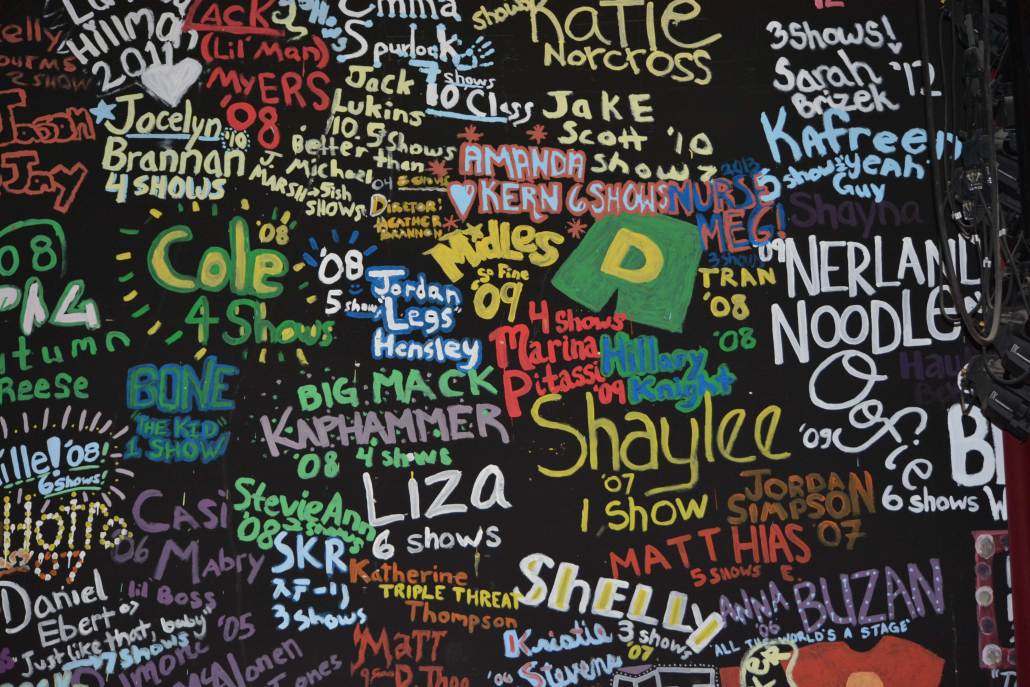 Moviegoers waited out into the sidewalk to get in as many reminisced about going to see movies there as kids. Many came to celebrate both anniversaries.

“We’re really big fans of ‘The Princess Bride,'” said Adam Corey, who brought his wife, Kati, and two sons, Jacob and Will, to celebrate. “We love the comedy, the characters, Andre the Giant. Plus, the Liberty is small, intimate, they have great service, and they serve beer here!”

Corey said they come when it fits their active schedule, and they always try to come here first — before going to other theaters.

“And we love Rand (Thornsley) the owner,” Corey added. 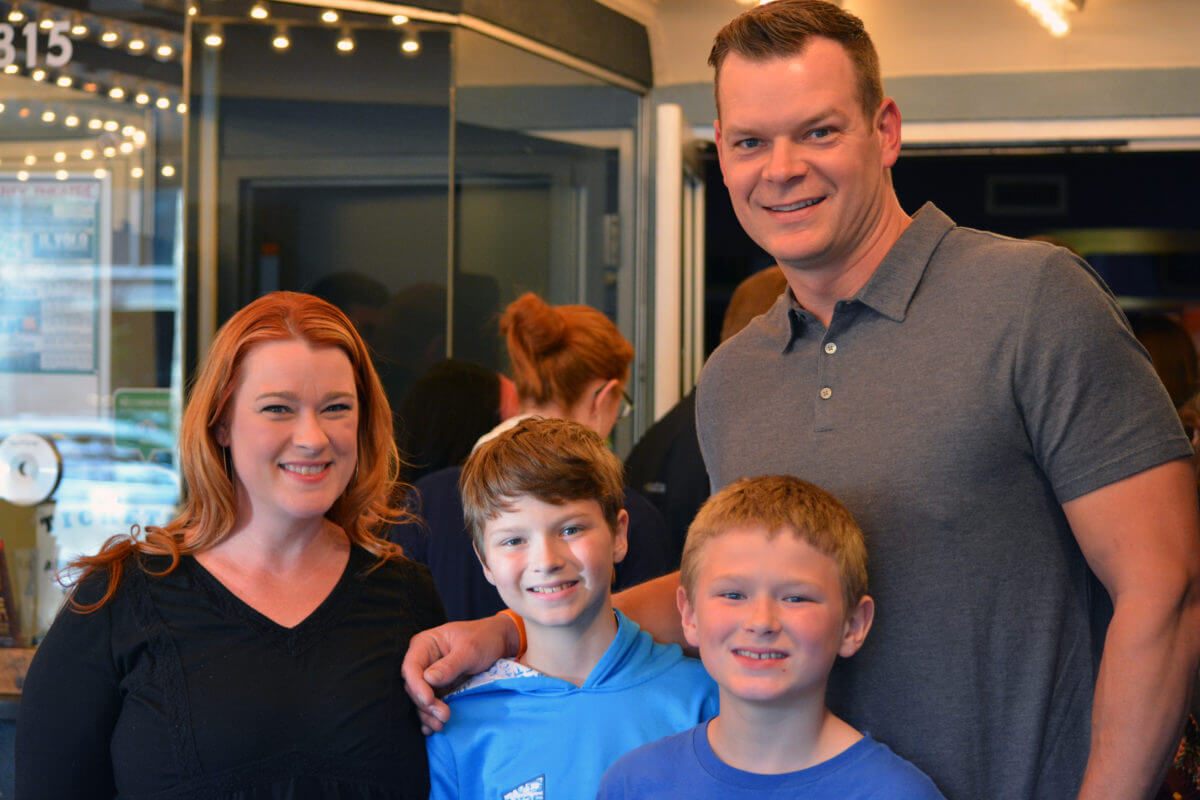 The Corey family at the 90th birthday of the Liberty Theatre. From left: Katie, Jacob, Will, and Adam Corey. 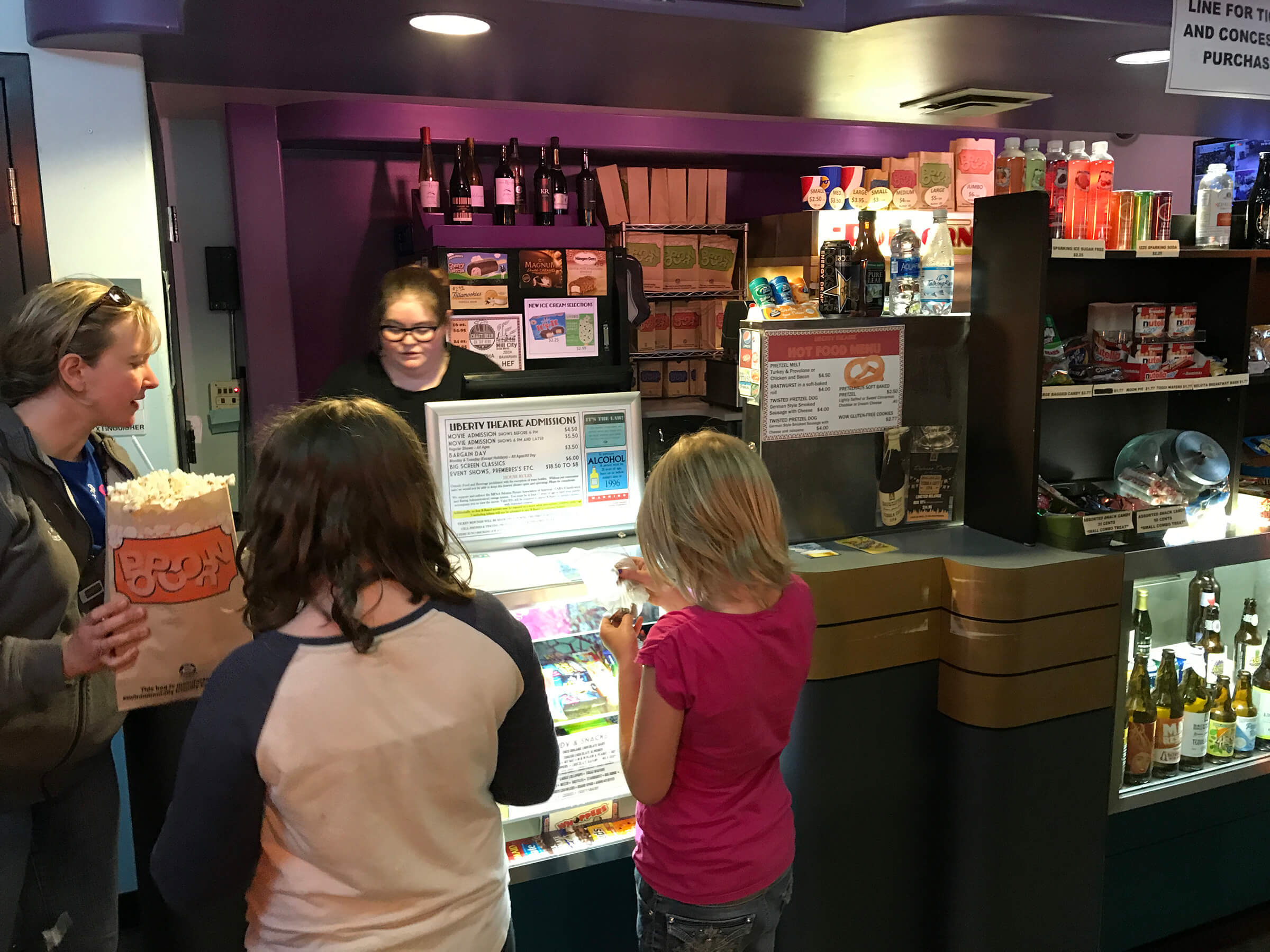 The concession stand was super busy.

On this day in 1927, the Liberty Theatre first opened its doors. At that time, it was called The Granada. Local leaders and several investors raised the money needed to build the structure, which cost $75,000. That was an incredibly large sum of money in 1927.

The first film at the theatre was “Lost at the Front.”

Since then, the theatre has changed hands many times, and went into disrepair. Previous operator, Greg Wood, did a lot of renovations in the 2000s, bringing some state-of-the-art sound equipment and a new screen. When he tried to purchase the historic theatre, negotiations failed, and he left to operate a theatre in Portland.

The Liberty closed in 2009, and remained dark for nearly two years — until Thornsley reopened its doors, breathing new life into the downtown marquee.

The first 100 guests at Wednesday’s event received a special commemorative poster for the occasion. 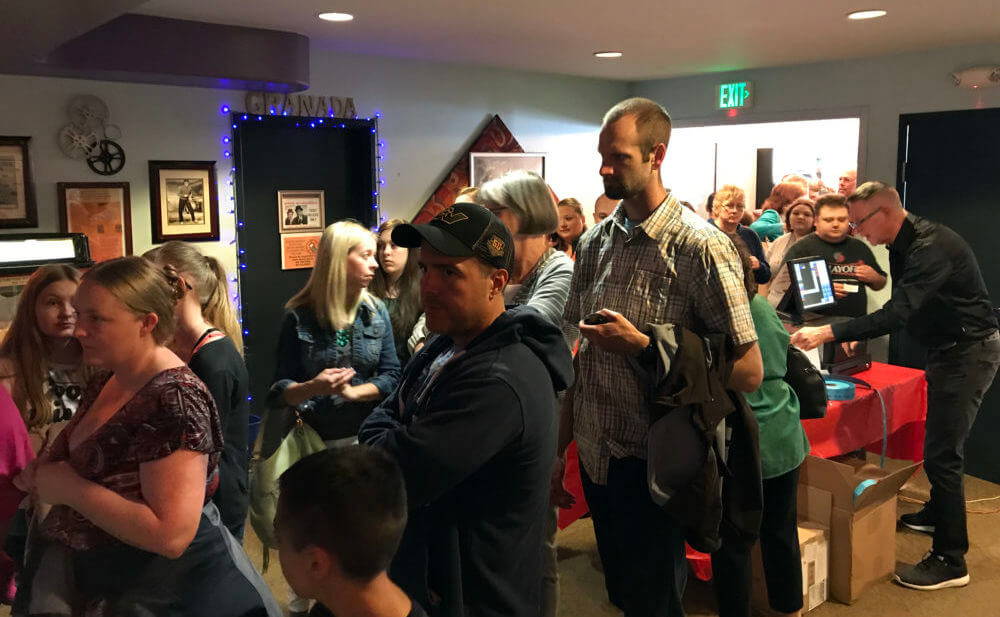 Moviegoers wait in line for concessions. Gotta have popcorn! 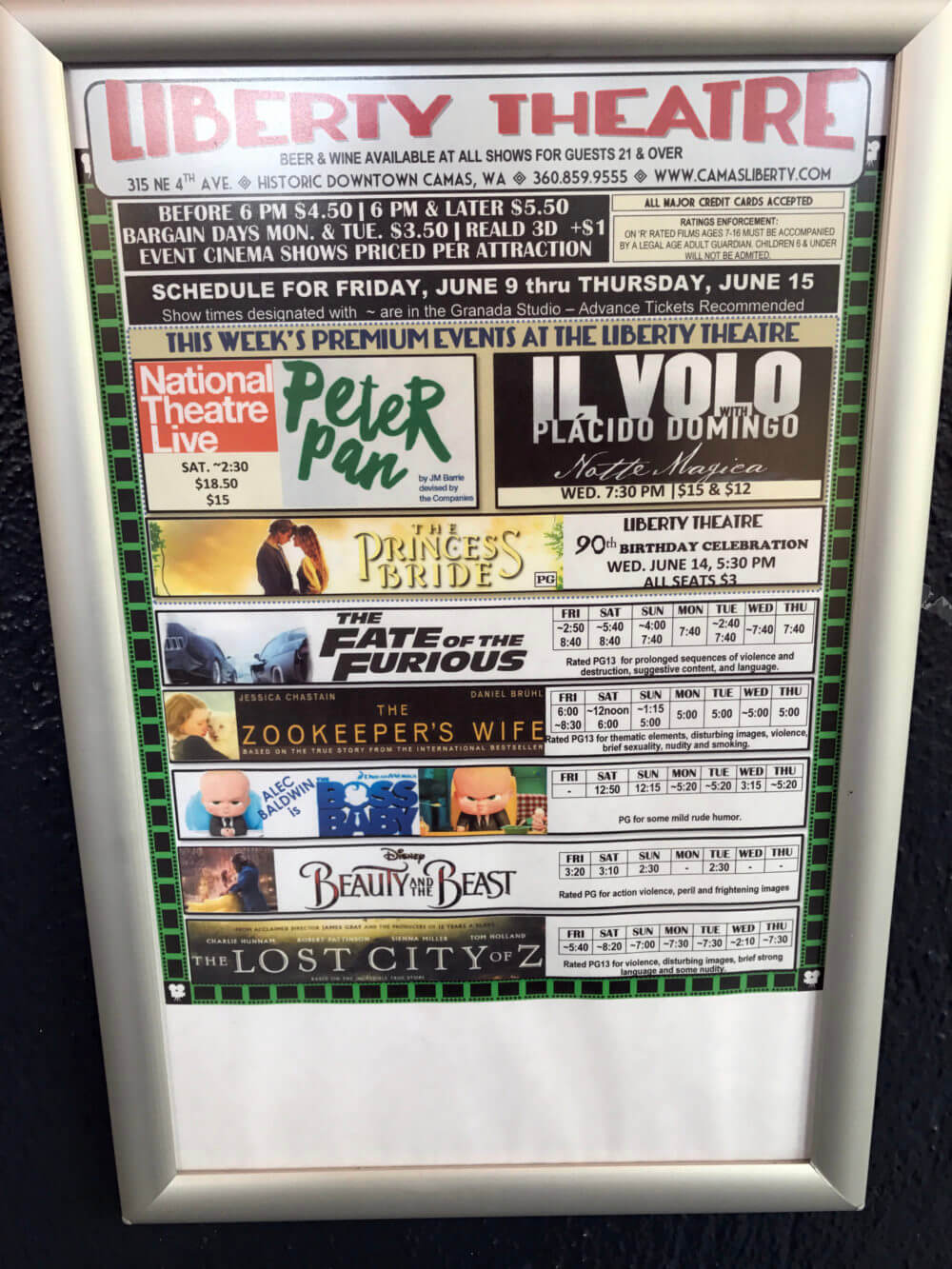