It was a fun baseball night. The boys came out swinging Monday night with a 2-run single by Thomas Clute and a sac fly by Andrew Kralj, which scored four runs for Camas at the top of the first inning.  Camas pitcher, Jake Swenson, had two strikeouts and held Bainbridge Island to one run to end the first inning.

Trevor Wong came into pitch for Camas at the top of the second and would pitch the rest of the game.  Camas was able to hold Bainbridge Island to a single run until the bottom of the fourth inning, when they rallied and scored four runs, putting Bainbridge Island ahead 5-4.

The Camas All-Stars loaded the bases and a base hit by Andrew Kralj brought in the tying run.  With the score tied 5-5, at the top of the top of the 6th, Cade Gehlen started a Camas rally with a double and was able to score the go-ahead run with a hit by Trevor Wong, making the score 6-5.  The Camas defense was able to hold Bainbridge Island for the next three outs winning the game with a final score of 6-5.

The boys have been playing since Saturday, and face neighboring Salmon Creek (District 6) on Tuesday evening. Since losing Sunday afternoon, Camas has been playing in the loser’s bracket, which is a tougher road to travel. 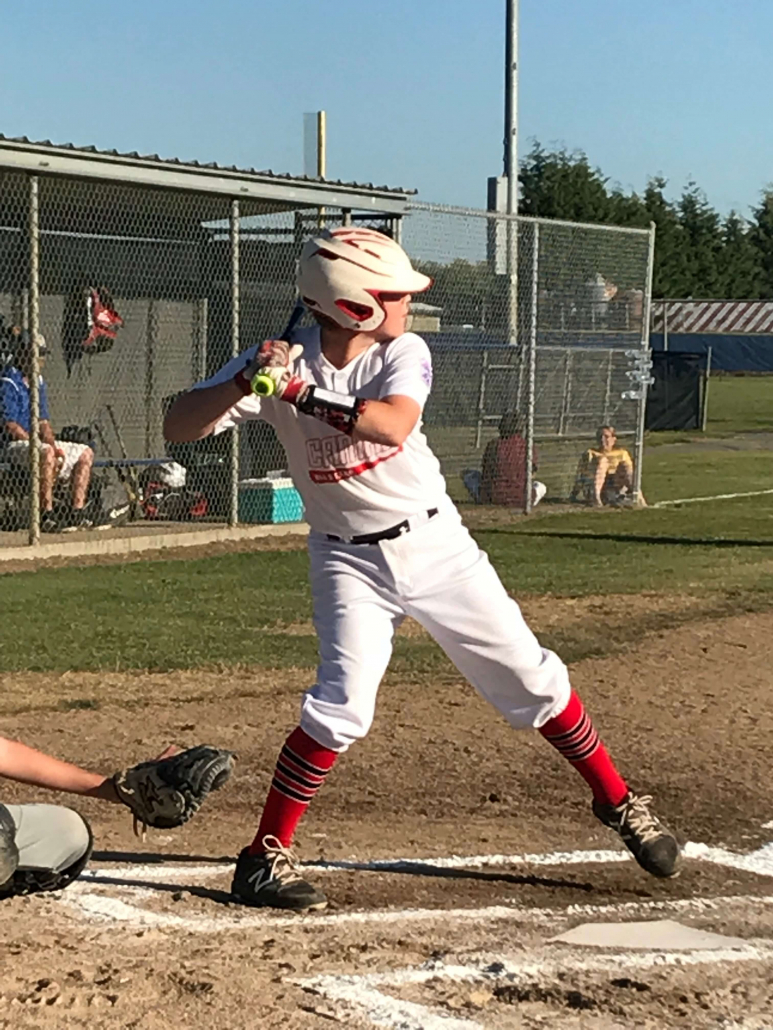 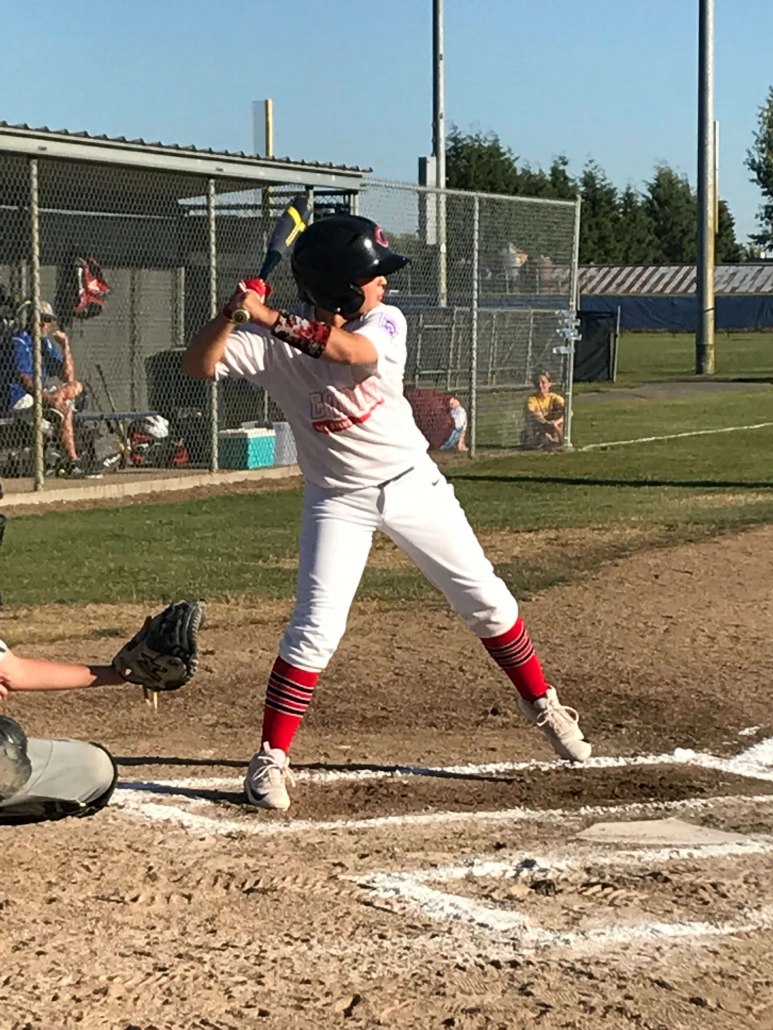 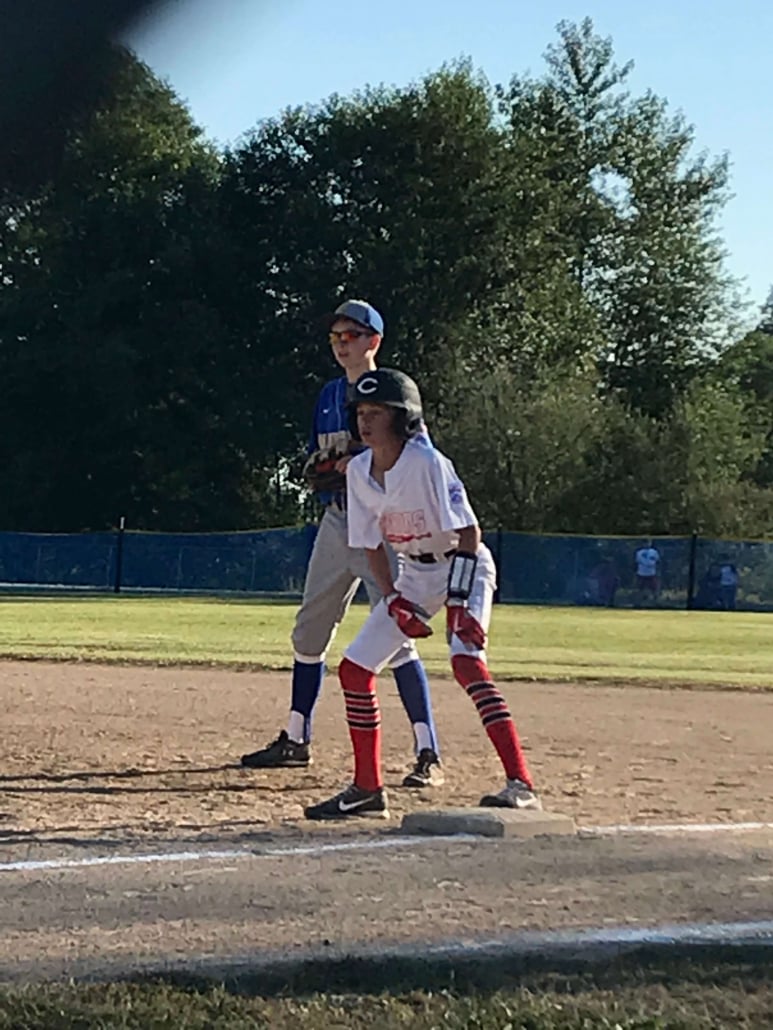 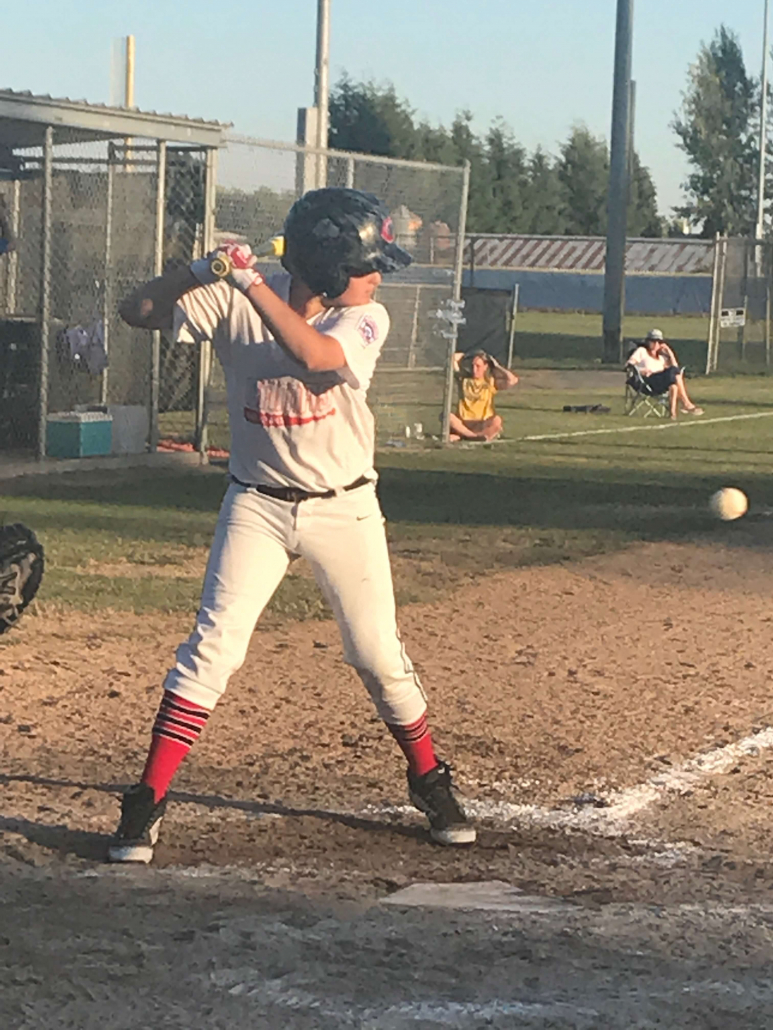 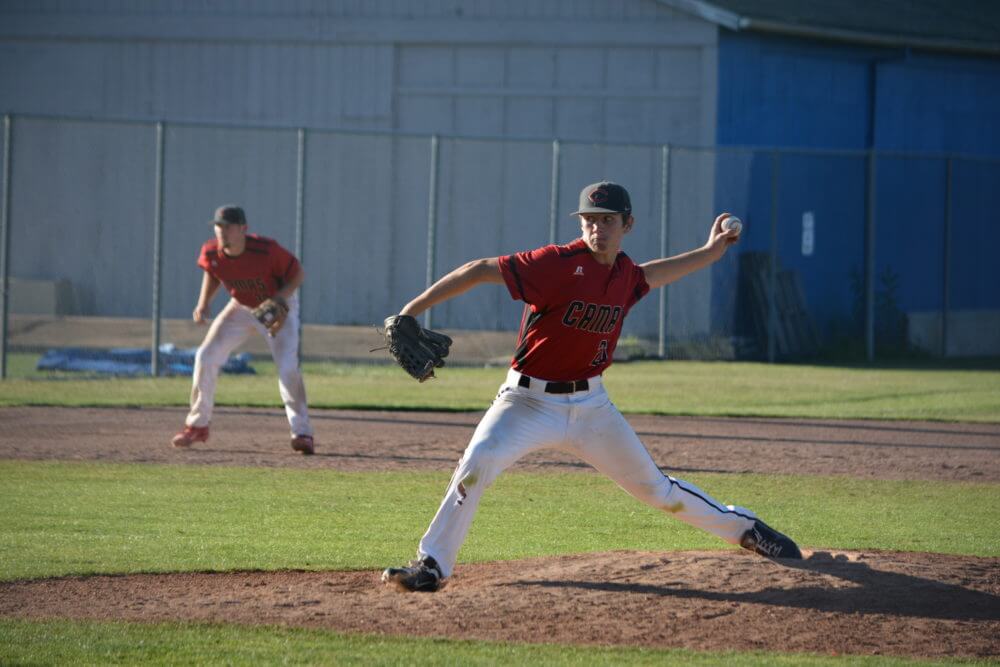 Both teams are undefeated in their respective tournaments.

The All-Star team, which is coached by Casey Taylor, Bryce Gehlen, and Bryan Williams, will play the winner of today’s 4 pm game on Monday at 5:30 pm. The winner of the District 4 Tournament Championship will represent District 4 at State, which will be held in Federal Way, WA.

The Papermakers team, which is coached by Stephen Short, has been playing an aggressive summer schedule with multiple tournaments and regular games. During the semi-finals, they pitched brothers Sam and Gideon Malychewski.

Little League is coming back! Camas Little League begins its In-Person Registration this weekend. Interested boys and girls, ages 4-18, who want to play baseball or softball, are encouraged to sign up.  Challenger division is available for mentally/physically disabled players, ages 4-18.  All participants must reside within the Camas Little League boundaries, unless  you qualify for a boundary exception. If you think you do, please contact the League President, Doug Speas.

For the first time in recent history, Camas Little League is having its opening night in March. Recently, the league board voted to start the season two weeks earlier than usual, in order to have an extended playing season.

The first games begin tonight at 5 and will continue at 7:15 pm. 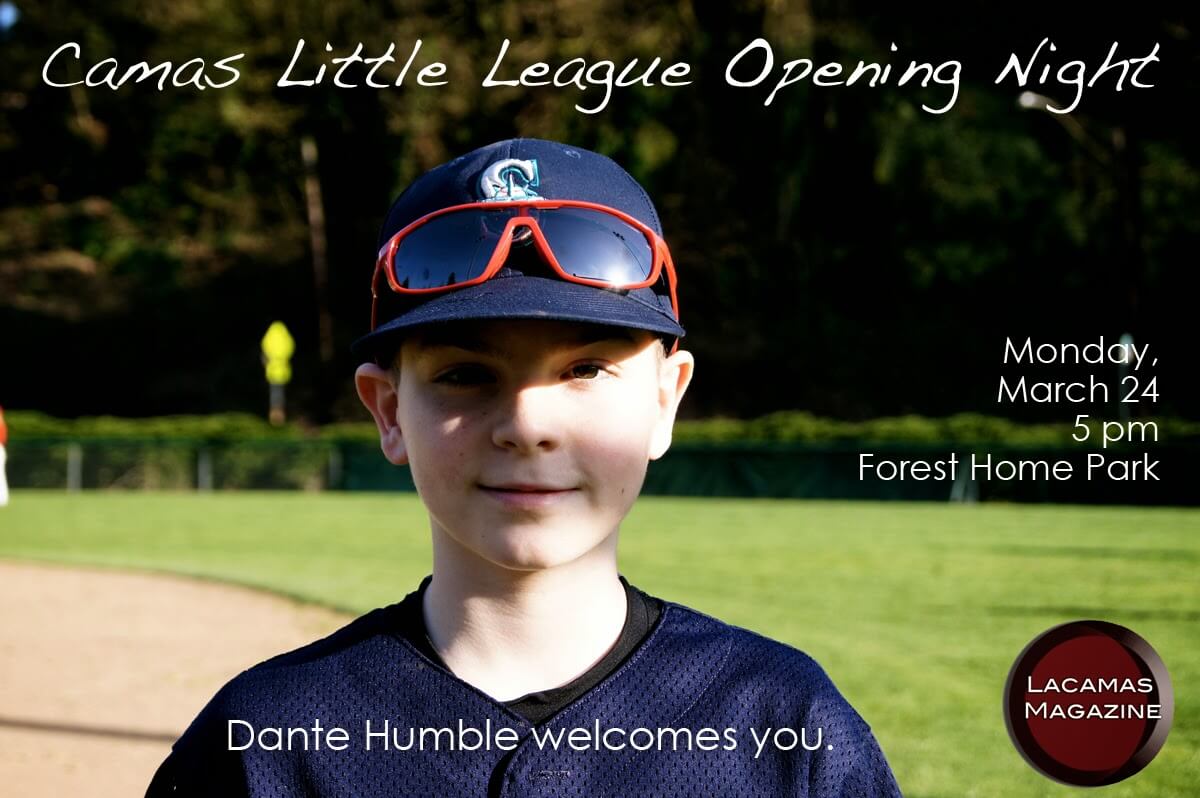 For additional information, go to www.CamasLL.com

The 10/11 boys head to State Tournament later this week in Gig Harbor, WA. The team is coached by Andy Ott, Brad Day, and Bob Gibbs. Photo provided by Kathy Birchem.

CAMAS — With more than 550 kids playing on 40 teams, the Camas Little League regular 2013 season officially came to an end on Saturday with the pomp and circumstance that comes with celebration of a sport beloved by millions.

The season concluded with Closing Ceremonies, (hosted by league president Doug Vaughan) which began with the singing of the National Anthem as the upper division teams gathered on the East field at Forest Home Park. Trophies were presented to first and second place teams from their respective divisions.

In softball, the Camas Flame won the Minors division, and they were followed by the Vipers.

The All-Star teams for the Majors, AAA and Minors Softball teams were also announced. Games begin in two weeks. For a list of All-Star teams and their managers/coaches, please go to this link: www.CamasLL.com

In all there are nine divisions in the league: Juniors, 50/70, Majors, AAA, AA, A, T-ball, Minors Softball and Pee Wee Softball.

The Rangers continued their winning streak, beating the Mariners, 8-5, in a good game that saw some odd plays and fun times for the Little Leaguers.

The Rangers started with Kandai Shimada on the mound. Shimada, whose steadfast and focused pitching helped secure his team’s top placement weeks ago, struggled a bit and gave up a couple runs early on. The Mariners, for their part, hit well, and made some good defensive plays.

Miller was relieved by Tyler Renteria.

The Rangers’ Shimada was relieved by Kyle Hunt, who did a solid job. Offensively, the Rangers found their bats late in the game and secured their victory, winning 8-5.

The Rangers, coached by John Blair, Kris Jamison and Brad Pershing, struggled in the semi-finals on Thursday against the Cardinals and fell behind 13-8 in the fifth inning — only to rally 13 runs in a single inning.

The “littles” as Blair calls his youngest players (Zach Blair, Luke Jamison and Aaron Geigenmiller) carried that game as Jamison played behind the plate, and Blair and Geigenmiller pitched. Geigenmiller closed the game, and “I think he’s the only 8-year-old to have a win in a semi-final game,” said Coach Blair.

The Rangers won that game, 21-16, which brought them to Saturday’s finals. The Mariners, coached by Jerry Burnett, Curt Renteria and Jay McGuire, placed second in league and in the tournament.

Camas Little League held its final day of regular season events culminating in the Majors Championship Finals at 5 pm Saturday between the Yankees and Mariners.

The Mariners (11-4) faced No. 1 seed Yankees (12-3) for the annual event, with the victor earning bragging rights as best in the league. The Mariners quickly put one run on the board as lead batter Christian Geigenmiller earned a base hit and was advanced by his teammates.

The Yankees, who started with Drew Ott, quickly responded at the bottom of the first and earned three runs early in the game. The rest of the game was a battle royale pitting two solid offensive and defensive teams. Both teams played a good, clean game.

The Mariners started with Christian Geigenmiller, who pitched few innings, as several fans questioned a number of behind-the-plate calls. The intensity of the game was palatable.

Christian Geigenmiller was injured as he tried to cover home as Jefferson Jackson successfully scored. The two collided as Geigenmiller tried to get the out. He limped along in the heat for the remainder of the game.

The Yankees relieved Ott after a couple of innings and closed with Shane Jamison, who threw a mean fastball. Jamison pegged Mariners hitter Jake Blair in the helmet, and also seriously hit Eli Ferres in the shin. Ferres was down for a couple of minutes until he limped to first base. Then Jordan Geigenmiller was hit in the lower back by a wild pitch.

“It still hurts pretty bad,” said Jordan, a few hours after the game.

The Yankees held onto their three-run lead until Mariners hitter Zach Terry broke the game loose in the fourth inning with two runners on base. He cranked it out to deep center-right where it bounced and went over the fence. The two runners scored and tied the game 3-3. Because the ball hopped over the fence, Terry was limited to two bases.

“I think he was just happy he didn’t get hit by the ball,” joked Kevin Terry, Zach’s dad. “The look on his face as he rounded second was priceless. I don’t think he knew what happened.”

Then Jordan Geigenmiller’s brilliant bunt advanced a runner, putting the Mariners ahead 4-3, where the score would remain.

Josh Mansur did an excellent job closing for the Mariners, and limited Jamison, the league’s home run king to base hits.

Thursday night’s Camas Little League’s game between the Majors Reds (3-1) and Majors Mariners (4-0) was a sight to behold for baseball fans, as four players hit over-the-fence home runs, creating a sense of emotion and drama.

Reds slugger Zach Convey, who hit the season’s first home run (a grand slam) on his team’s opening day, got it started in the first inning as the ball sailed right over the fence. Mariners hitter Joey Schnell answered back with a home run of his own as the game remained tight until the fourth inning.

Reds pitcher Rylan Marshall crushed the third home run of the night, and he was followed by Reds slugger Kolby Broadbent, who hit his second home run of the week, this time bringing in two of his teammates. Broadbent’s muscle gave the Reds a 8-5 lead, with the Mariners looking flat.

“It was a great night,” said Broadbent. “We’re having fun!”

But the Mariners weren’t done. Not by a long shot.

They came back to rally at the bottom of fourth, and managed to score six runs with two outs on the board. Jordan Geigenmiller kicked off the two-out rally with a base hit and it didn’t stop until the Mariners had gone through their entire lineup. The boys just kept hitting their way through. Geigenmiller and Joey Przedwojewski actually batted twice in the fourth inning.

Josh Mansur closed and struck out the remaining Reds players. The Mariners won 11-8.

“The blood pressure went up while the Reds kept hitting it over the fence,” said Mariners Manager, Jeff Mansur. “Then our boys fought back. It was nice to see.” 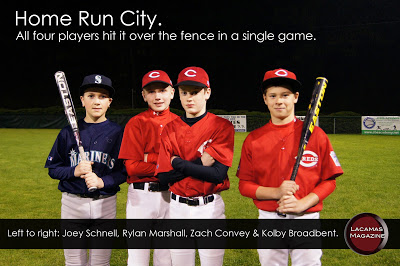 After weeks of practicing and months of preparation, Camas Little League’s 2013 season begins today with games starting at 5 pm at Forest Home Park and at 5:30 at the Liberty Softball fields. Games continue at 7:15.