VANCOUVER, WA — The Clark College Concert Band under the direction of Dr. Doug Harris presents its Fall Concert “Fanfare and Dances” on Friday, December 6, 2019, 7:30 pm at the VSAA Durst Theatre. The first half of the concert will be comprised of chamber ensembles from within the band. Performing groups will be the Brass Choir, Woodwind Choir and Percussion Ensemble.

The second half will predominately feature by American composers. The opening work isFanfare for Band and Antiphonal Brass, by Fisher Tull, to be followed by Percy Grainger’sMock Morris, Sheltering Sky, by John Mackie and a relatively new work by composer Michael Gandolfi, Vientos Y Tangos (Winds and Tangos). This work explores the extremely evocative Argentine tango, with a 21st-century twist. The concert will conclude with standard of the wind band repertoire, John Zdechlik’s Chorale and Shaker Dance.

For complete information about all the Clark College Music Department concerts including the orchestra, concert band, jazz ensemble, and choirs, please seehttp://www.clark.edu/campus-life/arts-events/music/music-concerts.

Dr. Harris received his Bachelor of Music Education from the University of Florida, his Master of Arts and Doctor of Arts from the University of Northern Colorado.  His conducting teachers include Richard W. Bowles, Dr. Raymond Chobaz, Dr. German Gutierez, Dr. Richard Mayne and Dr. Kenneth Singleton, and has studied with Douglas Akey, Stanley Derusha, John Paynter and Frank Batiste.  At his most recent high school, Palm Bay High School in Melbourne, FL., his concert and jazz bands were recognized as being among the elite in the state, regularly receiving highest marks at district and state festivals.  The Wind Ensemble was invited to perform at the University of Florida Invitational Concert Band Festival as well as the prestigious Bands of America National Concert Band Festival in Indianapolis.  The top jazz band performed at, and won, jazz festivals in Florida, Georgia and Virginia, and has earned praise while performing with jazz notables such as Ira Sullivan, Bill Prince, Marc Dickman, Christian Tamburr, Maynard Ferguson, David Steinmeyer, Bobby Shew and Portland’s own Charlie Porter.

Portland, OR — They only perform a few times a year, but two local Clark County-based volunteer Portland Choir and Orchestra members say they’re grateful to be part of such a prestigious organization.

The group recently performed an eloquent Christmas Concert at the Newmark Theater, in downtown Portland, which helped usher in the holiday season.

Curtis Bedont, a Camas resident, and Marc Davis, a Washougal resident, both have respective orthodontic and chiropractic practices in Clark County. Both shared their thoughts with us about singing for the Portland Choir and Orchestra.

“This is my third year singing with the Portland Choir and Orchestra,” said Bedont. “The PCO is a combination of professional and amateur musicians and I am definitely on the amateur side. Before I started singing with them I would have never imagined that I would be part of such an amazing organization. Every concert I am blown away by the professionalism of the leadership of the choir who organize everything together into a Class Act performance. This Christmas concert was no exception. With the combination of our choir and orchestra as well at guests Edmund Stone and the Bells of the Cascade, this year’s performance was so fun to be a part of, and everyone that I spoke to that attended loved it! The mission or tag line of the Portland Choir and Orchestra is ‘Inspiring the Northwest’. This is achieved by providing quality musical performances at an affordable ticket price. We have choir practice Thursday evenings and I look forward each week to going because it is so fun and inspiring to sing with this group.” 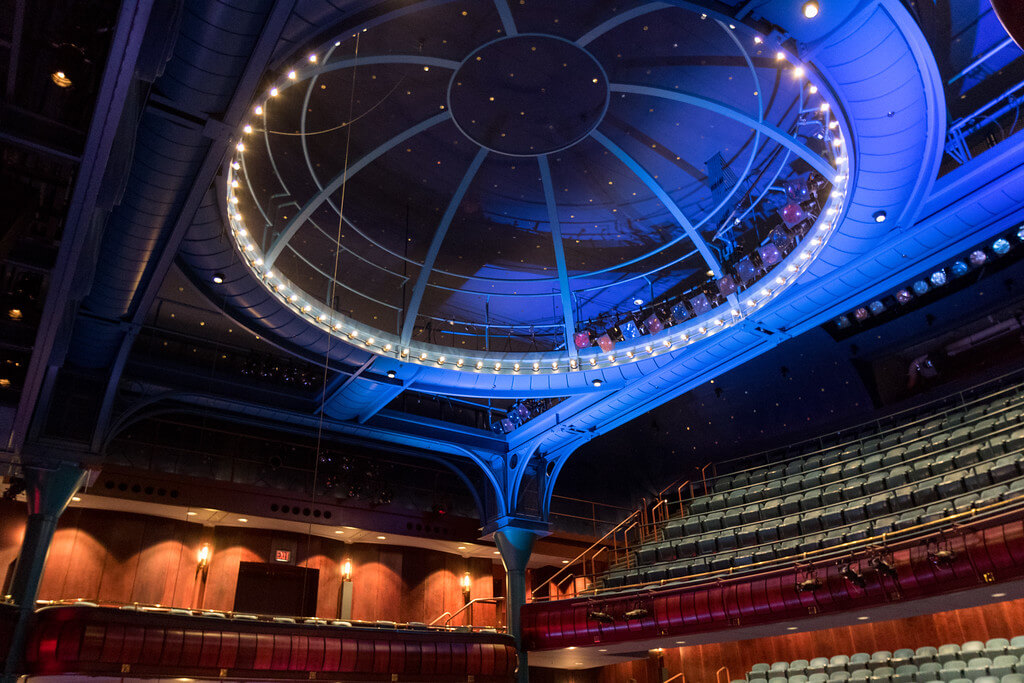 Inside the Newmark Theater.

“I sang with the choir for a year and a half and then my schedule was just too busy so I took a year off,” said Davis.  “I missed that inspiration that singing in a top notch Choir brings. Needless to say, I rejoined the Portland Choir and Orchestra this past season. The practices each Thursday are a highlight of my week. They are like therapy to me — with the beautiful harmonies and the music we sing. Our Christmas Concert this past Saturday achieved its goal of getting my family and many others into the Christmas Spirit. Loved it. Dr. David Thomas is an amazing, accomplished Artistic Director and leads us each week. Dr. Ed Higgins masterfully directs the Orchestra. The Bells of the Cascades is led by young 23 year-old prodigy Matthew Compton. We in the choir loved having him direct one of our songs.”

The service our veterans and their families provide our country is heroic even if they (and we hope they don’t) ever see a battlefield. For veterans returning home, they often find they have sacrificed more than we ever could have asked of them. Homes, jobs, physical and mental health are all on the line. War is terrible, coming home shouldn’t be. 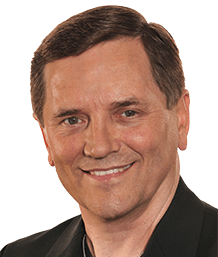 The Clark County Veterans Court Board is an organization that helps veterans throughout SW Washington who have struggled. Physical injuries and emotional scars can surface in the form of substance abuse, family strife and even aggression. The Clark County Veterans Court Board helps our local veterans reintegrate and thrive when they are at their lowest. Fellow veterans from peer mentorships helping returned soldiers navigate the Veteran’s Administration health, legal and support systems. Judge Darvin Zimmerman understands the challenges veterans face and is the founding judge of the veteran’s court as well as its tireless organizer and advocate.

On Saturday, April 27th, the Luepke Center will be the site of a family friendly multi-act pop and country concert. Headlined by Ricky Lee Jackson with Shawna Quade and the Jackson Band, the concert features two performance times. A matinee kicks off the day at 2 p.m. and is capped by an evening 5 p.m. concert. Joining Jackson and crew are National Fiddler Champ – Cynthia Hamm with Don MItchell, Jesse Wade Holyk, and The Washington Old-Time Fiddlers. Miss Clark County’s Outstanding Teen 2013 Dayzsha Ab-Rahman and The Young Marines will also be taking part in the festivities. Beverages and gourmet desserts will be provided by Goldies BBQ.

Where have you heard of Ricky Lee Jackson? The patriotic, family-focused crooner is Dr. Rick Jackson, owner of Ashbrook Family Medical. His wife, Jeanine, is the founder of Ashbrook Aesthetics. The talent in the Jackson household doesn’t stop with Ricky Lee. Fans of ABC’s “Nashville” will recognize son Jonathan who also fronts the rock band Enation with his brother Richard and bandmate Daniel Sweatt. Prior to the show “Nashville,” Jonathan was a staple on General Hospital for years as “Lucky Spencer”.

Enation’s songs have been featured on the show “One Tree Hill” and MTV.com. Richard has had his regular stint in Hollywood with the show “Ally McBeal”. Ricky Lee’s daughter Candace is a prominent attorney and published author best known for setting the political world straight.

Ricky Lee himself has been on the national stage, performing his song “Freedom, Family and Faith” on the morning show Fox and Friends. Other than practicing medicine and parenting exceptionally talented children, Jackson is most widely known for performing for benefits. Putting his voice where his heart is, Jackson delivers an inspirational message in his music, befitting of the lives the concert hopes to touch. Come support local veterans who can use a hand up. Bring your family and your appetite along with open ears and hearts on April 27th.

About the contributor: Seth Sjostrom is a local resident and author. His novels Blood in the Snow, and Finding Christmaswere released in 2012. Blood in the Waterreleases this spring. Seth co-produces the children’s magazine Kids Ink NW and I s a regular contributor for Lacamas Magazine. For more information on Seth or his books, visit www.wolfprintpublishing.com.

Vida’s Ark is a young mother’s shelter in Vancouver that provides a safe, nurturing home for struggling teen mothers in Clark County.
The organization was founded in 2007 as a shelter to provide safe, supportive living conditions while teaching young mothers life and parenting skills to become self-sufficient, educated and healthy and parents themselves.  Our home provide a place for hope, healing and restoration.
The Mission of Vida’s Ark is to assist homeless teen mothers, and their children, by providing a safe, supportive and nurturing home; while teaching them the skills to become self-sufficient and to complete their high school education.
To learn more, visit www.vidasark.org 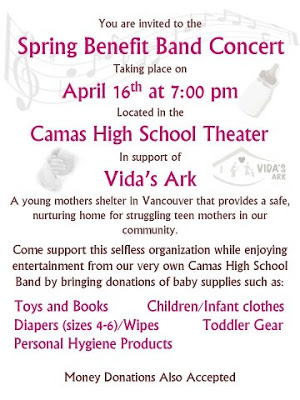