For the last 30 years the Nissan Sentra has been an able car with good gas mileage and a proven reliability record. It was the car seen at the high school student parking lot, in front of college dorms, on daily work commutes or driven by young families.

It’s been the car that COULD, and has been a very practical part of the American scene.

The completely redesigned 2013 Nissan Sentra continues that tradition, but it also earns some serious style credentials. It almost feels like the car grew up, and is ready for a different phase in its history as it competes in the small sedan market. Its nose gives it a more sophisticated presence while the redesigned taillights have an Infiniti aura. And it also has a more aerodynamic look than the previous model. This new model rests on an all-new platform that is about two inches longer and 150 pounds lighter.

The SL model we tested had a gray interior that was practical, surprisingly roomy and cleverly designed. The dashboard ergonomics were impressive, but also simple, with a fun-to-use touch command center. You instantly felt comfortable and in control of the car’s electronic features.

Nissan engineers were generous with interior space, giving the car plenty of head and legroom with enough space leftover for a nice size trunk. It was enough to haul four baseball gear bags, catcher’s gear, and four school backpacks with room to spare. 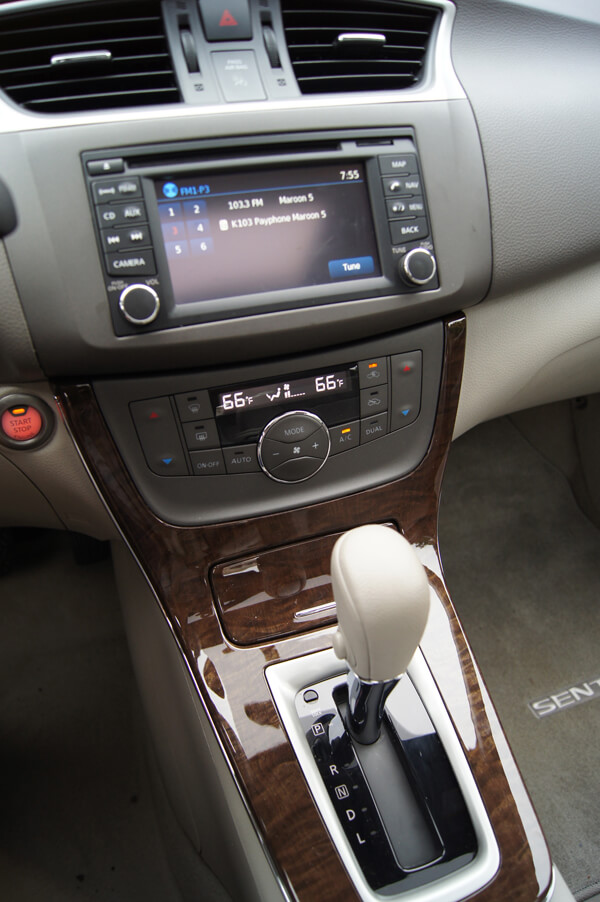 We tested the Sentra on winding Pacific Northwest roads and freeways, and spent a lot of time touting it around the city. Though no racecar, the Sentra has adequate acceleration and a solid ride for 1.8L four-cylinder vehicle (putting out 130 horsepower). It moved when we needed it to, and we arrived at each destination in style. It handled corners well.
The CVT transmission was designed to be more compact and economical and it performed quietly in both city and highway driving. 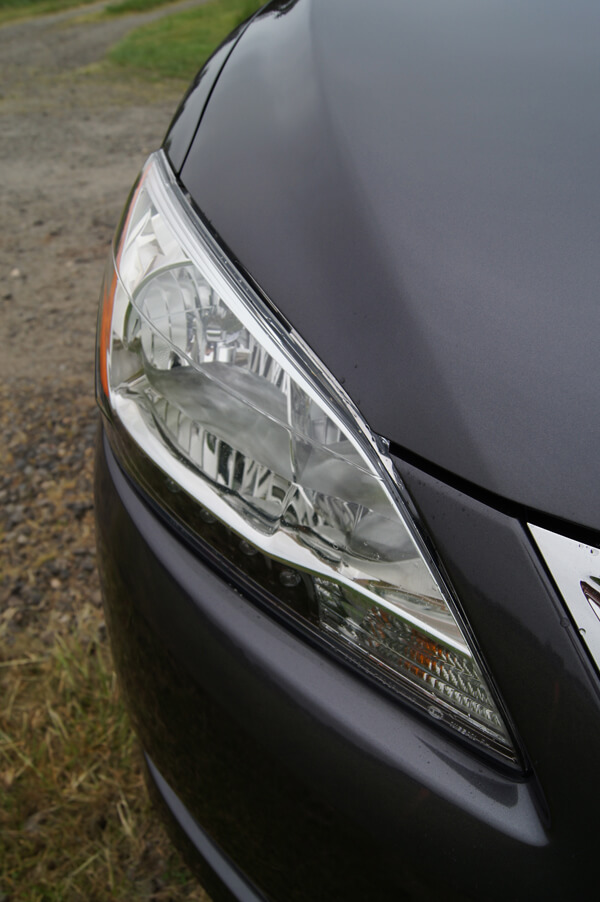 The SL model starts at $19,590 MSRP and touts 39 mpg highway/30 city. We feel that’s a very good price point for a car in this class. During our weeklong test period, the Sentra averaged 29.2 miles per gallon. And we did a lot of city driving.
Nissan offers the car in eight exterior colors with seven interior trim options. The SL comes with the following:

It also had a kicking sound system with Bose speakers.

Our verdict: The 2013 Nissan Sentra has stepped it up a couple of notches in terms of style, design, space and comfort but has maintained its roots as being a practical car with good gas mileage. 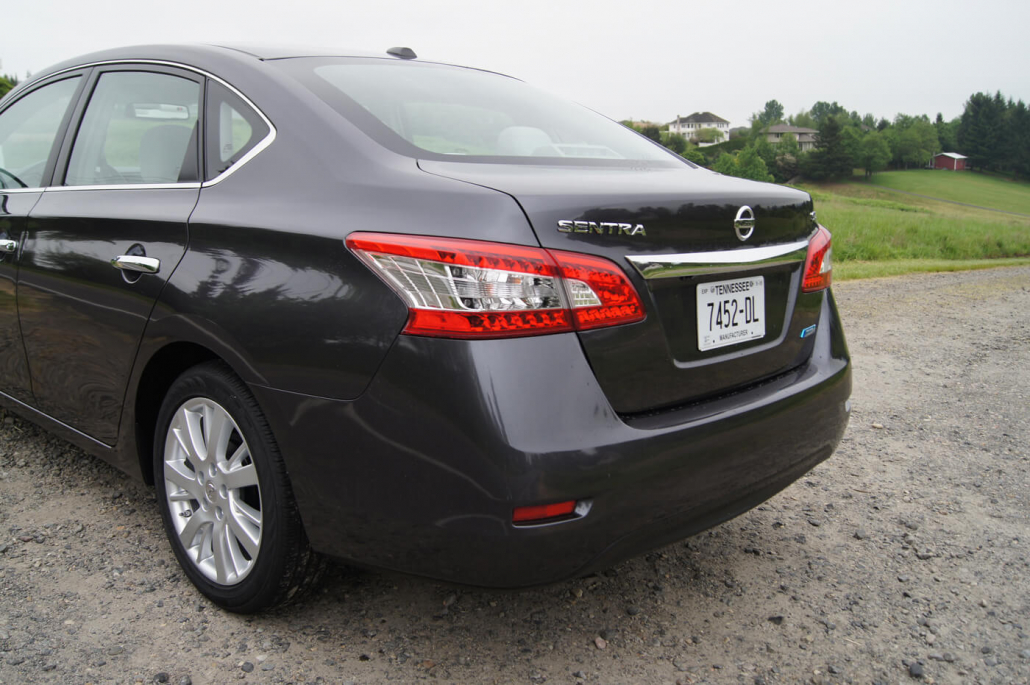