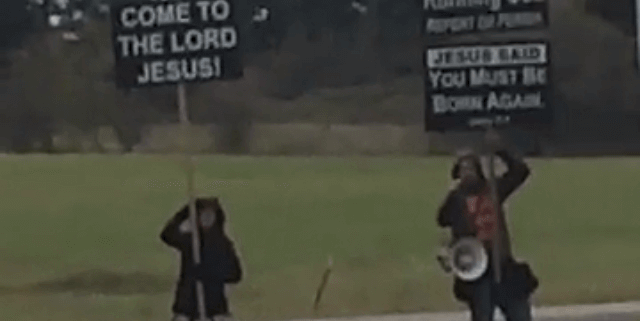 This afternoon, a few protesters gathered in front of Camas High School to protest the current production of “The Laramie Project” by the school’s drama department. Some students interacted with the protestors, and security was called to the scene.

This afternoon there were two individuals expressing their religious beliefs, via signs and a bullhorn, across from the Camas High School bus parking area as students were leaving for the day. This event created a commotion and, unfortunately, some strong feelings and expletives were expressed.

The CHS security team, administrators, and the School Resource Officer were on site ensuring the visitors stayed on the public sidewalk away from students. The visitors left after the CHS students departed.

This protest was likely brought to our campus in response to the CHS drama department’s presentation of The Laramie Project—the story of Matthew Shepard, a homosexual student from the University of Wyoming, who was brutally murdered in 1998. To learn more about why we selected The Laramie Project, read Director Sean Kelly’s notes.

We want you to have context about the incident today in case your student(s) have questions.

Empathy is a skill that must be practiced. The best way to practice it, in my opinion, is to listen to the stories of others’ struggles. If we consciously practice empathy while doing so, we begin to discover that we have a lot more in common than we ever imagined. It’s a lot harder to hate someone once you get to know them and what they are up against. Matthew Shepard was brutally beaten and murdered because he was gay. His story sparked a national conversation that we are still having today.

When I was a young man, I was harassed and threatened, shunned and whispered about in my hometown. Once, a couple of men in a pickup threw a 32-ounce soda at me as they drove past and yelled “faggot”. They circled the block a few times and shouted obscenities and threatened to assault me. I can’t claim to fully understand the challenges that a member of the LGBTQ community faces because I am not a member of that community, except as an ally. But my experiences as someone who was targeted by hatred based on what other people thought they saw was a revelation. How must it be to fear this every day of one’s life?

When I visited Laramie a few years ago, years after the death of Matthew Shepard, what struck me the most was how much like my hometown it appeared to be. It seemed a place that was idyllic and easy, with a beautiful view. There were places that were rough around the edges, and it seemed in every way like it could be any town in the USA. And that, I suppose, is what troubled me the most. The stories of the people in this play sounded far too familiar.

Hate groups have been reawakened. Violence and harassment have never gone away, but there has been an increase in violence targeted at minorities and LGBTQ people. We feel it everywhere we go: our relationships are strained and uneasy. Everyone is on edge about something. It has been 19 years since Matthew Shepard died, and it seems tensions around this topic are only more strained than ever. But I reassert these things that I hold true:

Opposition to prejudice should not be a political issue.

Opposition to those who would commit violence should not be a political issue.

We desperately need to start listening to one another.

“The Laramie Project” continues its performances this Friday at 7 pm, and Saturday at 2 and 7 pm. 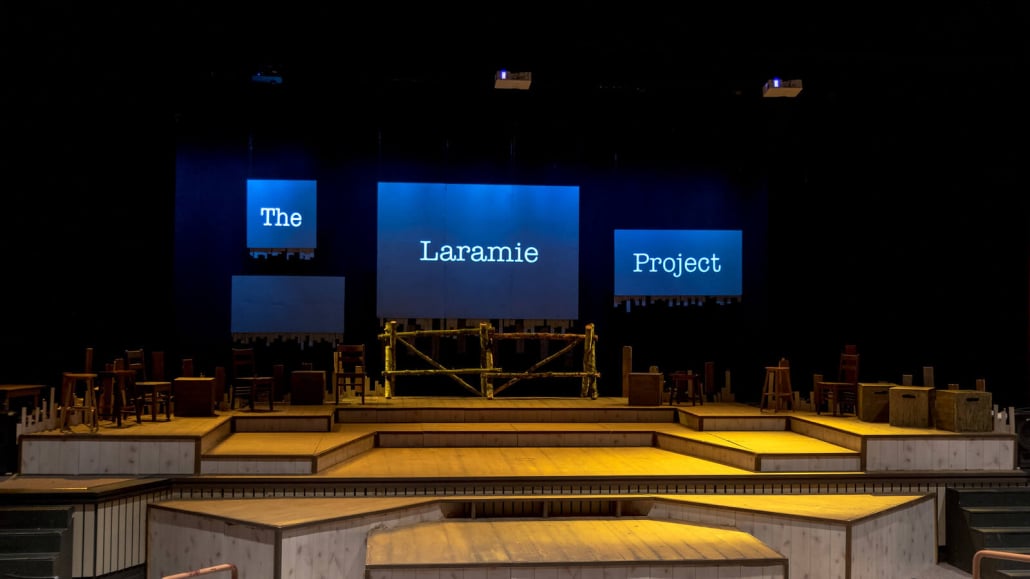 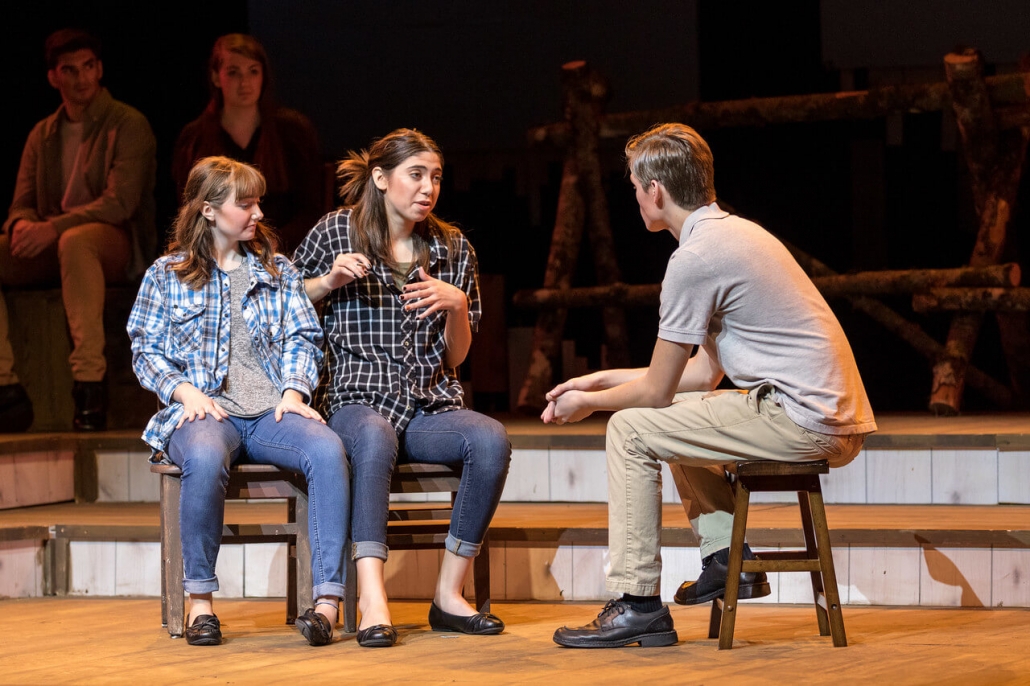