Camas City Councilor Melissa Smith is one of four candidates who recently applied to be the city’s next mayor.

The September resignation of former Mayor Scott Higgins leaves the office vacant, and it will be filled by City Council appointment. Four have applied for the job — City Councilors Shannon Turk and Smith — as well as Georerl Niles, who is Chair of the Camas Parking Commission (a volunteer position), and former Camas Mayor, Dean Dossett.

A 2011 city resolution requires the council to interview them all.

“We have seven on council and so the five remaining council members will decide who becomes the next mayor,”said Camas City Administrator, Pete Capell. “They will interview all the candidates with pre-prepared questions. They will work it out until a candidate has a majority.”

Applications were due Friday, October 26, and the special interview meeting is scheduled for November 14. There will be a public swearing-in at the council meeting on November 19. The new mayor will complete the existing term, and then run again next Fall.

Smith, who has served on the City Council since 2004, is a retired Purchasing Association Vice President, and has many years of leadership and civic experience. She’s fully committed to spending 40 hours a week to serve as Mill Town’s leader, which she says is crucial. The mayor’s role is generally a part-time position.

“We need a mayor who can commit to 40 hours a week,” said Smith. “The staff is phenomenal, but we’re at a time in our city’s history where we need a full-time mayor. There are so many important issues happening in our growing city.”

So, what are the top three reasons she wants the job?

“For me it’s not a status thing, or a money thing,” said Smith. “$22,000 a year isn’t much. I have a lot life lessons. I have traveled extensively throughout the United Sates with my job and personal life. I’ve been to foreign countries. I have a broad outlook on life. I’ve seen a lot. I’ve seen real racist things in the South, and I’ve been serving the city of Camas for many years. I know how things work.”

“Everyone has 24 hours in a day,” said Smith. “Because of health issues I’ve learned that how you manage your energy is more valuable in the long-run because it makes you more productive, more efficient, more balanced. Energy is more important than time. I’m very much about closing the loop on projects because of the different work experiences I’ve had. From conception to completion, you need to look at the glitches, then analyze them and so you need critical thinking. It’s having the ability to bring the right people together and do the what/if scenarios.”

“Earlier this year, my request was if we close the pool by the end of 2018 we should identify the location for a pool,” said Smith. “Everyone agreed, and now it’s morphed into a community center project. I’m very much for a new pool, and I’m very open to the competitive part of swimming. I applaud what they do with football, but there are other sports that need the same support. I think the mill’s R&D property needs more research. We just need to get it done.” Smith says the city needs a new pool — for competitive and recreational purposes.

“One of the first things I would do, if appointed Mayor is I would sit down with each council member, and ask them what things are working well within the city, and what things aren’t working well in the city,” said Smith. “It could be anything from how we’re being perceived. Then, I would repeat the same thing with the department heads. I would reach out to key business people in the community, and a few others. Then from there, if we could see a general theme of issues, then we go forward. Work on reviewing all the ad-hoc committees. We spend so much energy and time in these committees. There are efficiencies and effectiveness that need to be analyzed. We need to have actual Ward meetings. Bring those back, and just sit and listen. Even though the mayor’s position is a part-time position they still have a commitment to touch in on key issues. I want to get in there and stabilize the city and right the ship with full-time leadership.”

“There was a vacancy, and I applied for it,” Smith said.

She stepped down from her executive position, and went into the council role position. In 2005, she was voted in her for her first full term.

“I’ve been on council for 14 years,” said Smith. “It’s way more complicated than people know. There’s a lot. You have to come in with the mentality of having an open mind, a clean slate and let people share the roles and expectations and learn where to look and study — to gain perspective. It takes a lot in the beginning. There’s a lot of reading, ground work, and you have to learn to be an effective councilor.”

With two city councilors running, one will definitely lose, so will there be bad blood on the council?

“Shannon and I have talked, and when I made the announcement about seeking this position, we met and spoke for two hours or so,” said Smith. “We’re good. This could either be curse or a blessing either way, for either of us. There’s a lot of work that needs to be done. That person has to be accessible to give that sense of stability. Now I want to be on the other side. If it doesn’t work out, I’ll be disappointed, but I’ll still be on council for three more years.” 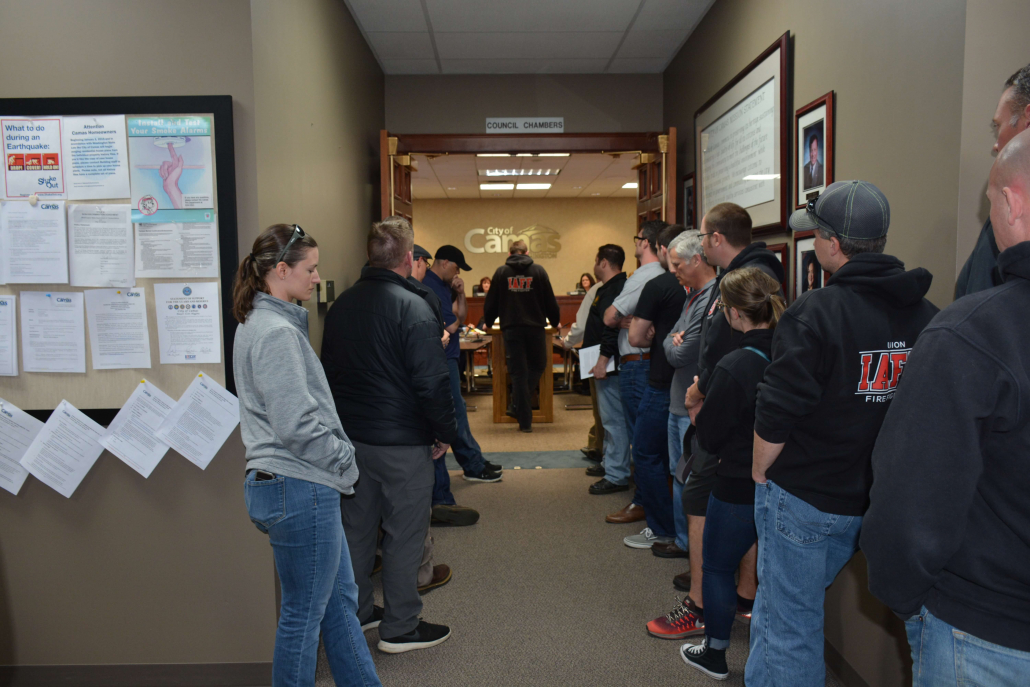 Alicia King addresses the City Council during a public hearing on the Camas Urban Tree Program. 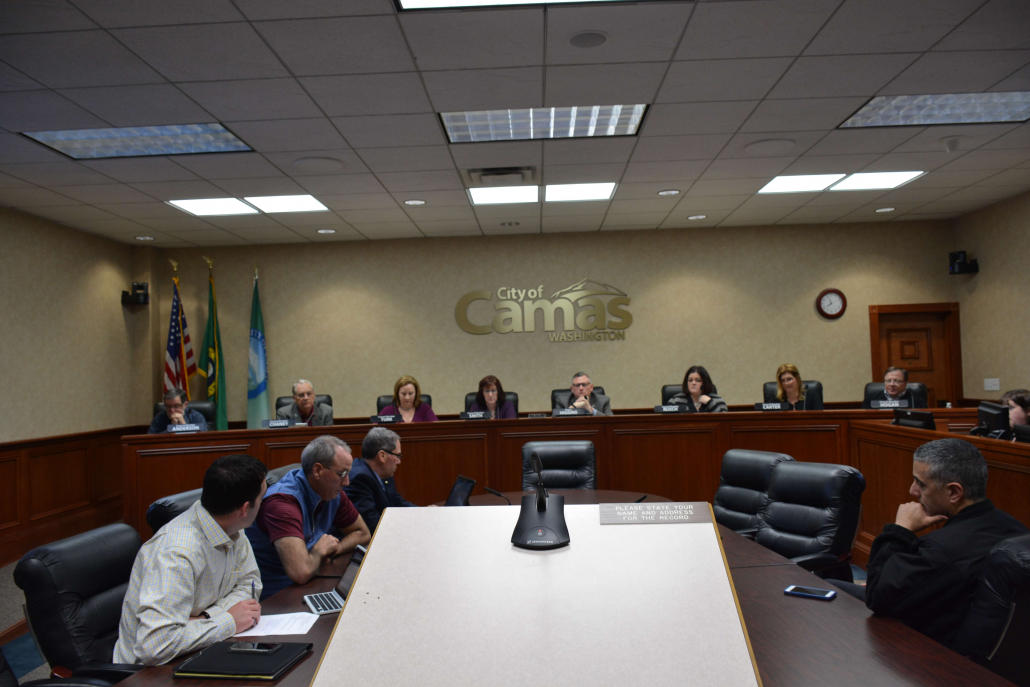 The council listens to information from city employees. 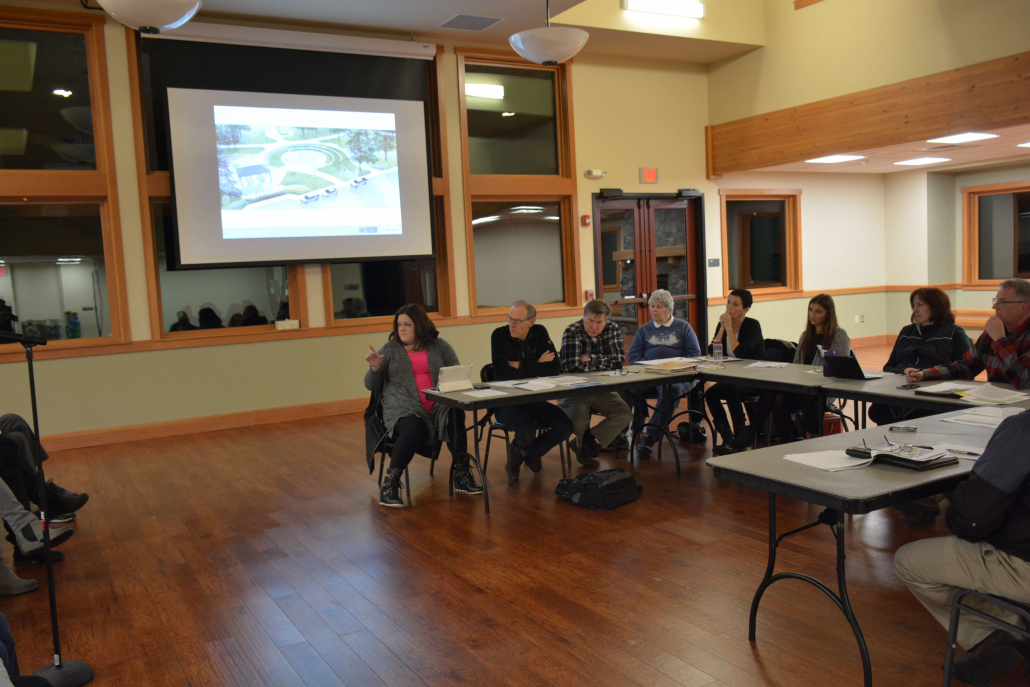 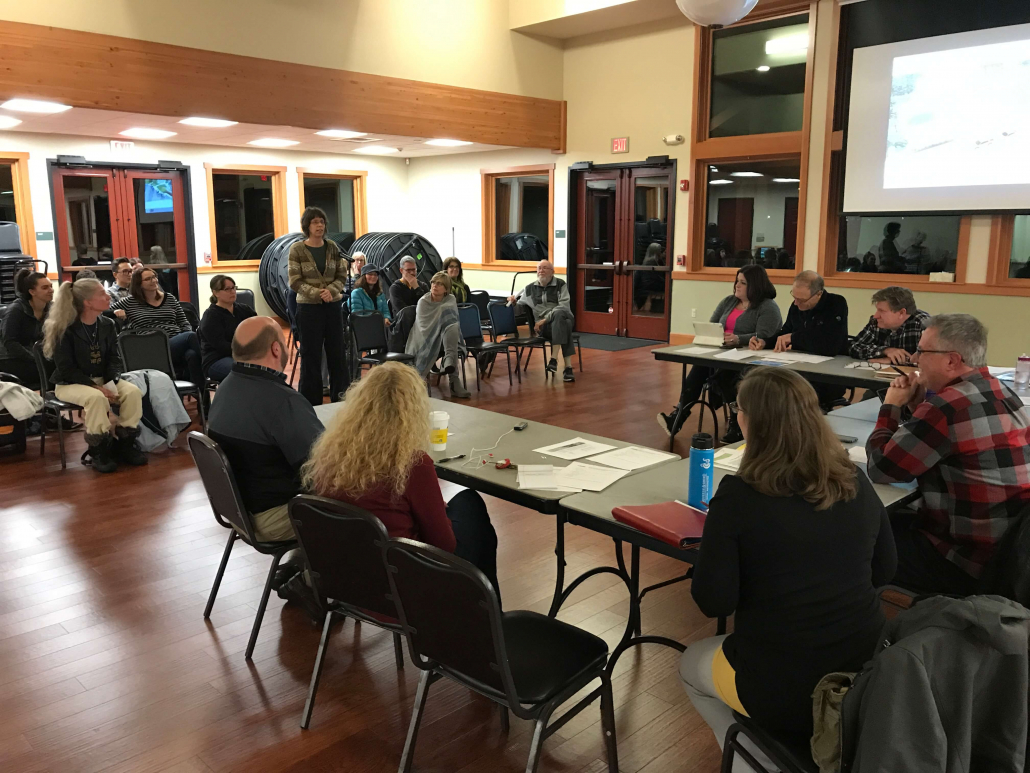