LONGVIEW, WA — Swimming was definitely interesting today. The Camas High School Boy’s swim team won the Southwest Washington Swim Invitational Saturday at Mark Morris High School, with a final score of 602.5 points. Mountain View and Mark Morris rounded out the top three.The meet was halted near the end of the first event due to a septic overflow that spilled onto the pool deck, causing a public health hazard. This caused over an hour delay, which resulted in the athletes waiting and playing hoops in the gym, many still wearing their swimsuits and caps.

“I’ve never seen anything like this,” said Sheri Breuer, a Skyview coach and meet referee.
The athletes spent the time playing hoops, most were barefoot, playing duck-duck-goose, or playing games.

Once crews cleaned up the mess, the event resumed.

“It was a good meet for us,” said Head Coach, Mike Bemis. “We’re right where we were supposed to be. We did really well. I’m pleased.”

While the Papermakers didn’t dominate as many individual events, as they have in previous years, they came out ahead overall, as a young team working to overcome the strength of losing a commanding senior team last season. The void left by state champions Kasey Calwell and Lucas Ulmer, as well as state swimmer, John Utas, has been felt all season.

Bemis said the Camas team is a young one now, and he’s pleased with the performance of several new freshman swimmers. In particular, Eric Wu, Chris Xia, and Austin Fogel are standout freshmen. The Papermakers have also added Washougal swimmers (who practice with them) to the mix. They include freshman Landon Schmid, Isaiah Ross, and Daniel Brown.

“The Freshman are helping offset the loss of last year’s stars,” said co-captain, junior Luke Albert. “Plus, swimmers like Tom Utas have made state cuts. I think Tom has made state cuts in the 100 Free, 50 Free and the 100 Breast.”

Bemis added: “You don’t replace State champions very easily. We have four years to get there, and such is the cycle of high school sports. We’re young and growing, and learning how to be a team. The team came together Saturday to win the meet. Here’s a breakdown of the individual events. 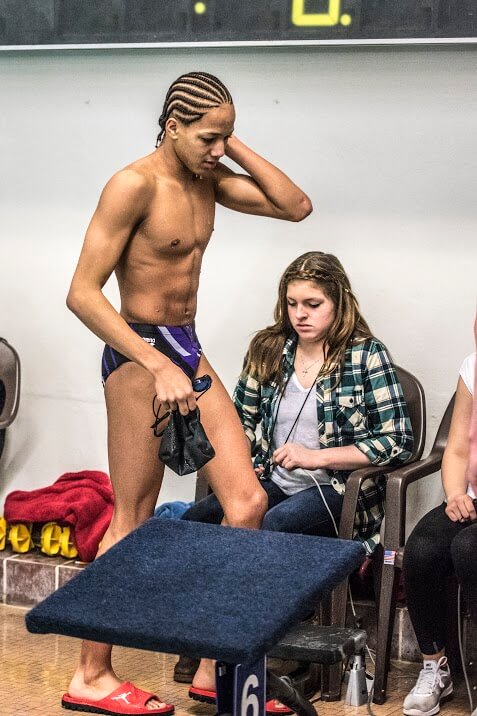 The team will convene once more, in two weeks, to compete at the 2016 District Championship, in Kelso. Many are still hoping to make state cuts at that event. 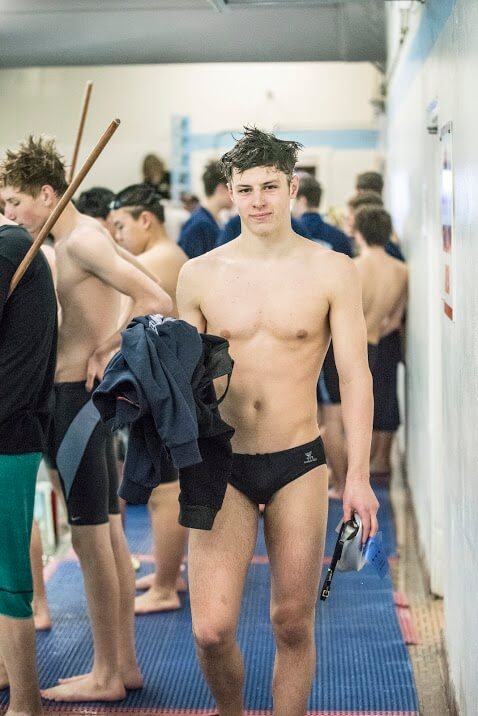 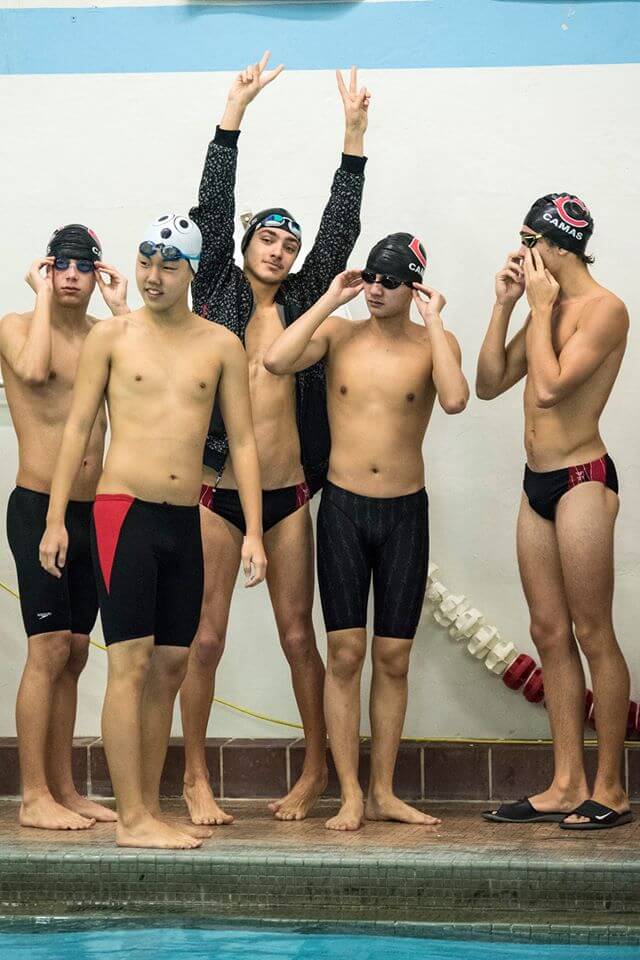 Papermaker swimmers cheer on teammates in the pool. 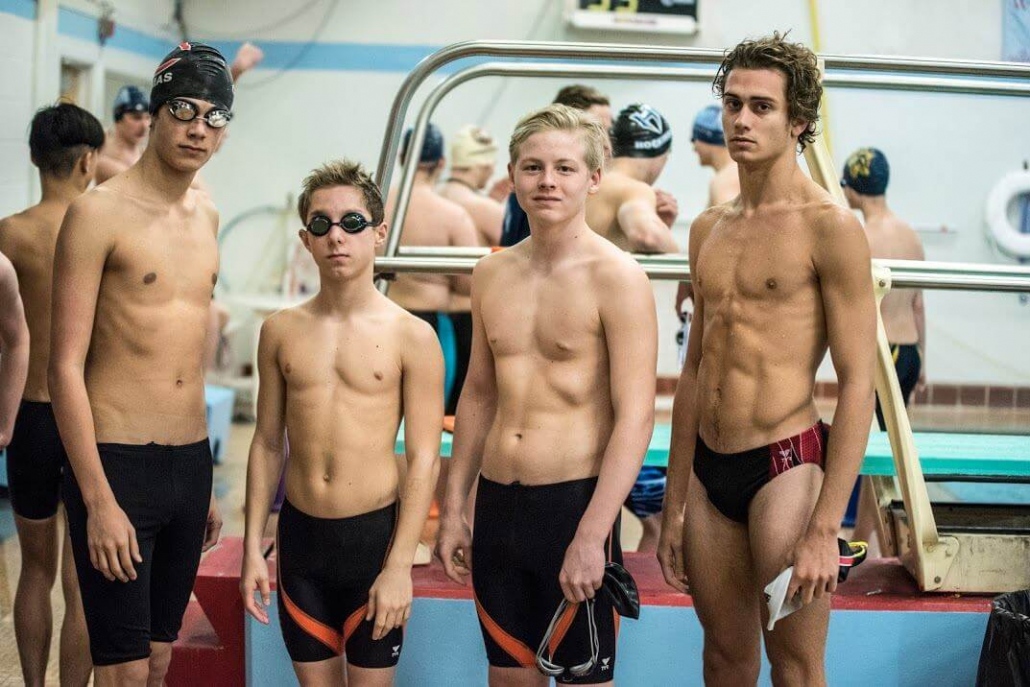