In celebration, ‘a surprise around every corner’ is being promised by Oregon and Washington communities throughout the Columbia River Gorge National Scenic Area, with events and exhibits planned for the public.

Exhibits are now underway at both ends of the Historic Highway, including the “King of Roads” exhibit at Troutdale Historic Society, featuring photographs and stories of the people who made the building of the highway possible and “Sam Hill and the Columbia River Highway” at Maryhill Museum of Art, an exhibition of black and white prints showing both construction photos of the highway and early scenic views of the Columbia River Gorge, among many other programs planned at of the former home of the Historic Highway’s visionary, Samuel Hill, now Maryhill Museum of Art.

Head to The Dalles for the

37th Annual Northwest Cherry Festival. A longtime favorite among locals and visitors alike, the festival is set in the spectacular Columbia River Gorge and showcases The Dalles’ deep agricultural heritage and Western roots. The Best Ever Cherry Festival in 2015 expanded to three days of family-friendly activities and events, and 2016 is going to be even better! The Northwest Cherry Festival takes place in downtown The Dalles from Friday, April 22 through Sunday, April 24, 2016. The fun begins with a Dance Party on Friday  April 22nd at 7pm, and continues with the Gorge’s biggest parade, classic car and tractor shows, a 10k race, and lots of great local music and bands. There’s also cherry sampling with the Oregon Cherry Growers, pony rides, and Davis Show’s Carnival. Be sure to see the Festival culminate with the crowning of Festival King Bing and Queen Anne! The Dalles Has Much More to Offer Though the festival alone could keep you busy. Voted one of the “Top Ten True Western Towns of 2014” and one of “The 19 Most Beautiful Small Towns In America,” The Dalles is one of Oregon’s great escapes, just beginning to be discovered. This historic town sits at the eastern entrance of the Columbia River Gorge National Scenic Area, just 75 miles east of Portland. With 300 days of sun a year and fantastic recreational and cultural opportunities, it’s a wonderland for cyclists, hikers, river rafters, wildflower fanatics, fishers, art lovers, history buffs and wine aficionados. Look for other events taking place in The Dalles all week long!

May 7: Poetry Workshop: Inspired by Roads

Participants will create poems based on this majestic byway using historic photographs as inspiration. The event will be hosted by poet Tim Barnes from 1-4 p.m. at Maryhill Museum of Art; free, registration required 509-773-3733.

The Bridal Veil Post Office will establish a temporary philatelic station and offer two Pictorial Postmarks commemorating the 100th Anniversary of the Historic Columbia River Highway at Multnomah Falls from 9 a.m. to 3 p.m.  Mail-in requests for postmarking will be offered by the Bridal Veil, OR Post Office (Postmaster/ 1W Mill Road/ Bridal Veil, OR 97010-9998) until August 12. In addition, the U.S. Postal Service is selling a Priority Mail Express stamp, available in panes of 10, celebrating the grandeur of the Columbia River Gorge.

The WAAAM Air & Auto Museum has one of the largest collections of still-flying antique aeroplanes and still-driving antique automobiles in the country.  The items on display at this museum are not only full of history, they’re full of LIFE!

At WAAAM you will enjoy an extensive collection of antique aircraft including the 1917 Curtiss JN-4D Jenny featuring an OX-5 90 HP engine, our Piper Cub and WACO collections, Aeronca collection, Stearman collection and many more fun aircraft.

Don’t forget the cars.  There are over 130 cars in the collection at last count.  Whether you want to see the 1914 Detroit Electric, a Ford Model A or Model T, a Packard, a Studebaker or even a Locomobile, you are sure to find your favorite.

We’ll update this list as dates move closer to the actual events.

The Columbia River Highway, hailed “America’s great highway,” was officially dedicated on June 7, 1916 with a dazzling affair that drew the attention of the nation and the world. Constructed between 1913 and 1922, America’s first scenic highway served thousands of travelers and took full advantage of the Columbia River Gorge’s natural beauty including its waterfalls and amazing vistas, to become known as the “King of Roads.” The Historic Columbia River Highway is still known for its attention to design details resulting in an iconic style and innovative construction techniques such as rock walls, bridges and notable structures such as Vista House and Multnomah Falls Lodge.

By the early 1950s, the construction of a faster, straighter, water-level route through the Gorge (which would become Interstate 84) obliterated many sections of the Highway, leaving what remained abandoned and disconnected. The Columbia River Gorge National Scenic Area Act of 1986 directed the State of Oregon to connect these abandoned highway sections as a pedestrian and bike trail. This new rendition of America’s First Scenic Highway would be known as the Historic Columbia River Highway State Trail.

The Historic Columbia River Highway 2016 Celebration Committee, made up of citizens and organizations from throughout the Gorge are working together to ensure that the celebration properly honors this national historic landmark. For more information on the Highway and the 100th anniversary celebration, visit: www.historichighway.org. 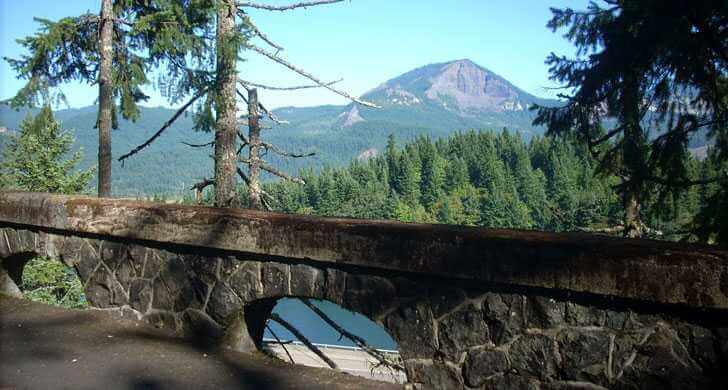 Humane Society Pet of the Week: Amber
Scroll to top