The 2016 Toyota Highlander Limited PLT we tested proved to be a nimble, powerful, and practical vehicle that meets the needs of every day running around, while also providing a capable vehicle for touring the mountains, the snow, and even camping.

Its design is more rugged than previous generations, but it still is more of a car than a truck, such as the rugged 4-Runner. It proves to be a nice balance between the 4-Runner (the Highlander has more room) and the smaller RAV-4.

Our model came with the 3.5-liter V-6, with 270 horsepower and 248 pound-feet of torque. It got us where we needed to, and quick. Toyota also offers a four-cylinder option, as well as a Hybrid. The all-wheel drive worked nicely in the Cascade Mountain snow.

Its interior is part-truck, part-car. It does have a truck feel, but the Teutonic-themed dash board, along with the dashboard’s lines and textures are pleasing to the eye.

The 2016 Toyota Highlander has received a Top Safety Pick+ award from the Insurance Institute for Highway Safety (IIHS). It’s in good company with the 2016 Honda Pilot and 2016 Nissan Murano, which are also mid-sized SUVs.

The Toyota Highlander also earned the award last year, but testing requirements have changed. To earn the Top Safety Pick+ award, a vehicle must score a “Good” rating in all five of the IIHS crash tests.

Toyota made structural modifications to change performance, and meet the IIHS’ higher thresholds. During testing, the dummy hit the front airbag. Last year, the head slid off the airbag during testing.

It should be noted that the 2016 Toyota Highlander also scored an Advanced score in optional front crash prevention technology.

To learn more, go to www.Toyota.com 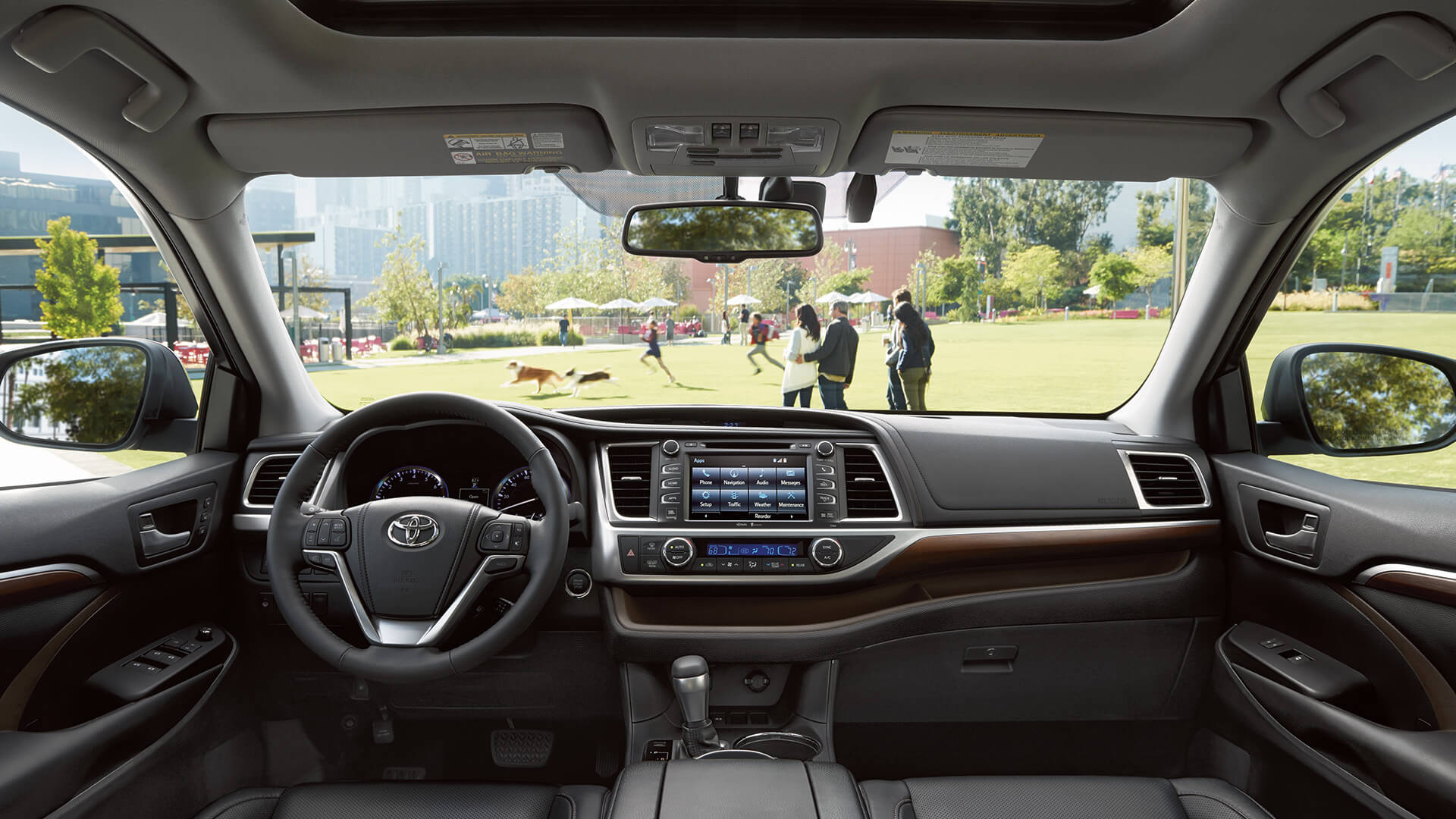 Interior of the Toyota Highlander Limited PLT. Photo by Toyota. 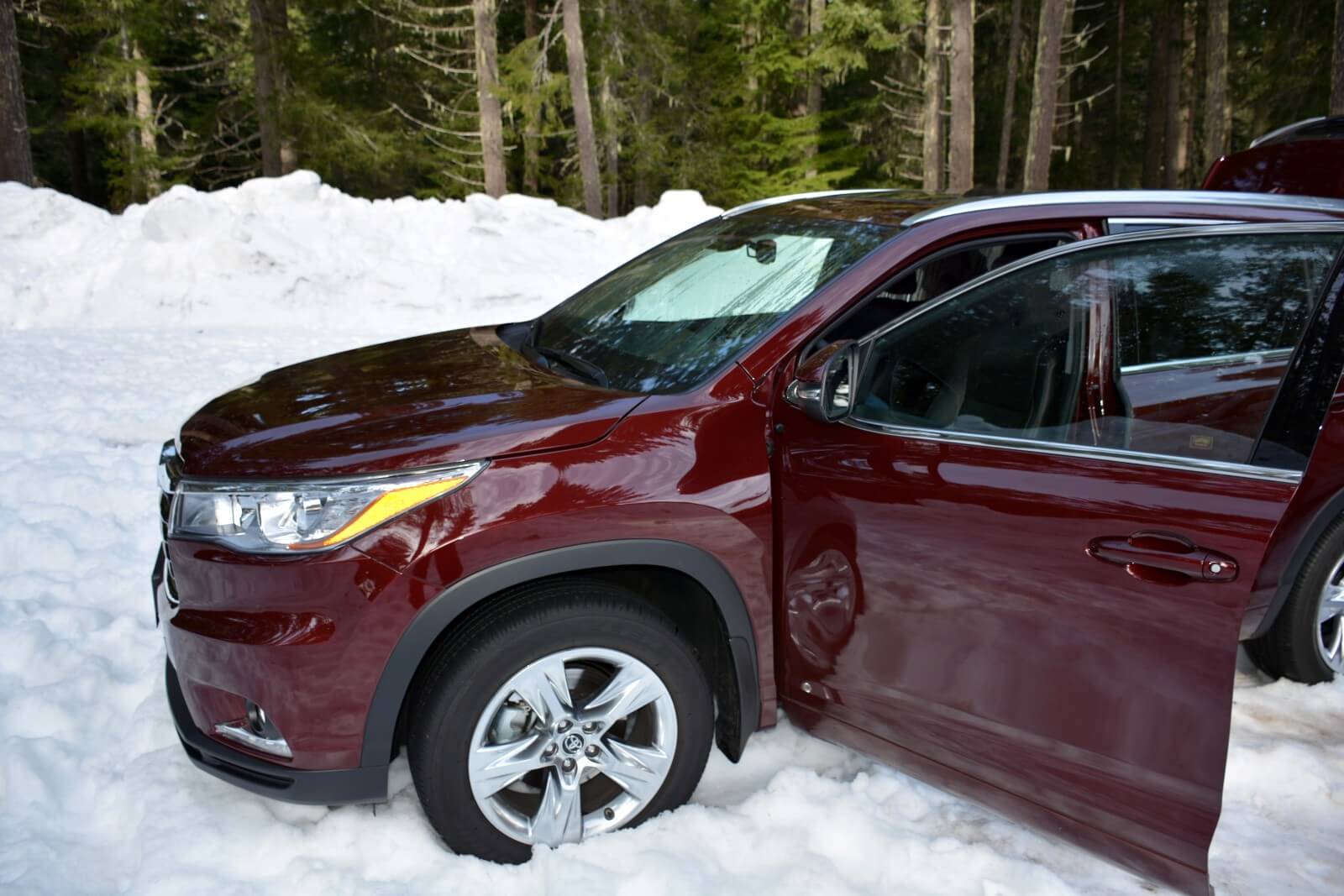 We took the Highlander into the snow, and it handled very well. 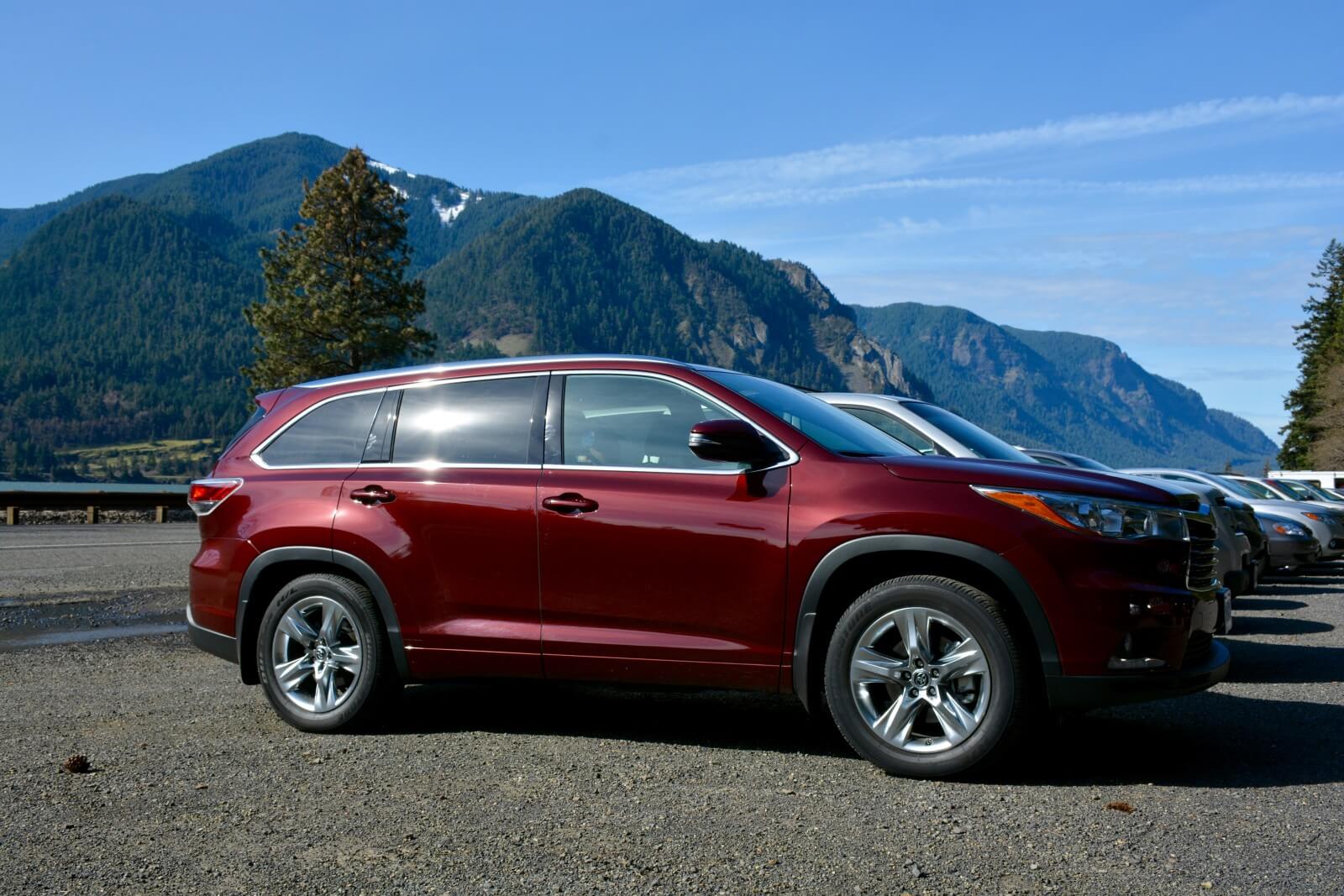 The 2016 Toyota Highlander Limited PLT AWD we tested made its way through the snow in the Cascades and around the Columbia Gorge. 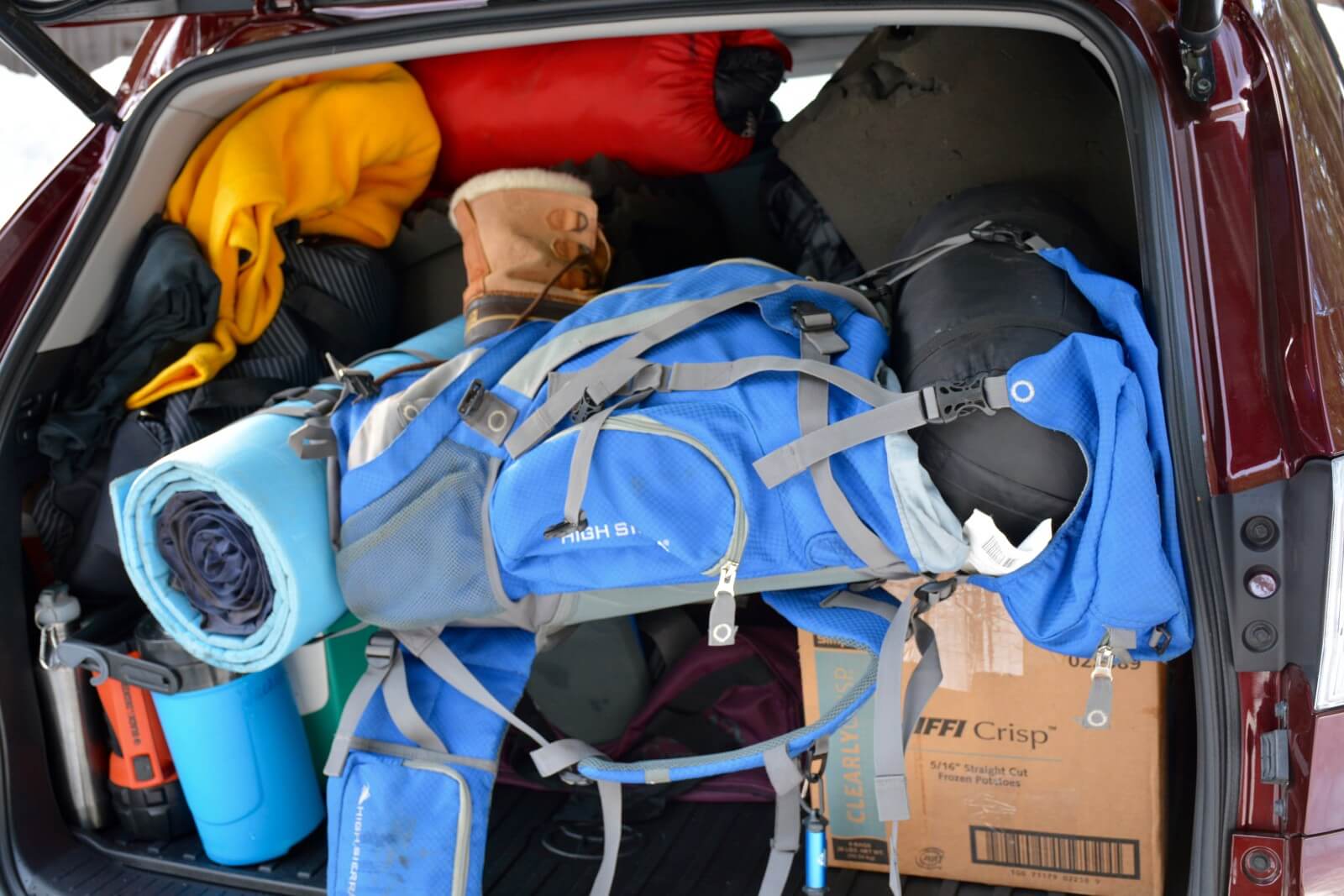 The Toyota Highlander has plenty of room for gear.