It’s one week into the new school swim season, and the reigning 4A state champion Camas boys swim team is working hard to find a way back to the state awards podium.

“We’re trying to find 2-4 kids to fill the void of two seniors we lost last year,” said Head Coach, Mike Bemis, who himself was honored as Coach of the Year. “We’re trying to fill Jeff’s (Fadlovich) spot and Tom’s (Utas) spot and I’m not sure how many juniors, sophomores, and freshmen we have to do that. Right now, we have the six returning from State, and now we need some others to step up.”

He added it’s very early in the season, with the first regular season meet several weeks away. The boys swim team has had a string of District Championships, and since 2012 they’ve been getting closer each year to clinching the State title, which they finally did in February 2017. They had the right mix of winning individual and relay performances to propel them over the top.

Team Co-captain Mark Kim, who is the reigning 4A State champion in the 200 Free and 500 Free events, looks forward to the journey this season. Senior Finn McClone is the other team captain. He was preparing for the Salem Open meet during interview time.

“The team’s accomplishments last year were really big,” said Kim. “It’s a really big legacy we have to live up to this year, and this being my senior year, it makes me want that State title even more. We have some talented underclassmen that will help us get there.” 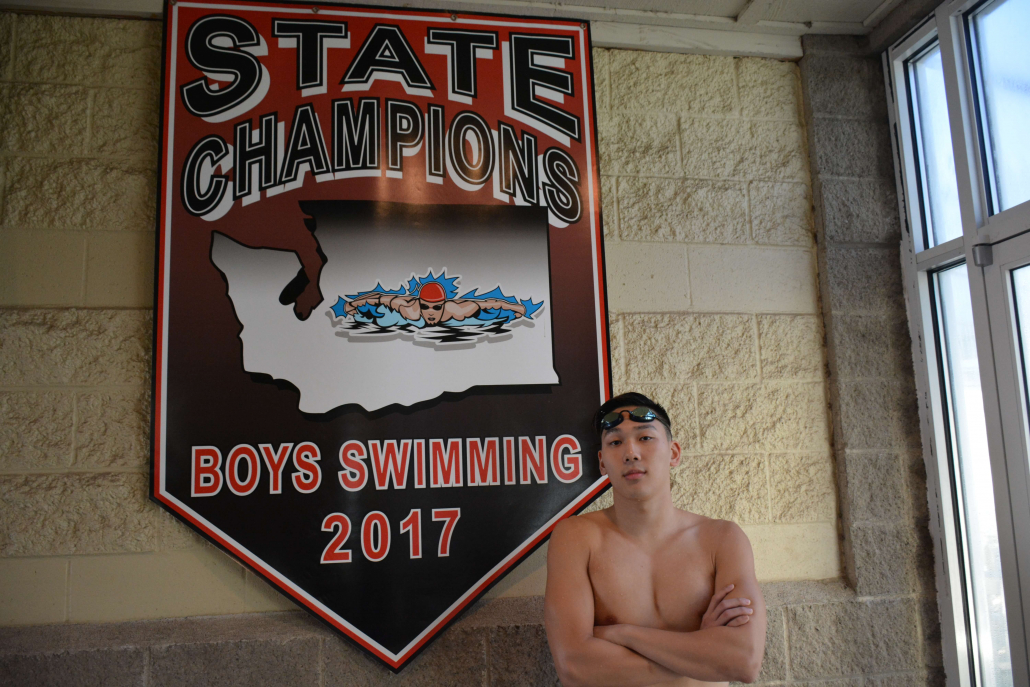