Coeur d’ Alene, ID — Camas sent seven wrestlers to this weekend’s Tri-State Wrestling Tournament to compete against the region’s elite from Washington, Oregon, Idaho, and Montana, and won first place in the Half Team division.

The half team division is for schools that send half teams. Fourteen is considered a full team, and since Camas sent seven that was their designation. Competing against 60 other schools, the Papermakers held their own, placing ninth overall.

“The team wrestled really well,” said Coach Cory Vom Baur. “This says a lot about the seniors and juniors at Camas. It’s spreading to other parts of the team. It was a highlight to simply be in the top 10 at such an elite tournament. This is a good year, and Samuel and Rylan have really taken charge.” 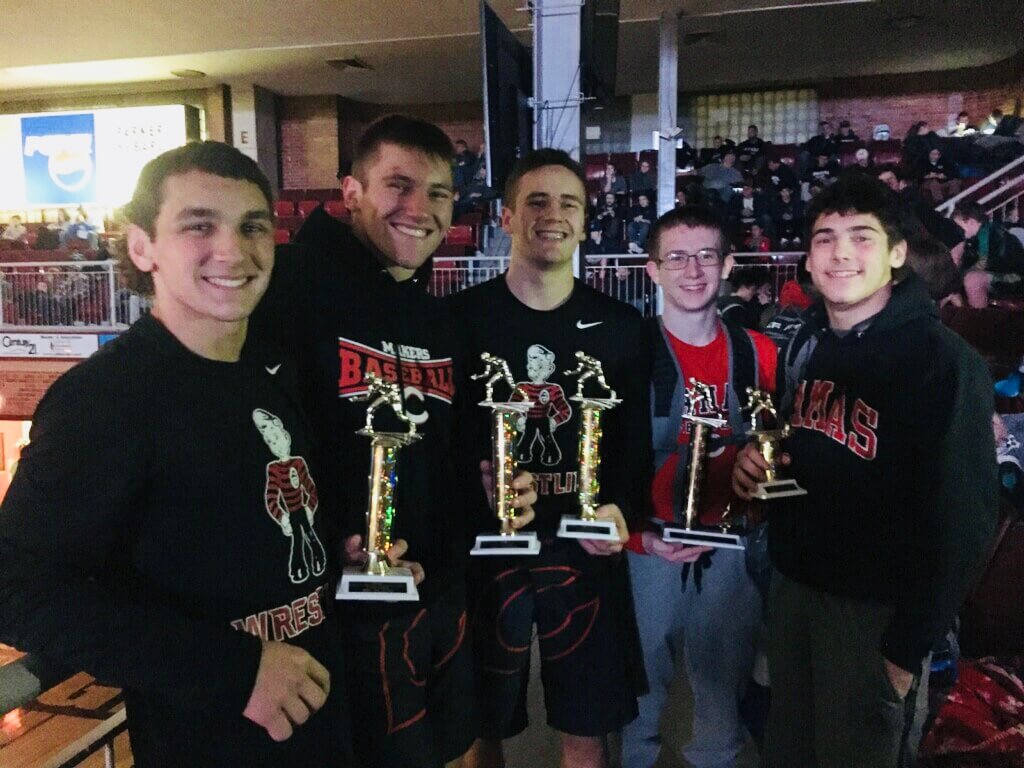 There were many awards presented at Tri-State.

The team had a lot to say about the experience.

“I enjoyed being able to compete at Tri-State with all my teammates,” said Samuel Malychewski. “What I got out of it was that we as a team are very tough and will compete. And, I thought that it was unique to be competing against people not only from Washington or Oregon, but also Idaho and Montana, as well.”

Tanner Craig: “I think that I had a good tournament and I’m glad that I beat everyone from my state, but I am still disappointed to lose in the finals no matter how good my opponent was.”

“My placing match was against a tough opponent, ” said Gideon. “He was from Tahoma High School, and I ended up getting on top of it in the end.”

Rylan Thompson: “It was a great tournament, and everyone wrestled great! I enjoying getting in some tough matches and learning from my mistakes. It was an awesome experience for me and I had fun bonding with all of my team mates!”

Issac Duncan: “I think it really pushed the team to wrestle the best we ever have. It was a great experience for sure and I can’t wait to go again next year.”

Karter Leifsen: “I thought that the tournament was a great representation of how State is, tough competition everywhere! Every match is a battle. The venue is awesome, as well!”