Camas, WA — With significant Camas Track and Field leadership changes this season, it created openings for new coaches, and an opportunity for three Camas graduates to return to the very track on which they once competed.

”They approached me to come back, and I had to wait on a few things to make a decision,” said Anderson, who competed in the High Jump (2nd in State), 100, 200, and 4×400 Relay as a Papermaker. “Three weeks later, the timing worked and here I am coaching High Jump. I’m really surprised by the maturity of the athletes here at Camas. We treat them like young adults.”

He said the size of his High Jump team is perfect.

”We have 12,” he said. “It’s enough to contribute to the team effort, and it’s not too much where I can’t have a good relationship with each athlete. It’s just like a classroom.”

Anderson is working to wrap up his Construction Management/Architecture degree from WSU Pullman, and is also a highly successful YouTube Channel owner. 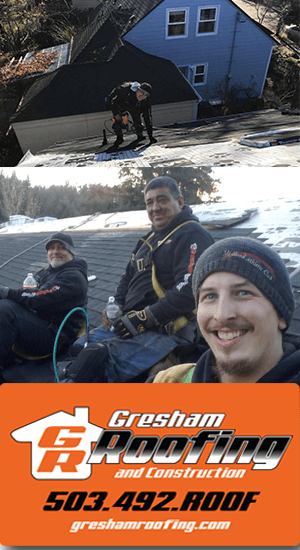 The team has been practicing for three weeks in preparation for the 2018 season.

Papermaker Maddie Peffers enjoys Anderson’s coaching, and is trying to hit 5’ 8” in the High Jump this season.

”I’ve been doing this since sixth grade,” Peffers said. “And I love how peaceful this sport is.”

Pitassi ran track at CWU for years while getting her Teaching degree. She’s taught at Heritage High School in Vancouver, and just recently switched over to teach at Liberty Middle School, in Camas.

”I’m here because of Alisa Wise (former Girls Head Coach),” said Pitassi. “She told me ‘you’ve got to take this job’ and so we made it work. I’m so excited to be here. I knew Camas is a great program. We’re looking forward to the competition.” 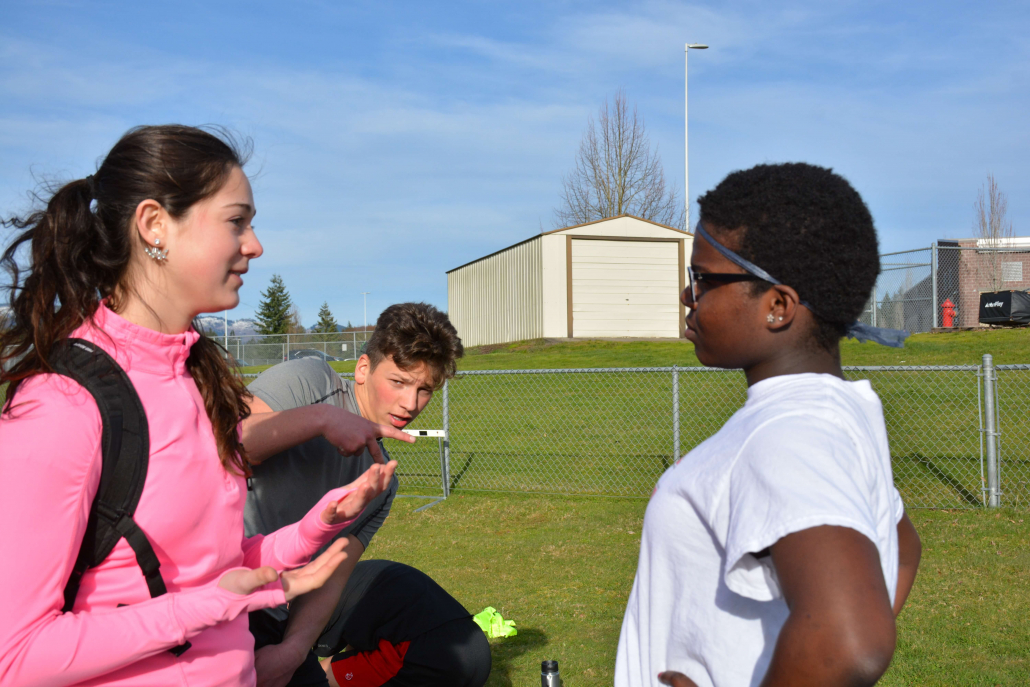 Pitassi speaks fondly of her years running as a Papermaker, and she loved competing at Oregon Relays.

“I can’t wait to get back to the Oregon Relays,” she said. “It’s weird that it’s not that weird to be back. I just feel so passionate about this.”

Pitassi ran the 400 and competed in three relays events as a Papermaker, and she was part of the team that placed second at State in 2010.

”We love it when they come back,” said brand-new Track and Field Head Coach, Jon Eagle. “I like their passion and expertise. We like their youth because the Camas coaches aren’t getting any younger. Our team this season is young, we have great members, emerging talents, and we have two State champions in the mix — Daniel Mason and Maddie Peffers.” 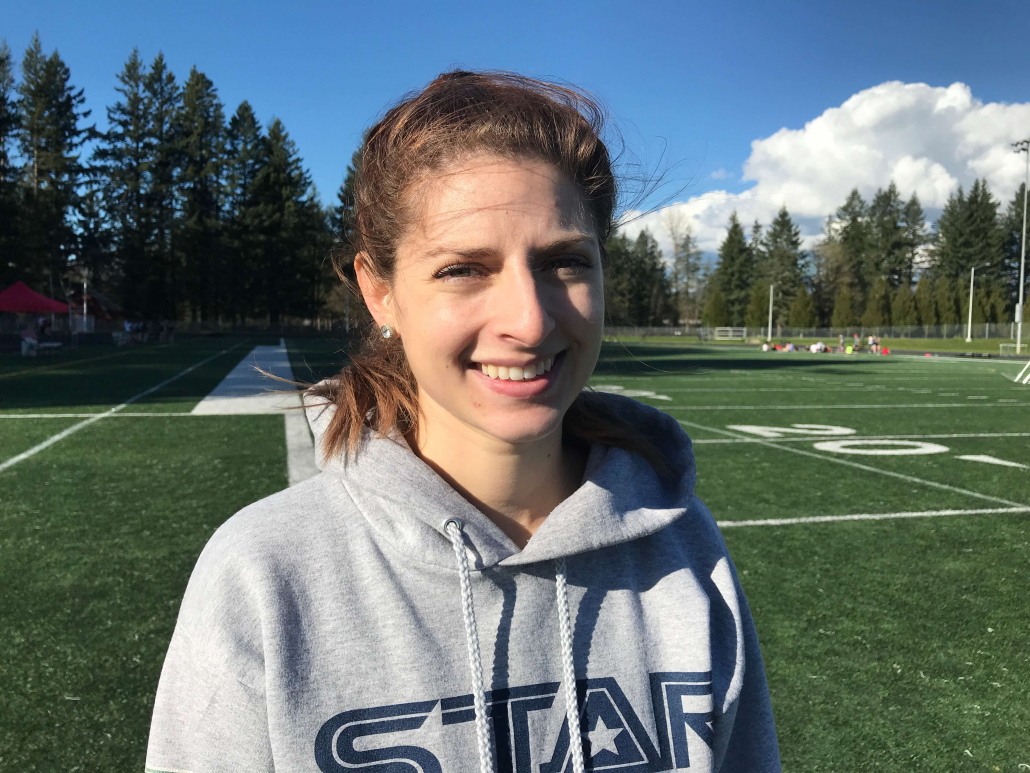 Pilette, who wasn’t available for alumni pictures, ran relays as a Papermaker, and is coaching the long jump and triple jump events this season. She works at Camas High School.

When we caught up with her another time, she was getting her jump teams ready for their first competition — which is today at Cardon Field. She, too, is happy to be back. 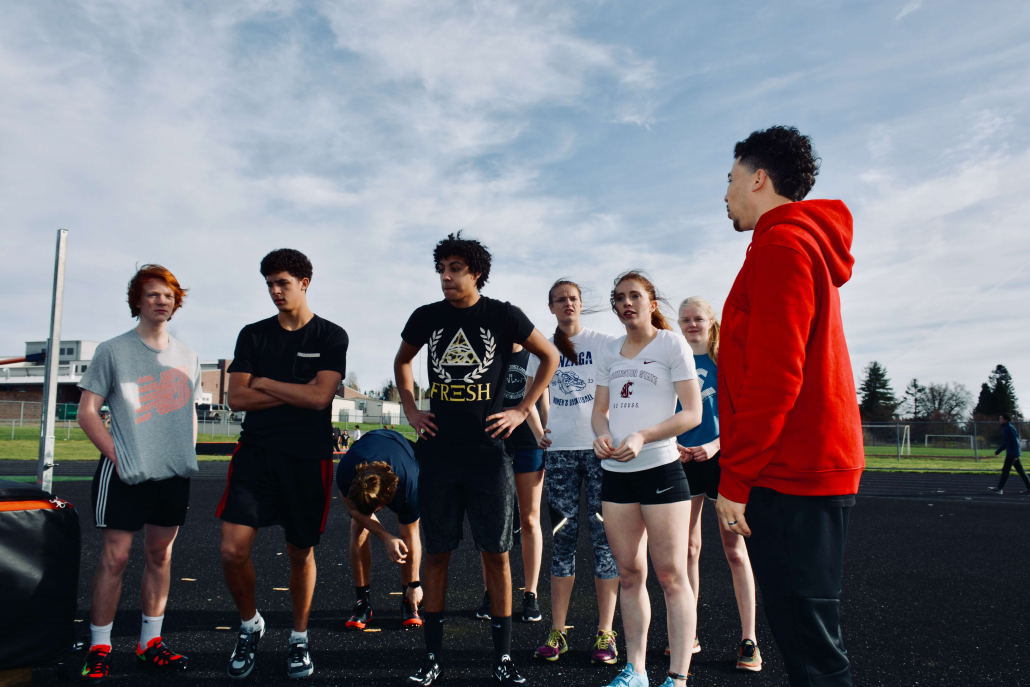 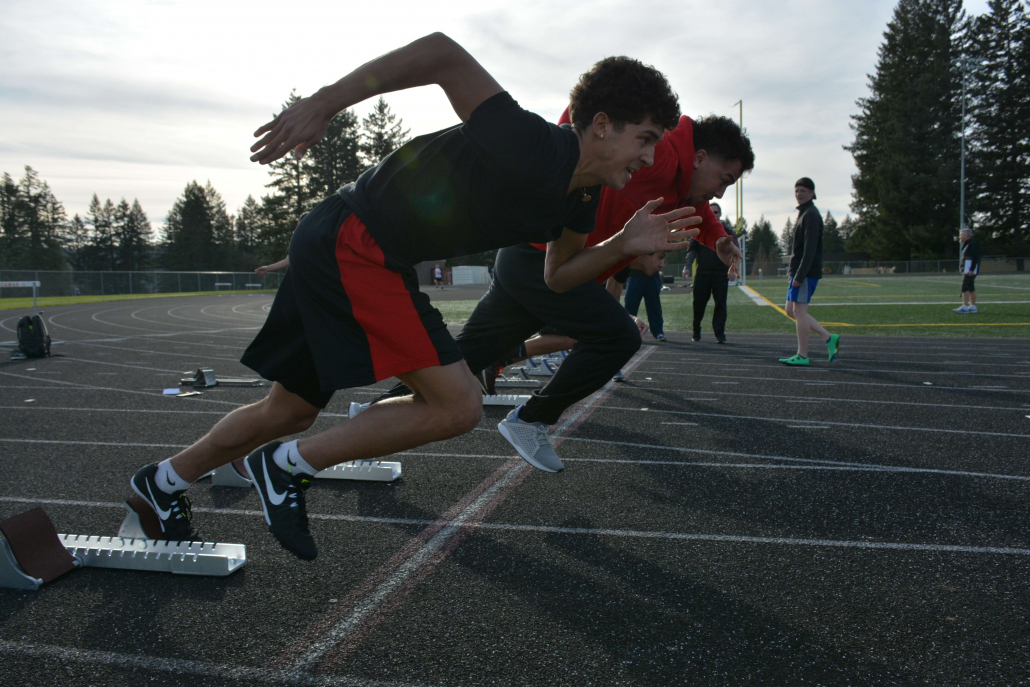 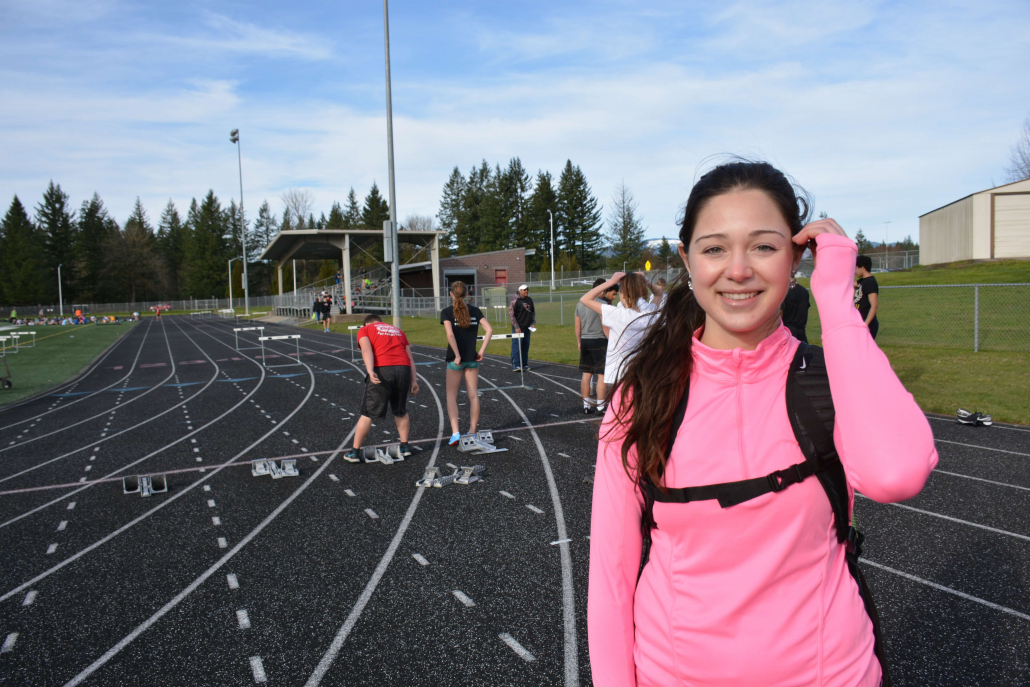 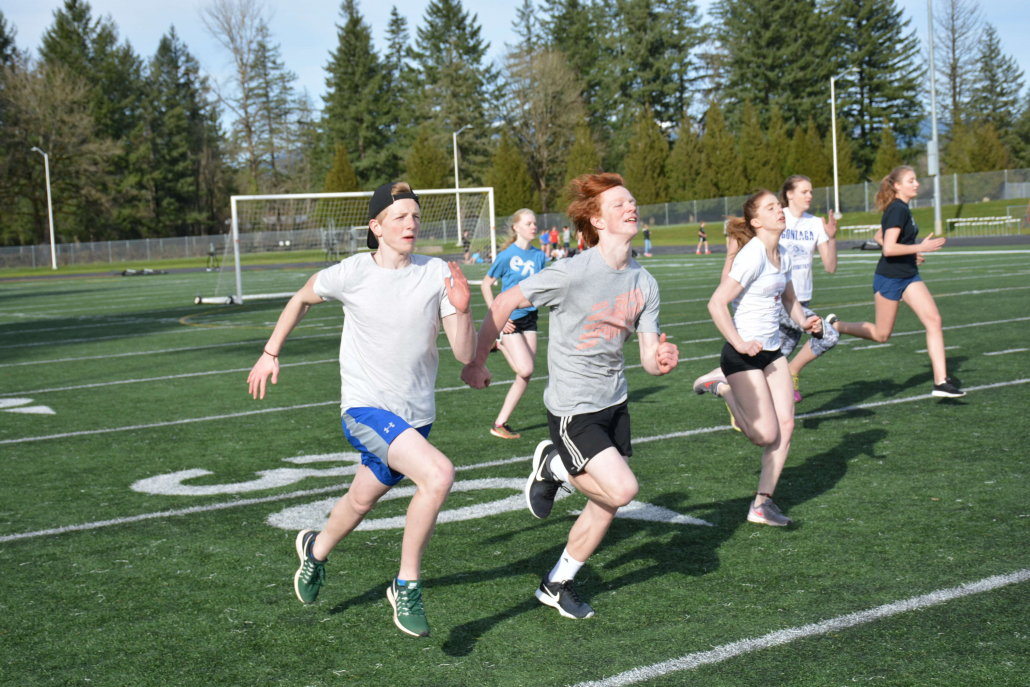 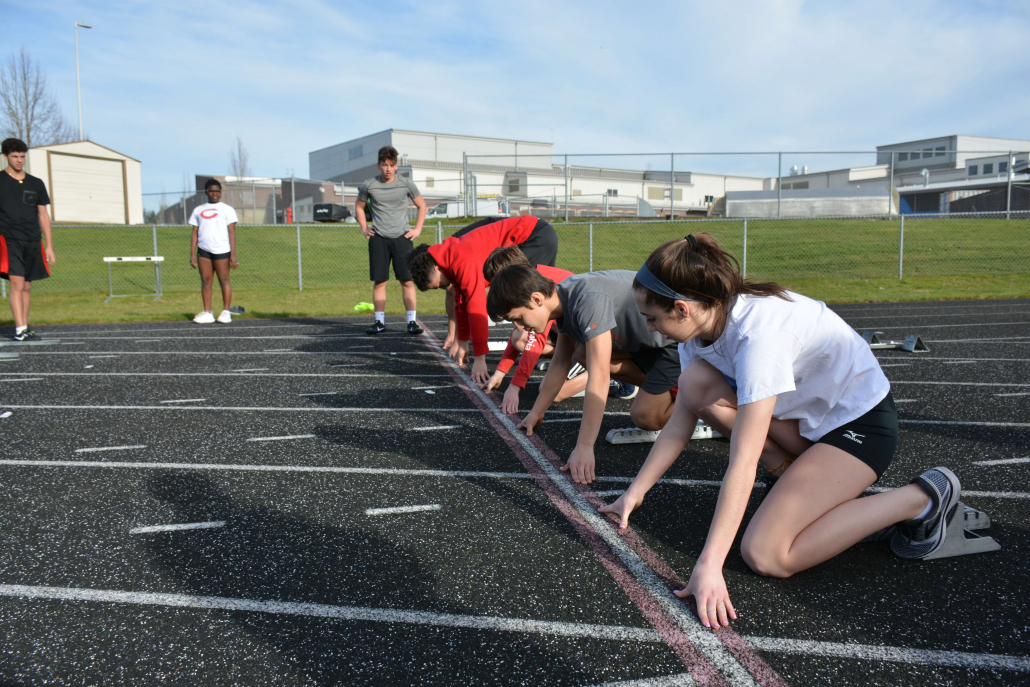 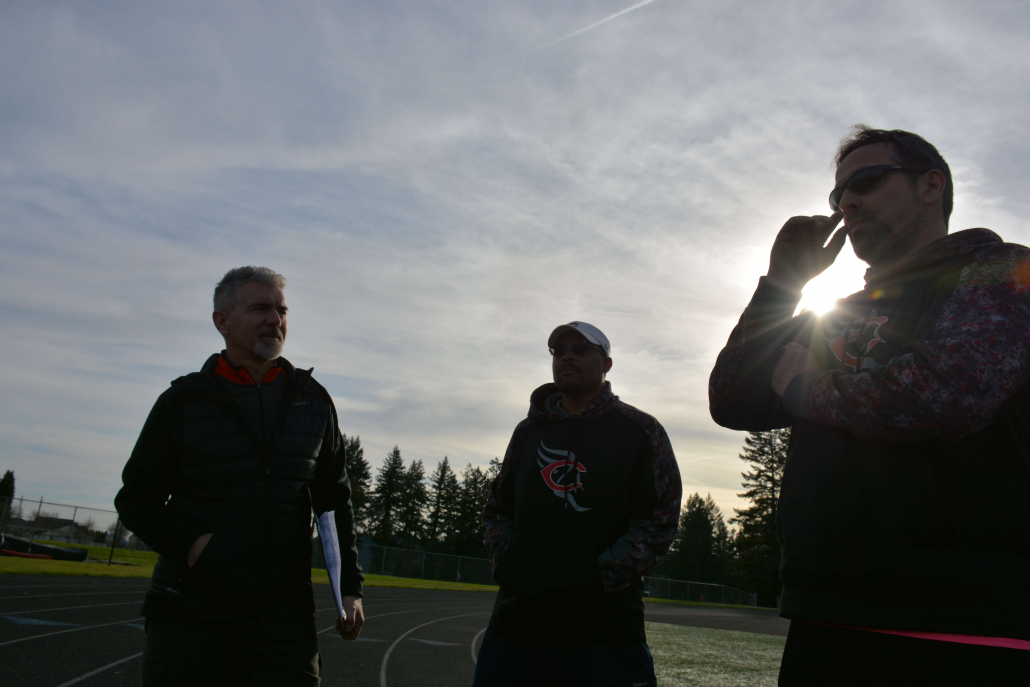