In the final inning, with Samuel Malychewski on the mound, two outs on the board, two runners on base, and two strikes on the batter, Battle Ground hit a walkoff RBI and won the game.

The Papermaker’s Varisty Baseball team had great performance on the mound from Ryan Behnke in an 8-3 victory on Wednesday. Behnke was backed by another strong defensive effort from the Papermakers led by shortstop Josh Mansur and a couple game-changing catches by Taylor Adams in right field.

Trailing 3-0 heading into the bottom of the 4th, Camas’s offense woke up when Luke Bruno singled to lead off the inning followed by 3 walks and a Battle Ground error. Gideon Malychewski singled in a run to tie the game up, and Josh Mansur drove in the go ahead run with an RBI groundout. Jake Blair was able to bring home another run with a bunt single as the Papermakers finished the inning with a 5-3 lead. Gideon Malychewski stayed hot at the plate going 3 for 3 with a double, RBI, and a run scored. Luke Bruno followed up his three hit effort on Monday versus Union with two more hits and a big two out, two-RBI single to extend Camas’s lead in the 6th. 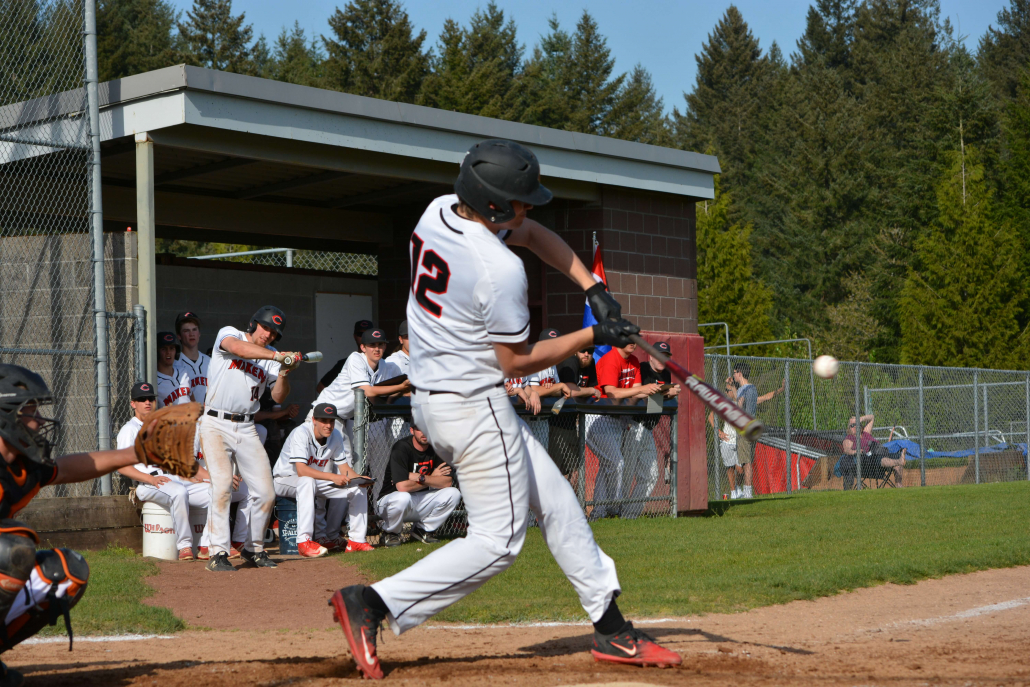 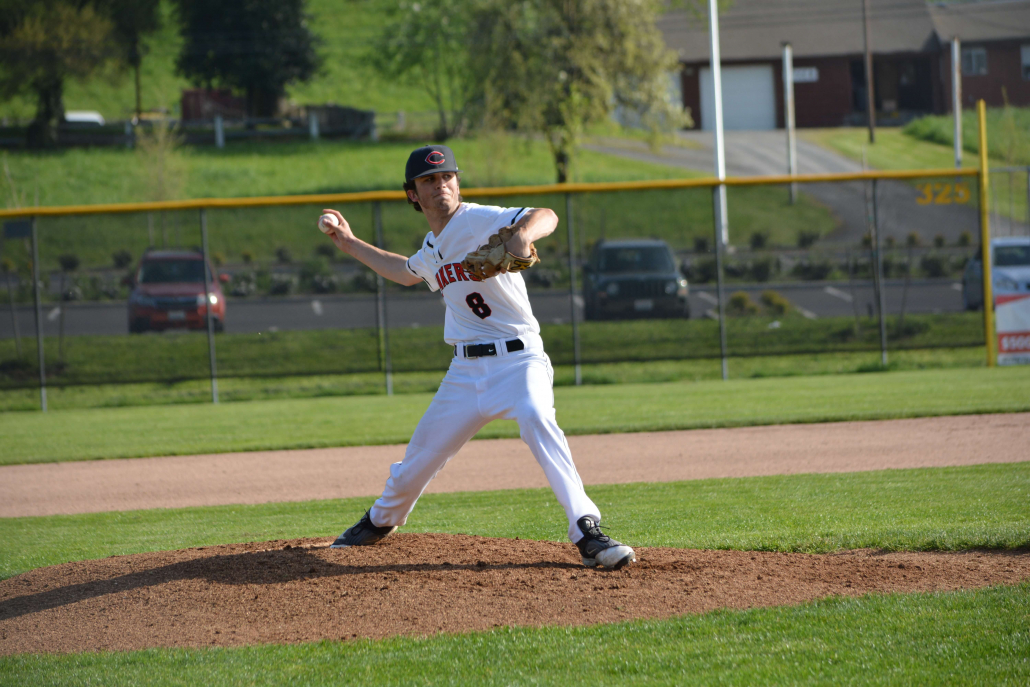 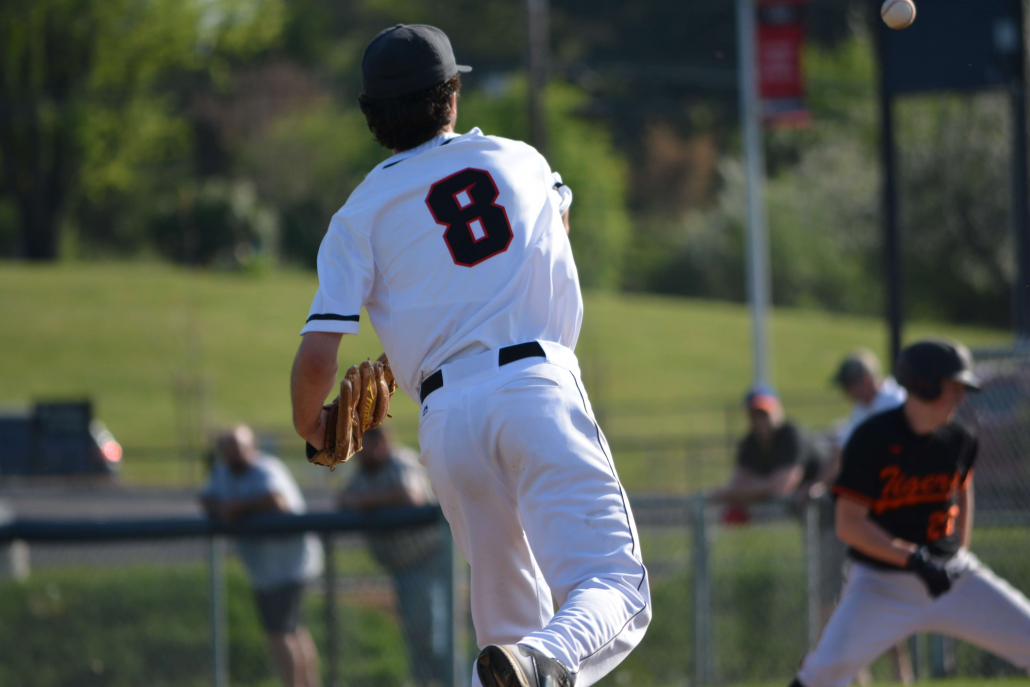 Pitcher Ryan Behnke throws to 1B. 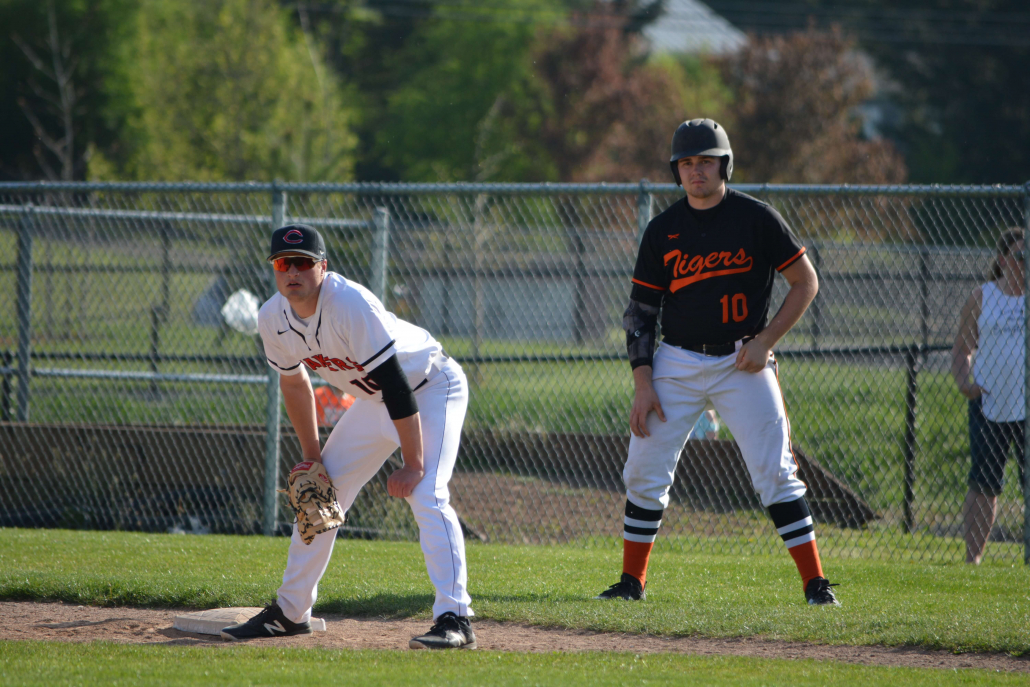 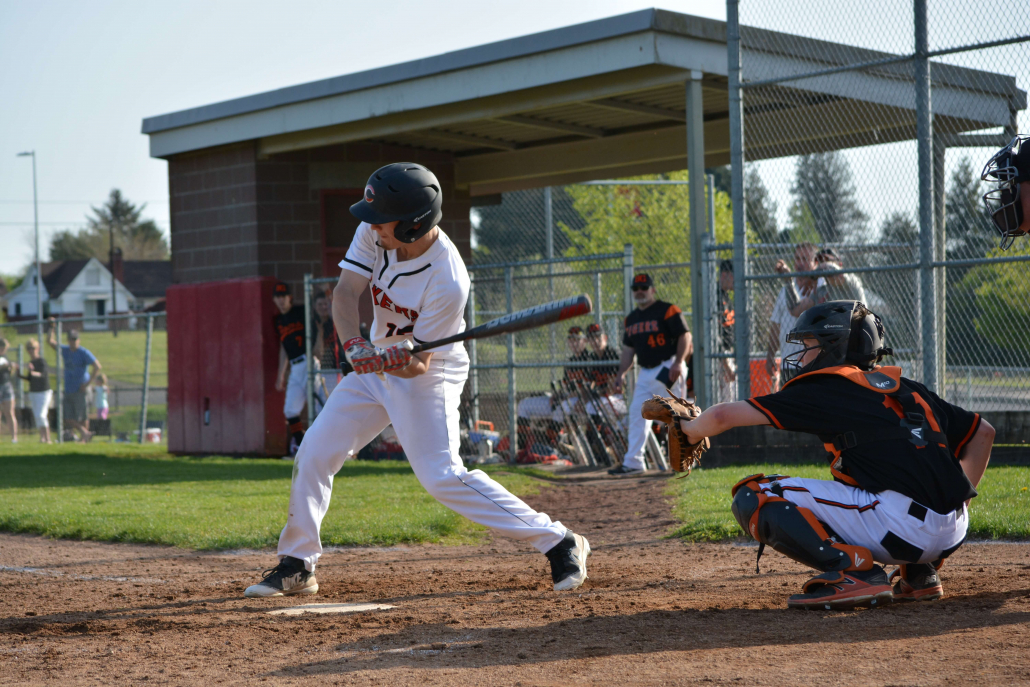 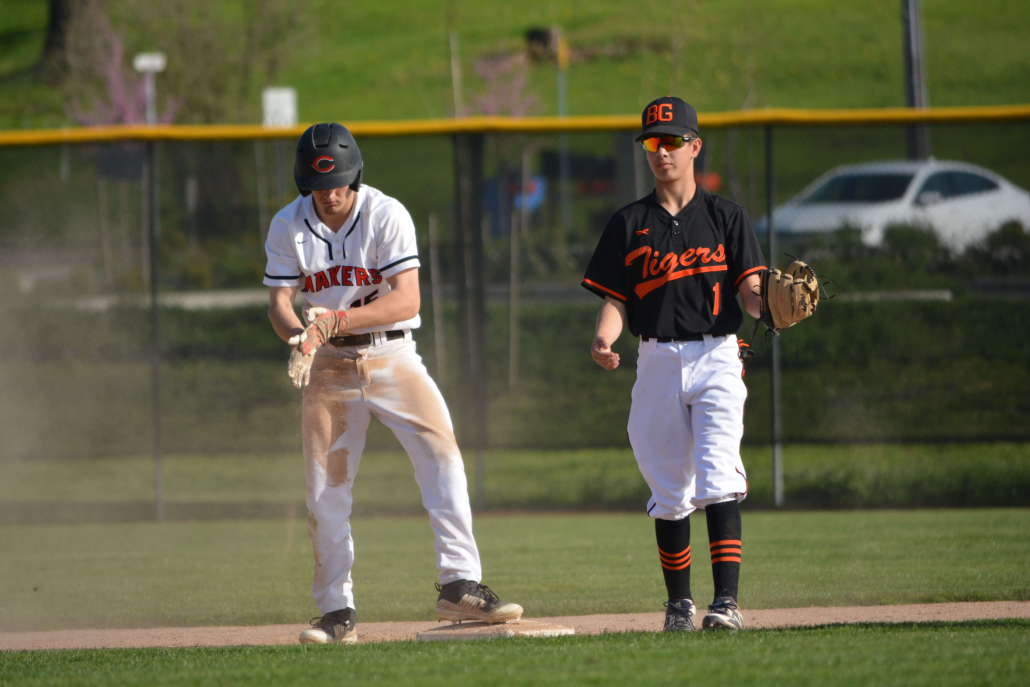 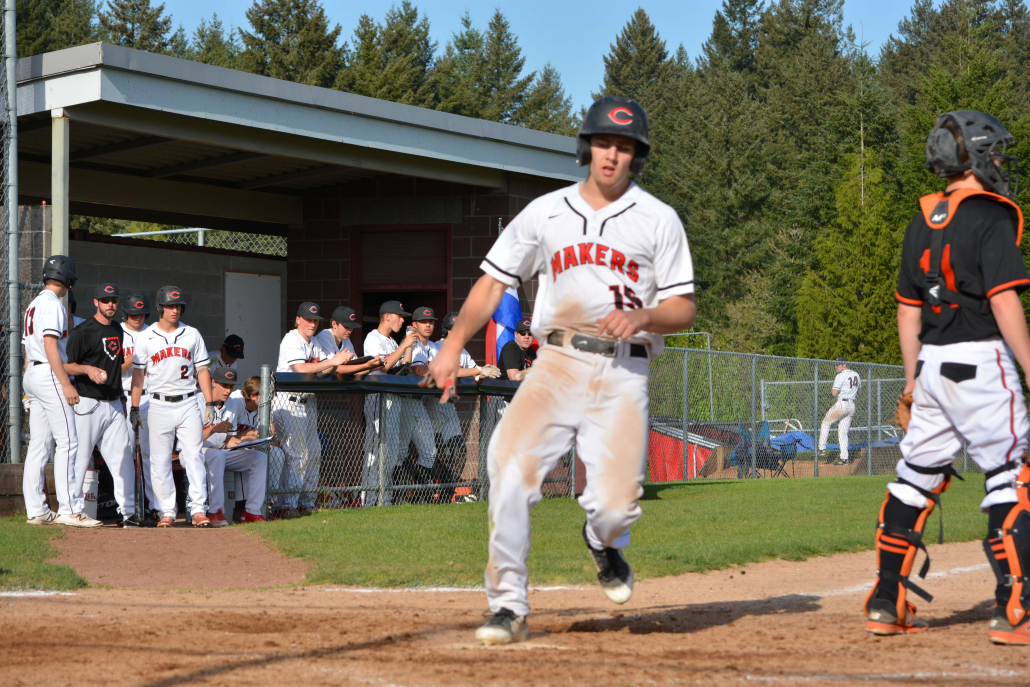 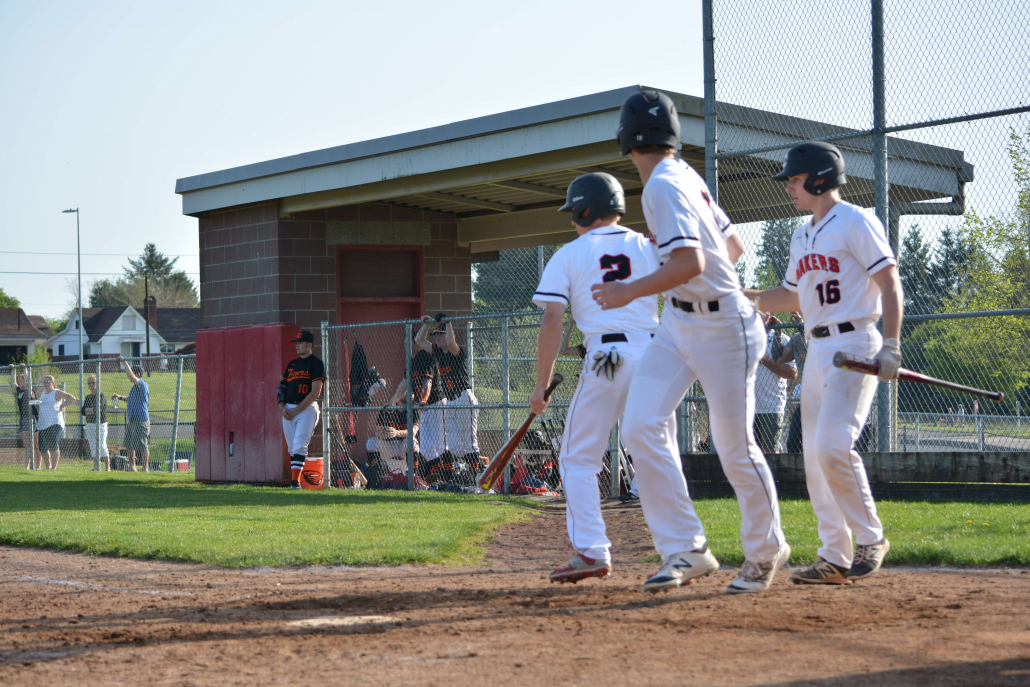 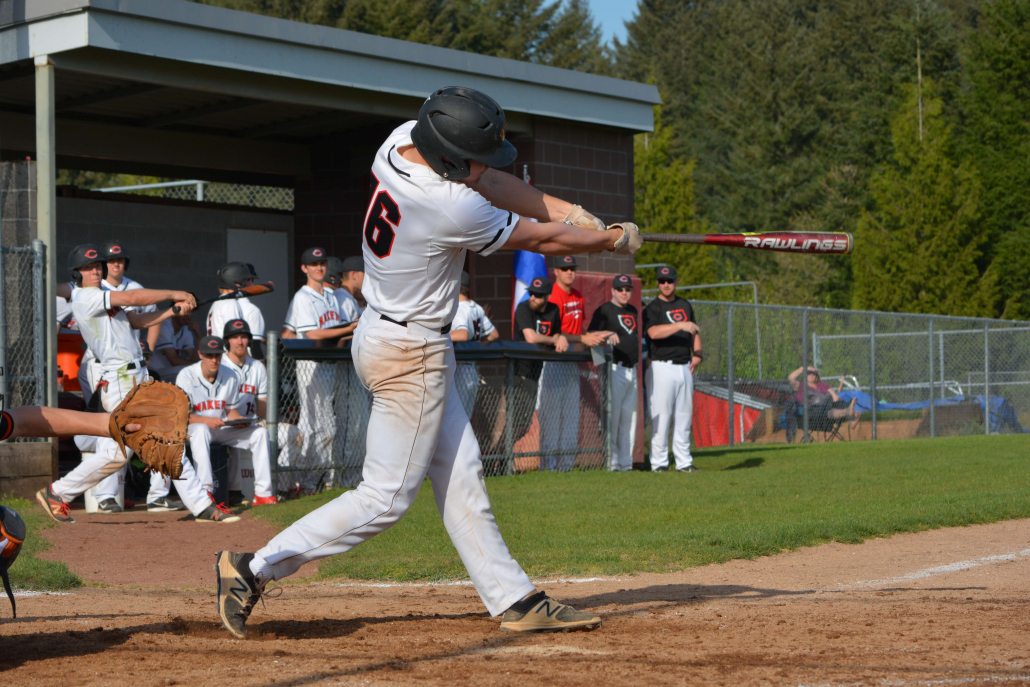 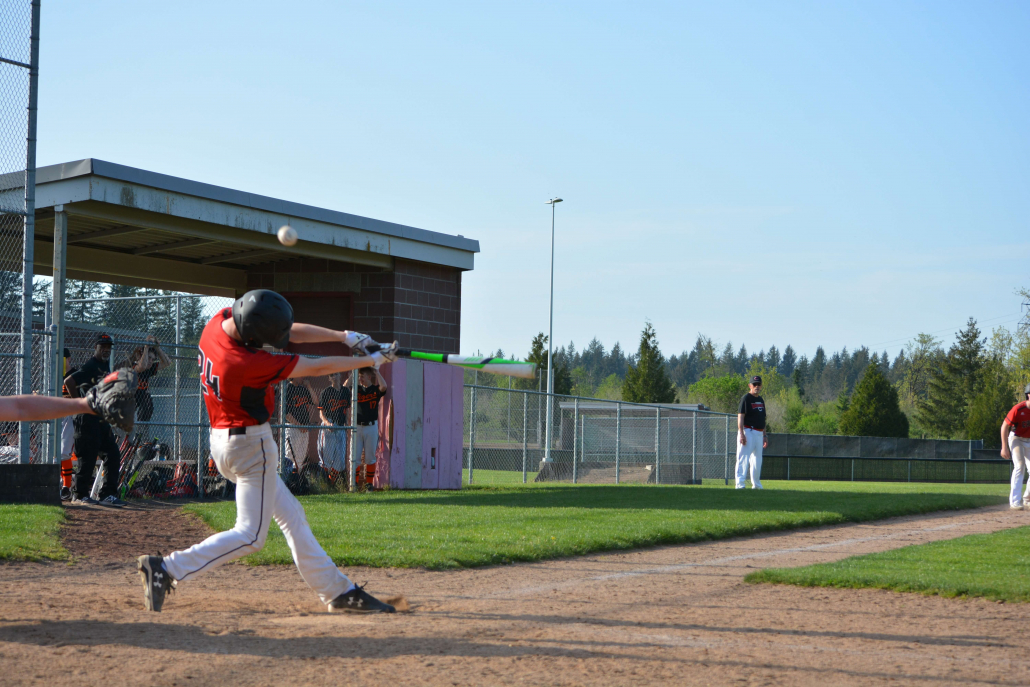