The Washougal boys won the Ingram Twilight by a 44.5 point margin over Kelso.

Tanner Lees soared to first place on the pole vault with a leap of 11 feet, 6 inches. Kanthak took second place in the 300 hurdles and third in the 110 hurdles.

The Washougal girls took third place at the Ingram Twilight.

Although their premier athletes are competing at the Oregon Relays, Camas sent a fired up squad to the John Ingram Twilight Friday.

And those Papermakers rose to the occasion against the full Southwest Washington squads in attendance.

Katherine McCann, Madeline Sheppard, Josephine Rein and Jenna Lukowiak clinched first place in the girls 1,600 relay with a time of 4:28.82. Lukowiak also took second place in the 800 and Sheppard followed in fourth.

The Camas girls finished fourth in the team standings and the Camas boys secured fifth. 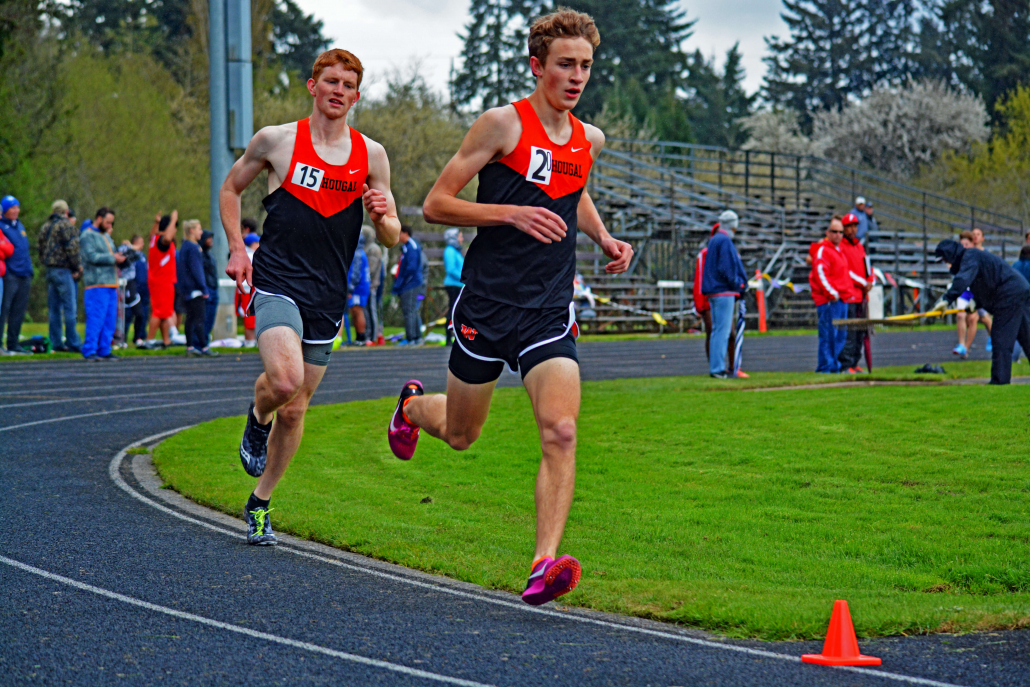 Gabriel Dinnel and Troy Prince-Butterfield pull away from the competition in the 1,600-meter run at the John Ingram Twilight track meet at Columbia River High School. 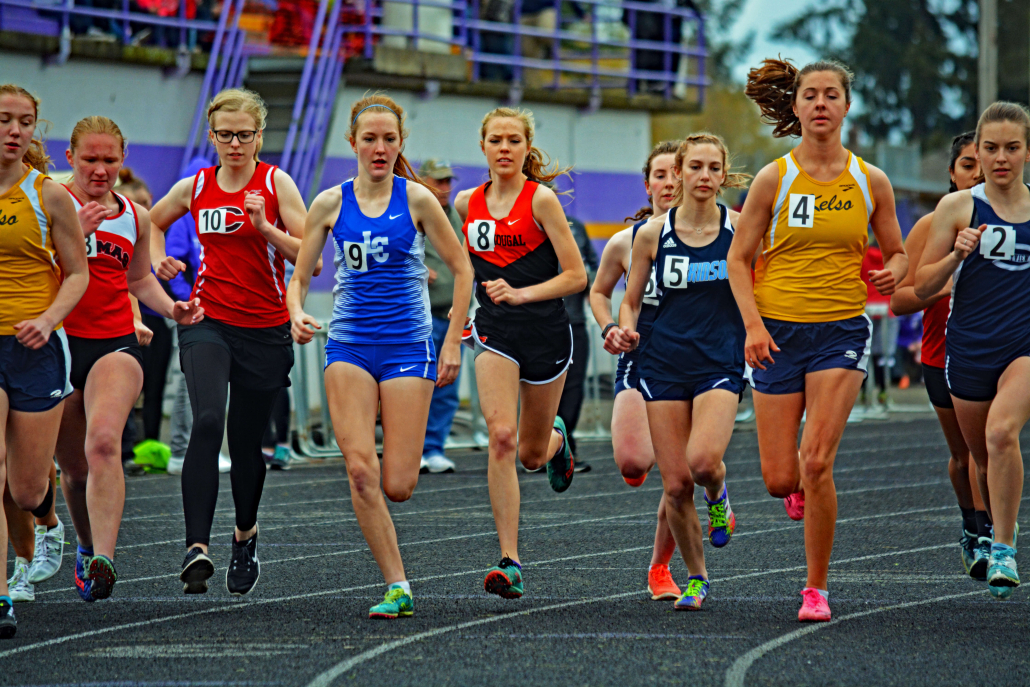