As he prepares for his starring role in the upcoming Camas Theatre production of “Macbeth,” which opens November 8, Camas, WA actor Clayton Lukens reflects on his summer theatrical experience at Hilton Head Island, South Carolina.

Lukens was accepted into the Southeastern Summer Theatre Institute, which is a four-week summer program full show intensive for young actors. This summer, they produced “Tuck Everlasting.”

“You do a full production,” said Lukens. “Some other camps are about workshops, and this is about doing a full-scale production. We arrived and the first day we all go find our houses and the boys are housed in the colored cottages. They placed all the girls in a mansion. The first day we all walked to the beach together and we start in a circle to talk about our goals and what we are able to bring to the team.”

Each summer session has 25 students, plus the crew program with about eight youth, the institute staff and the director, Joe Barros, who has worked on Broadway several times. 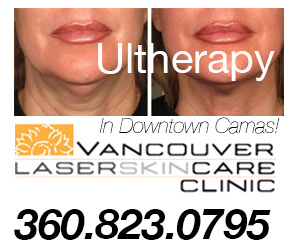 During application time, he filled out the basics and sent a video audition of him singing and dancing.

“And, so I brought out a friend who choreographed a dance for me,” Lukens said. “Her name is Grace Thompson. I signed my application, and was just doing Little Shop rehearsals and I was waiting. We found out March 16, which was opening day for Little Shop. The whole day I had my Chromebook open in the corner and kept refreshing. I got the email that said I was accepted. I’d been wanting to do this for over a year, and then they placed us all in a Facebook Group. We all got to know each other before we went. It was a virtual audtion process.”

The summer institute had much to do about chemistry with other people, and he was called back for two characters: Jesse Tuck, and Man in Yellow Suit. The whole plot is this family drinks the water and now will never die.

“They learn lessons that life is valuable, and some point you have to get off the wheel so others can experience it,” said Lukens. “I ended up playing Man in Yellow Suit. He wants to monopolize on the water. I was double cast, and then I played ensemble second weekend. That was hard. You have to learn two roles.”

He said the first challenge was having to memorize everything off-book before arrival, which was rough for the “in-the-moment” learner that Lukens is. 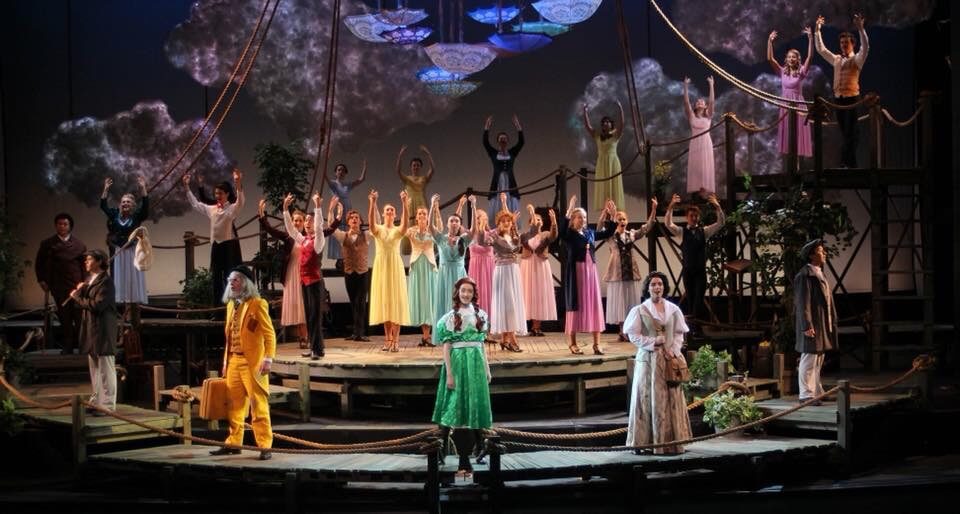 On the set of “Tuck Everlasting.”

The institute program is pretty tough, with 9-13 hour rehearsal days, every day.

“We spend our time choreographing every scene, learning the music, learning the harmonies,” he said. “We do that for the first two weeks, and it’s very exhausting. We did this seven days a week with only two days off. On those days off, we went to Savannah, and then went to the beach on Hilton Head.”

By the time they got to opening day, he said the team felt very prepared and that they all became really good friends.

The teens did six performances in total, with each lasting 1 hour and 40 minutes — which is a short time for a musical.

“Joe completely reinvented the show,” Lukens said. “It’s very different from what appeared on Broadway. The play flopped on Broadway, so Joe fixed the dents. He incorporated 126 umbrellas into the whole show. It was amazing!”

Breaking umbrellas was a real problem.

So, what did Lukens learn the most from this?

“I think I learned that the biggest part is interpretation,” said Lukens. “It can be funny, and wild and weird, but deep down you have to be a person that the audience can relate to. They taught me how to get deeper into the character. A lot of people can fake it on stage, but making it an actual character so that he feels like a person.”

“Kris Saucedo played Tuck. He went to the program last summer, so I found him on Instagram and he’d been to the institute previously, and he had been helping promote the program. We became really great friends. The set design was amazing. It was the best set I’ve ever stepped on to. They had these umbrellas in the sky, and we had lots of trap doors on the stage. One time I sat in the trap door for four hours while reading a book. It was totally fine to listen.”

“It took us that whole year to save up for it. It was the best experience I’ve ever had with theatre. You’re just in a group of people that all want to do the same things you do. There are some days when you’re with someone for 13 hours, and you want to snap — you get so exhausted. For sure, we had our different groups, but it was just a crazy community to be around. Time moves differently there. It’s its own little world.” 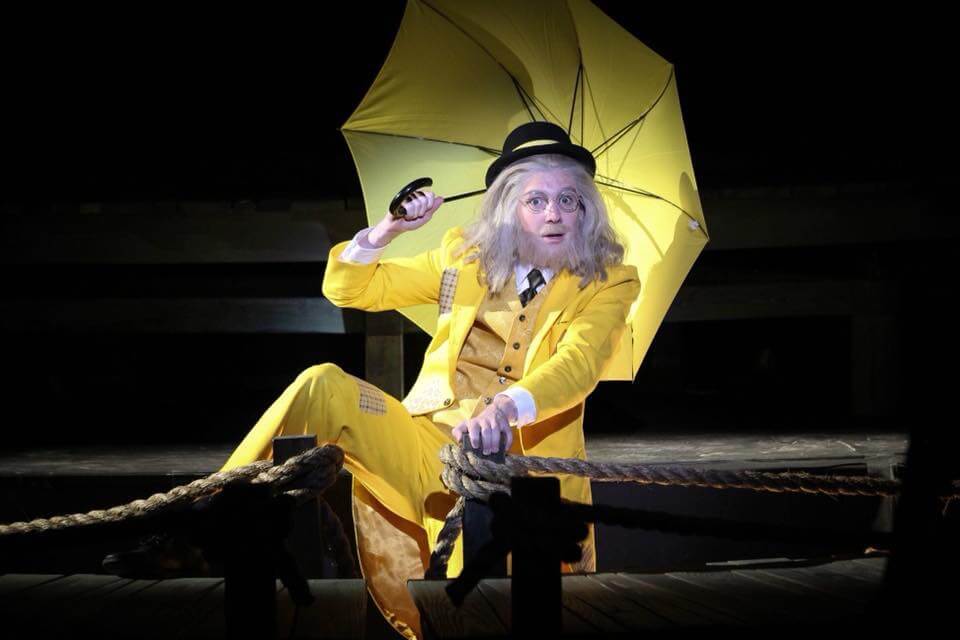 To be considered for the program, you have to be in high school —as a rising freshman up to a recently graduated senior.

Ben Wolfe started the program, which has flourished through the years. He contributes so much, said Lukens, and he gives everything to that company.

One of the original producers came to the show, and the original Jessie Tuck came and did a Master Class. His name is Andrew Keenan-Bolger. He’s a big broadway celebrity.

“Clayton is an outstanding young man filled with a joy and energy that makes every room he enters a little bit brighter,” said Wolfe. “We loved working with him this summer.”
`
Go to www.summertheatreinstitute.com to learn more. 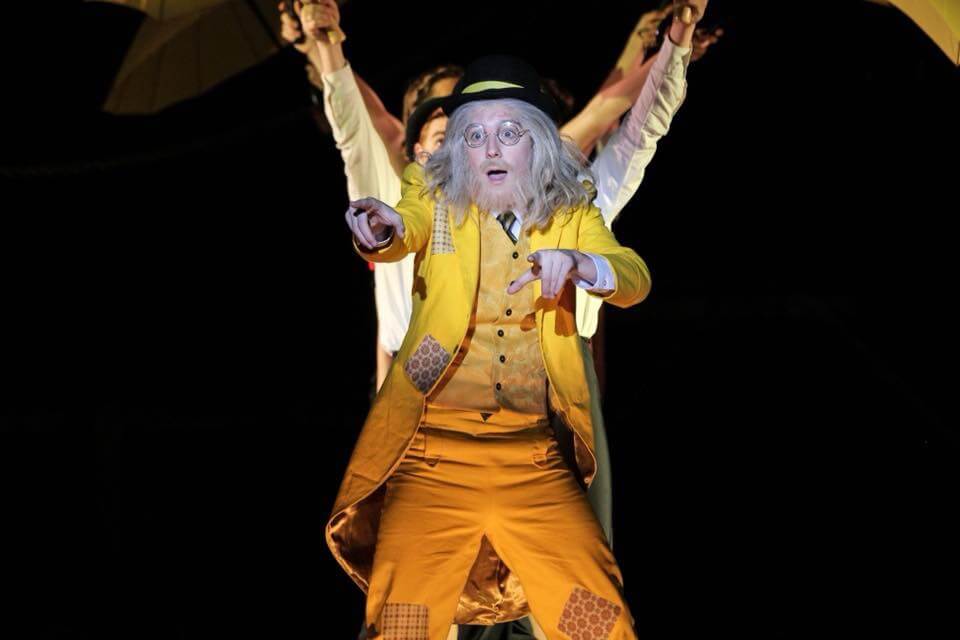 Lukens had a great time, and worked really hard. 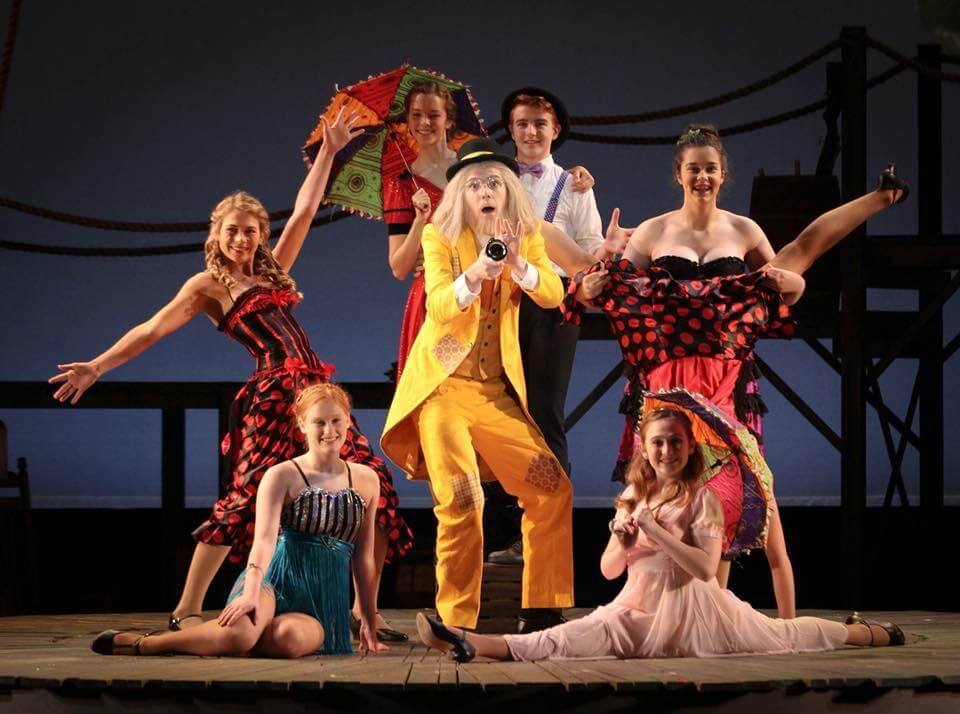 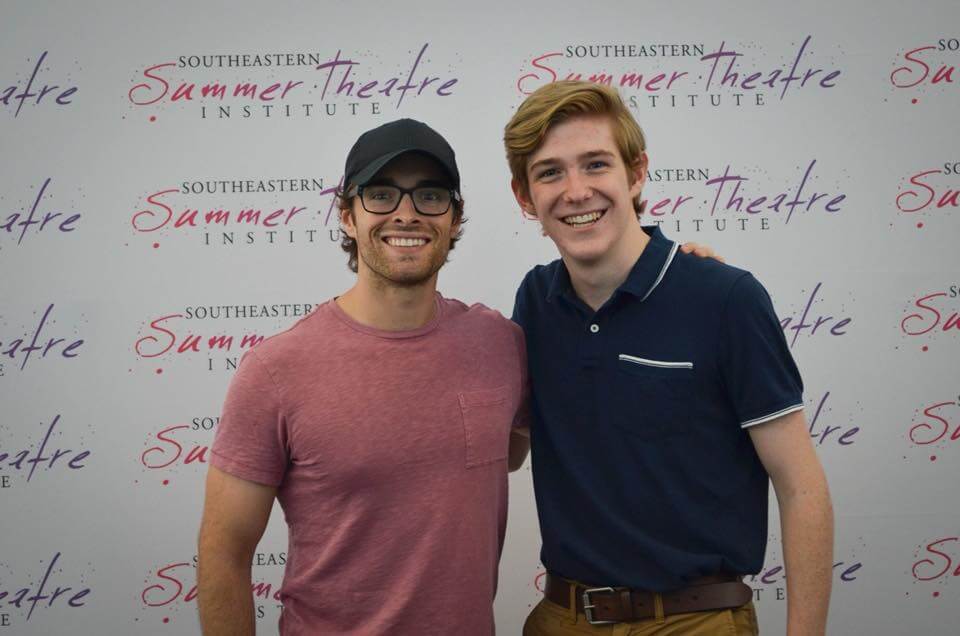 Lukens made some good friends at the Southeastern Summer Theatre Institute.