Camas, WA — As their new season begins this Saturday at 2 pm at VEGA, the reigning State Champion Girls Gymnastics team is putting in the hours, the sweat, and strategy to defend their State title.

Since winning State last February, the team has only lost one athlete, Jax Purwins, and they’re pretty excited about new star power — Peyton Cody and Lili Ford — along with several athletes that are new to the sport. While focused and grateful, they also begin this season with a lot of confidence.

“Our team has almost doubled in size,” said Head Coach, Carol Willson. “I think winning State helped draw a lot of new kids, but it’s also a new adjustment. We enter this season with strength, and just hope that everyone can stay healthy.”

Given the team’s size, practices are spread all across the week, and into the weekends, and seldom are the JV and Varsity squads practicing together, but we caught up with the girls during a rare session when the team was all together, in one place, at the same time.

“We won state so that shows them we’re the real deal, and that we’re serious,” said co-captain, Madison Martin. “We have a lot of new freshmen that are really good. Winning Sate was a good moment, it was a real bonding experience for everyone. It makes us more motivated to hold onto it — to keep the title.”

“Having so many more athletes on the team really helps out,” said Affleck. “We have a lot of experience.”

Co-captain Joy Marsh, who did All-Around last season, said the size of the team is challenging, which is why they split practices into two groups.

“We have to make each practice count, and stay focused on our goals,” said Marsh. “We have a good team, and good coaches with Carol and Trisha. We also have strength in the All-Around.”

The new team size is also a blessing because it gives them more depth.

“We’re up to 40+ kids, and they have to work harder to make a spot,” said Willson. “We are coaching seven days a week, and Sunday afternoons are the only time we get the whole team together, which is essential for team bonding. The girls put in the time, and we’re excited to officially get the season started on December 8!” 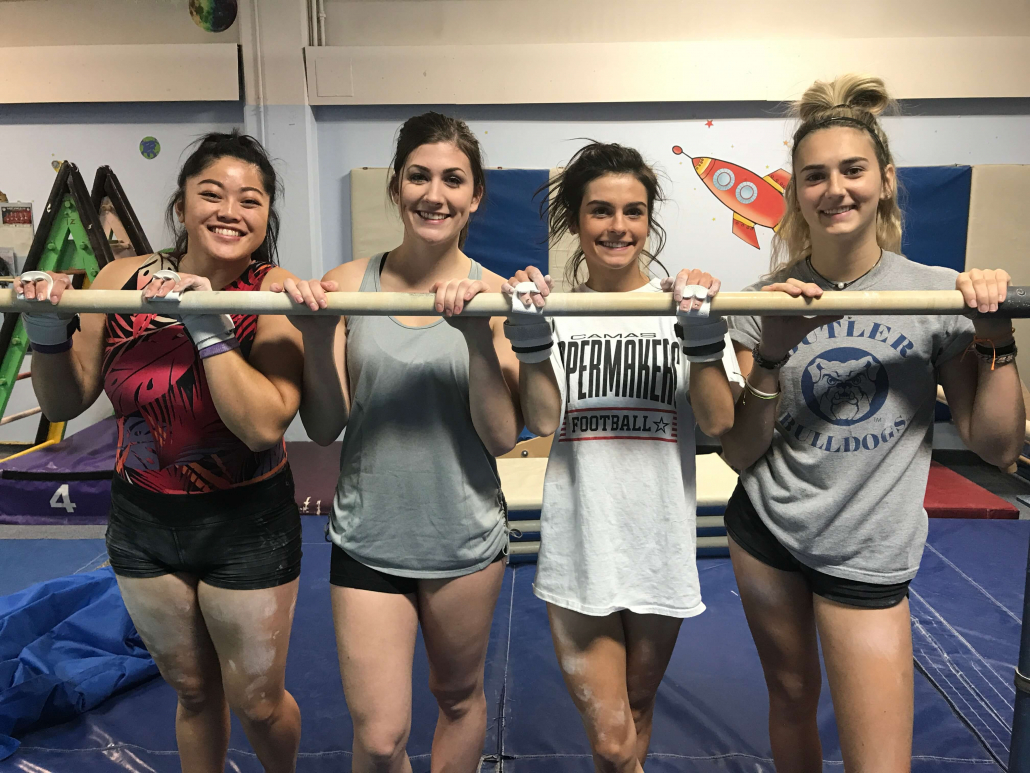 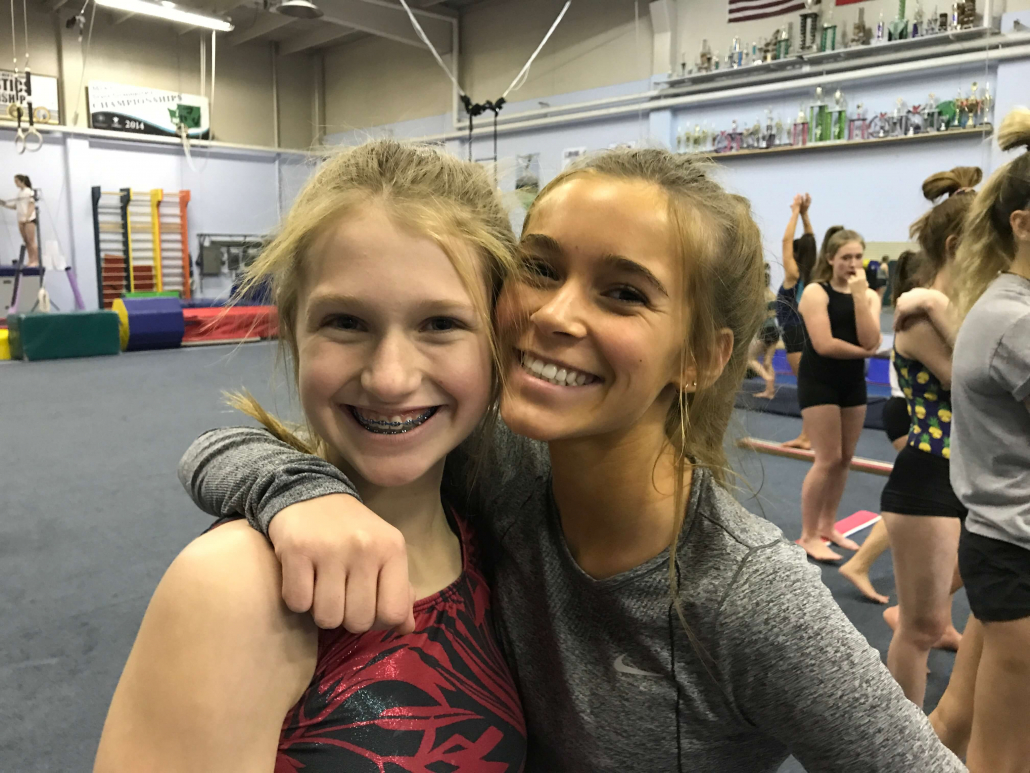 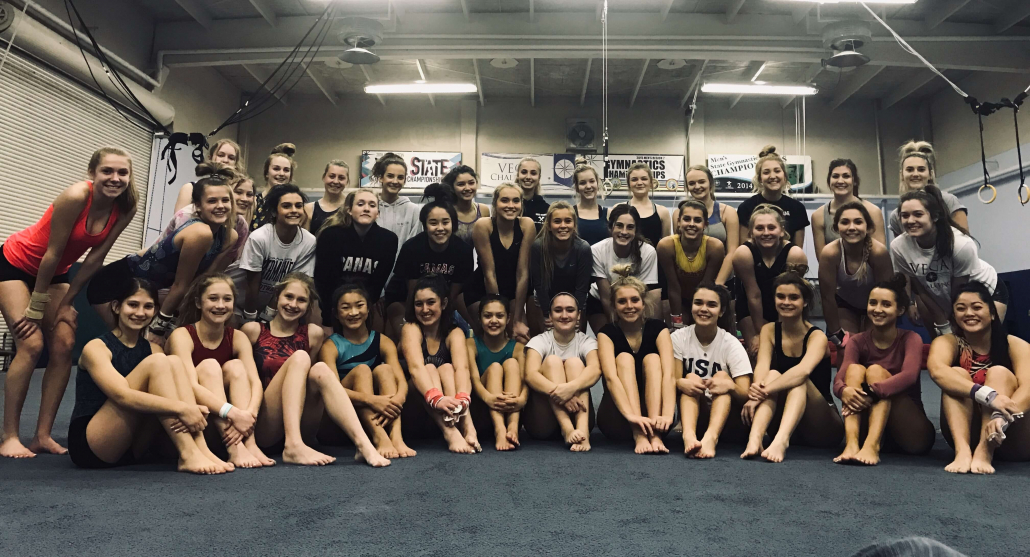 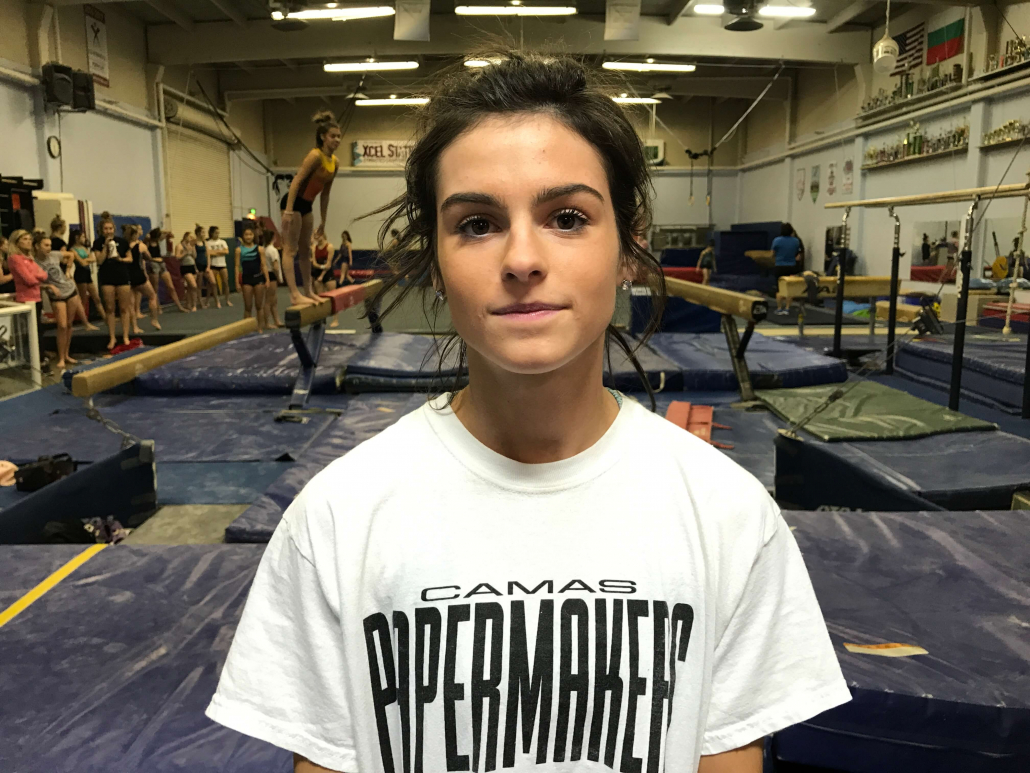 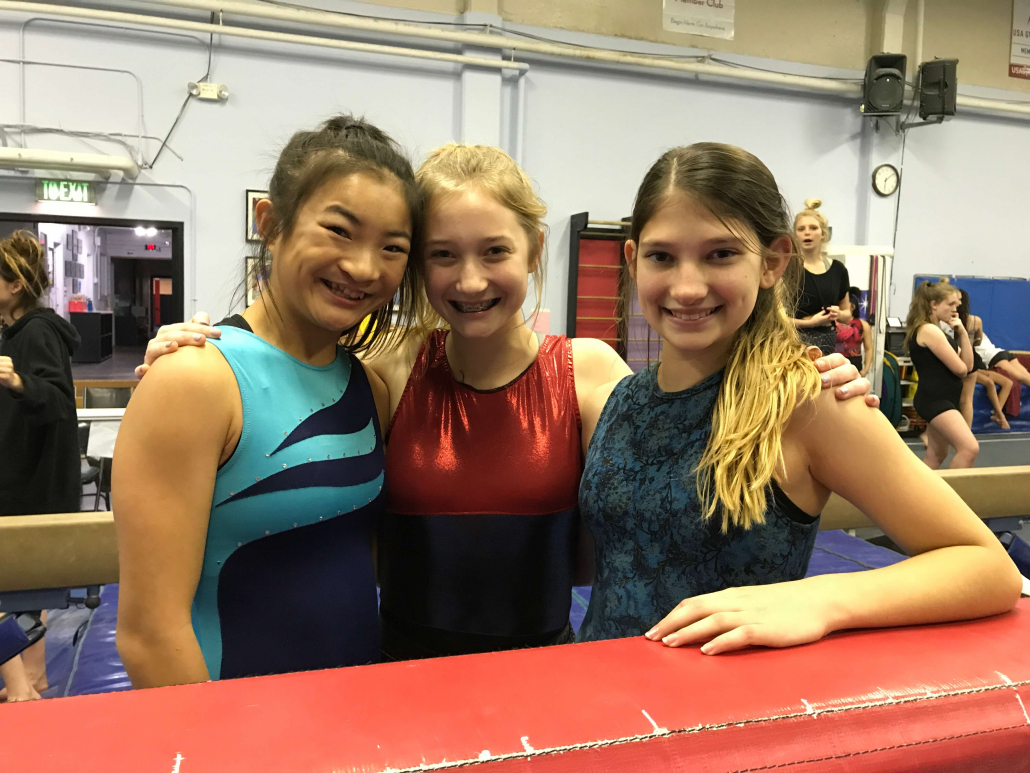 Some of the Freshmen gymnasts. 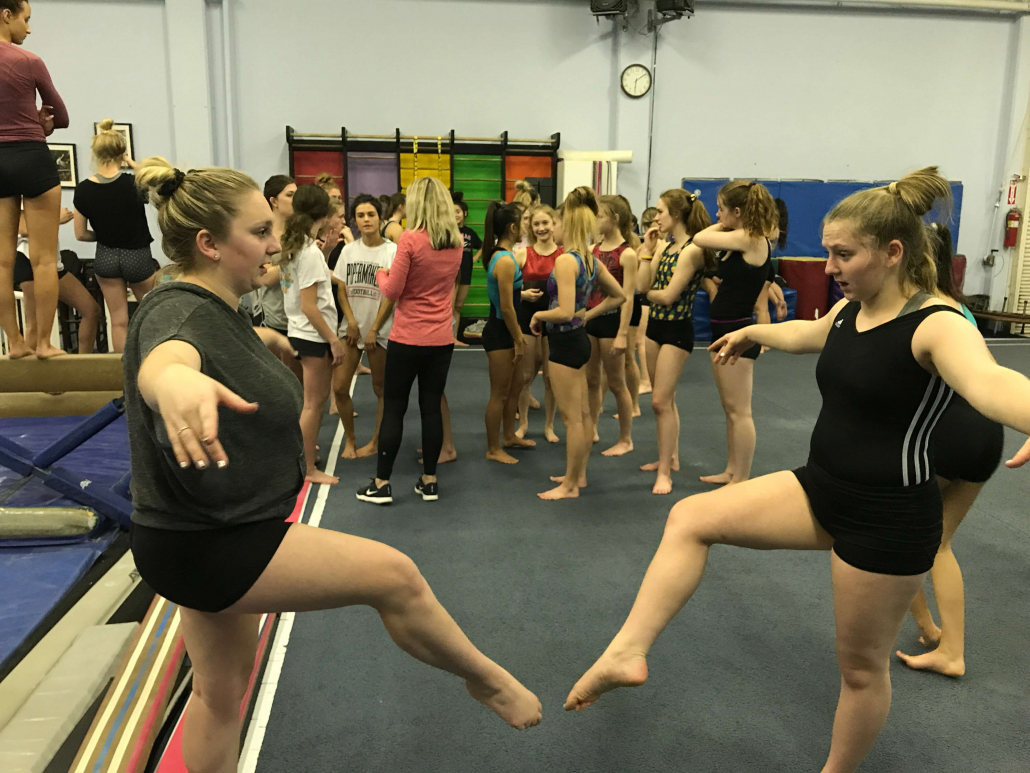