Camas was down a few athletes (Zach Macia, Chris Xia, and Jack Harris), but the Evergreen swim competition is simply getting better.

”Since we practice with them,” said Camas Assistant Coach, Leslie Levesque, “we can see how much they’re improving. They swim well.” 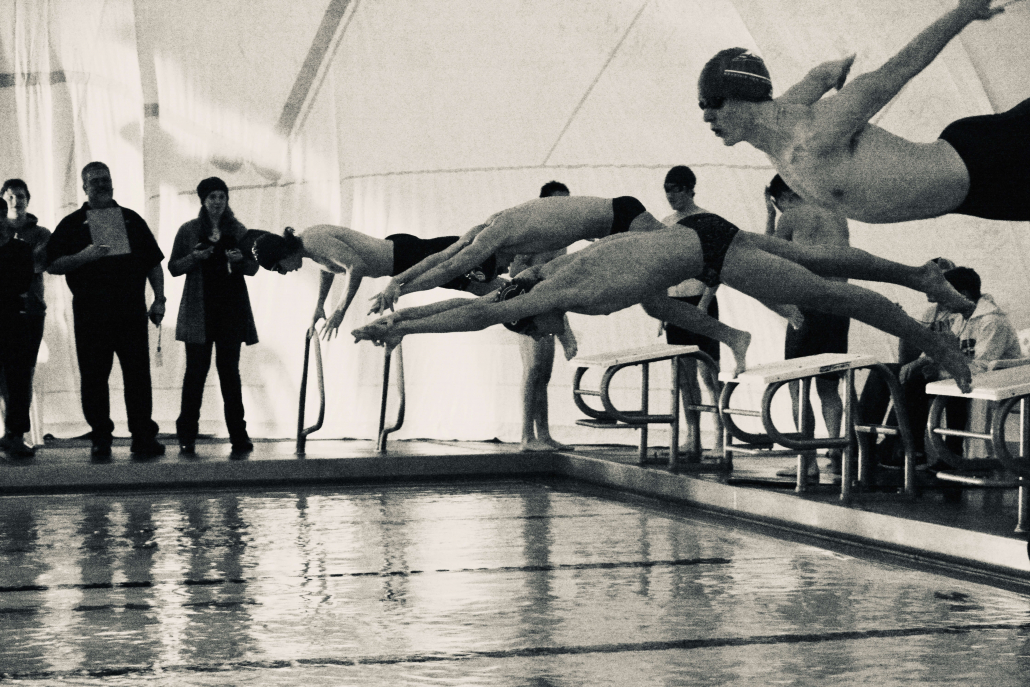 Despite the win, it wasn’t the best Papermaker performance in the pool.

“The swimmers are doing their best to adjust to the new pool, but since we can’t all practice at the same time it’s created some challenges with team cohesion,” said Levesque. “Our foundation was taken away, and we’re still adjusting. The boys work really hard to accomplish what they have always done in the past.”

They are preparing for two more meets next week: one at the YMCA in Vancouver, and one at Kelso. 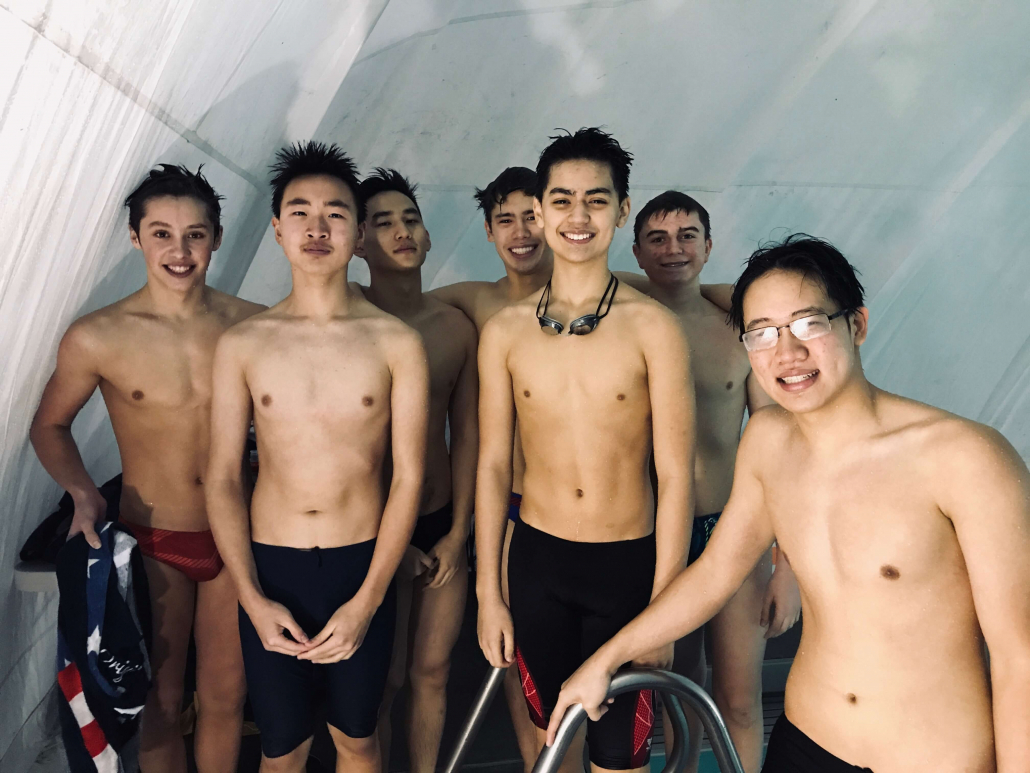 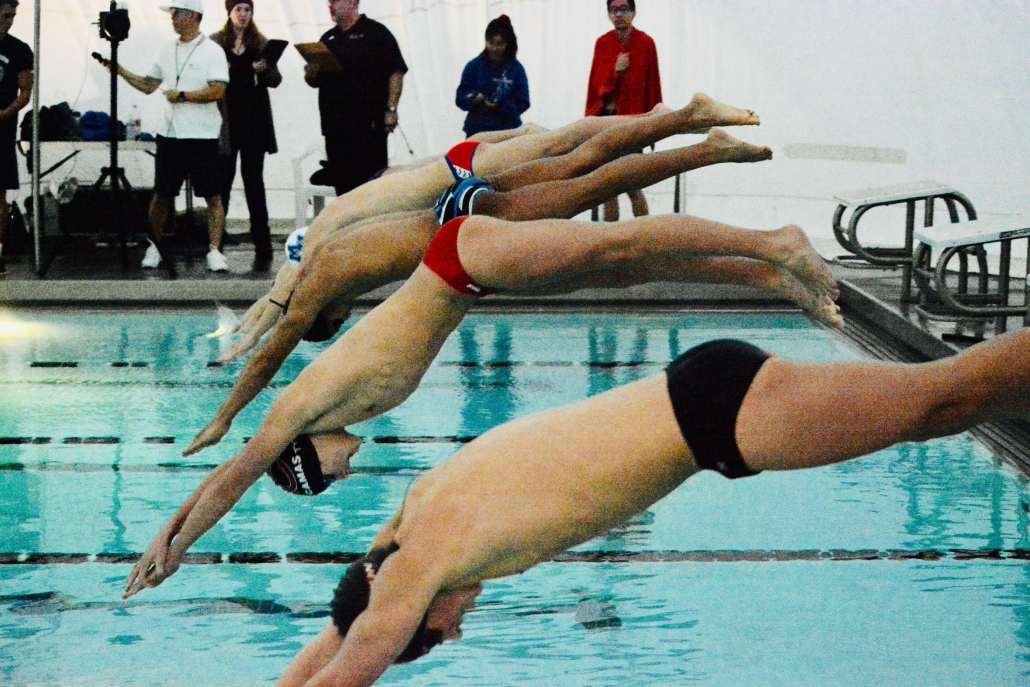 Off the starting blocks. 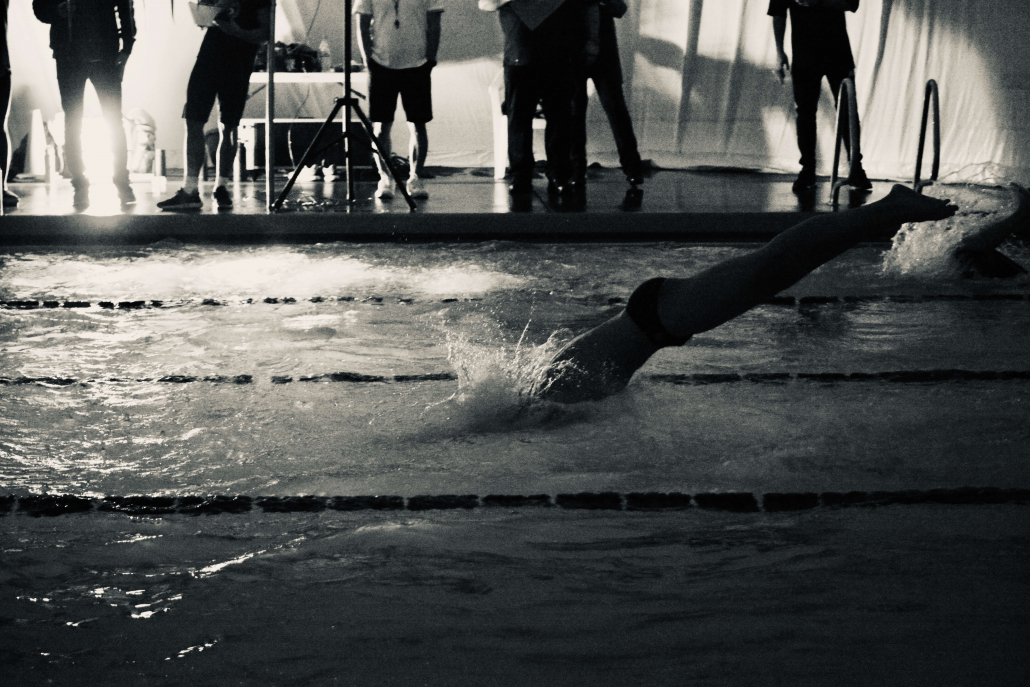 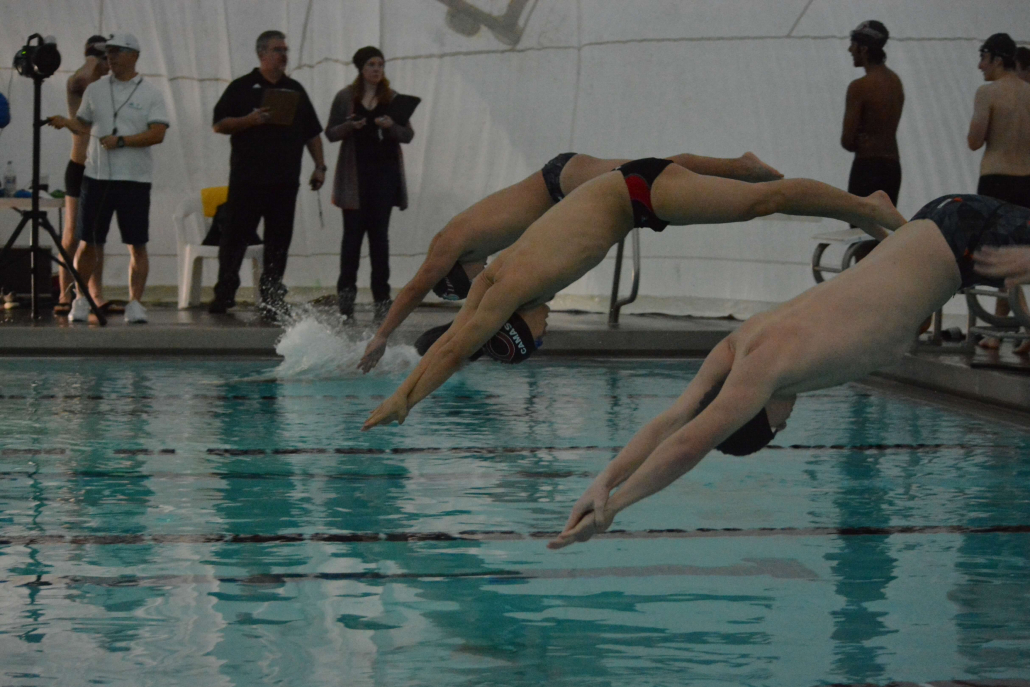 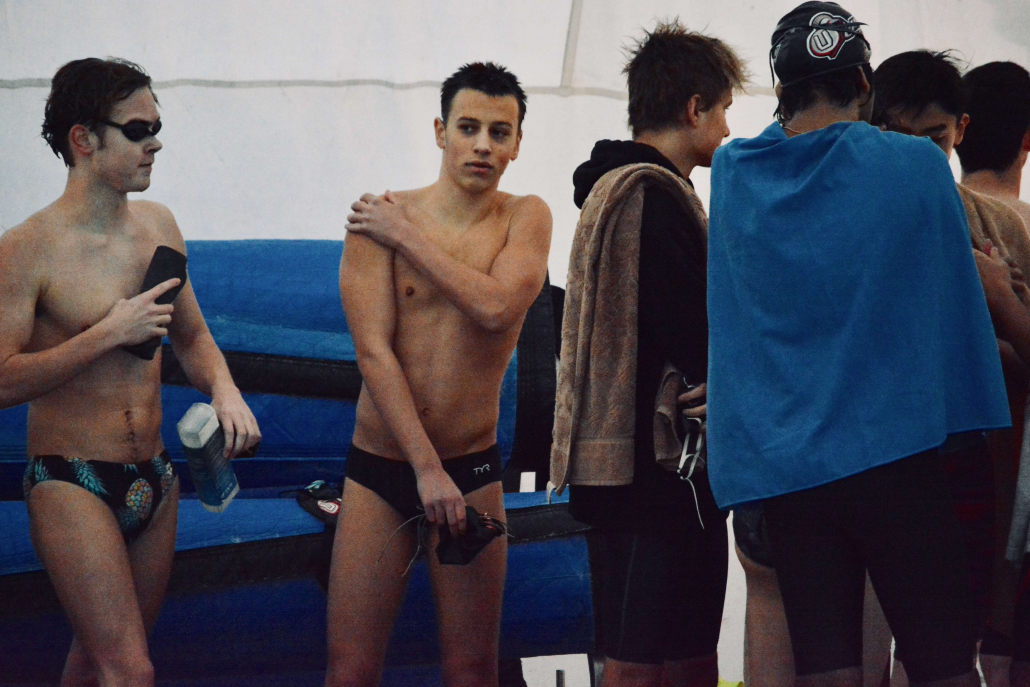 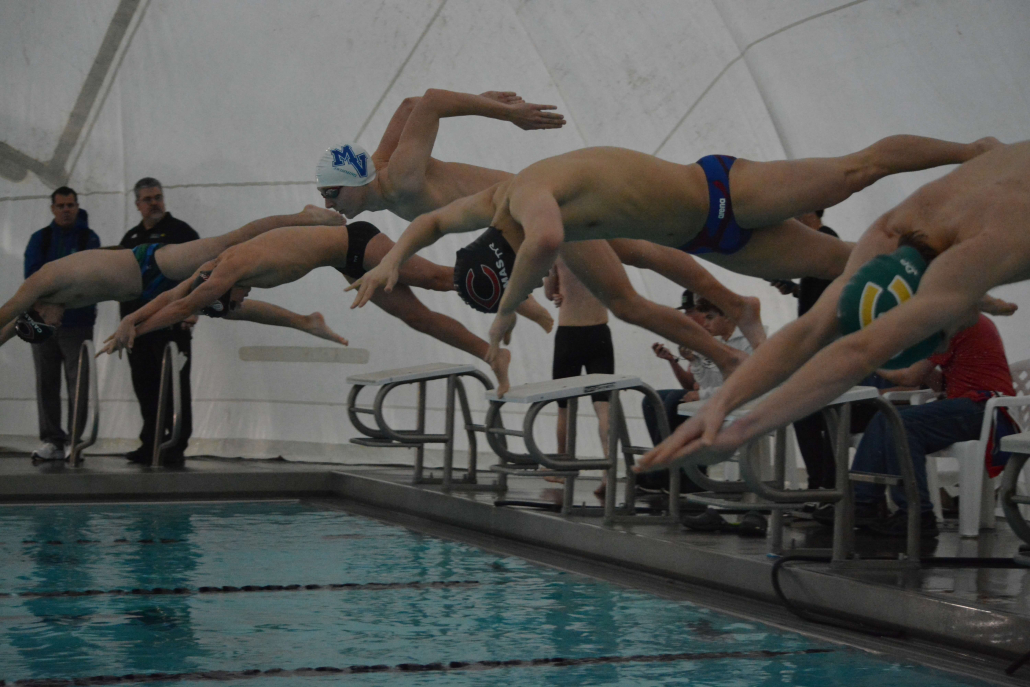 Camas swimmer, Austin Fogel, and many competitors, goes off the starting block. 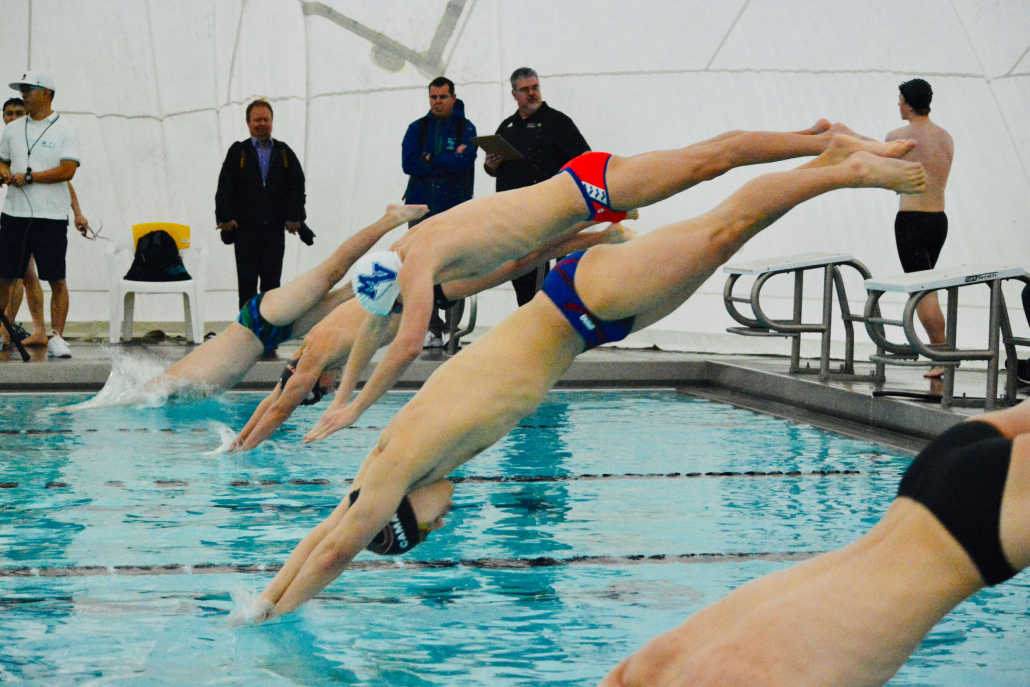