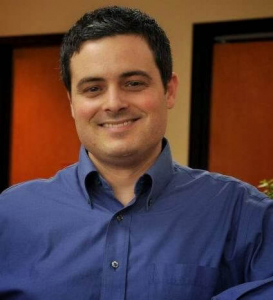 Unless you live under a rock, you’ve probably heard a lot about Parkinson’s disease (PD) lately.  In recent years, this formerly obscure disorder has captured the media spotlight.  Much of this attention is due to high-profile personalities with the disorder, including actor Michael J Fox, United State’s Attorney Genera Janet Reno and boxing legend Mohammed Ali.

Parkinson’s disease involves the degeneration of nerve cells in the brain region that control muscle movement (substanita nigra).  Destruction of these cells causes a drop in levels of dopamine, a brain chemical that transmits information between nerve cells.  Insufficient coordination problems, frozen facial expression, speech impediments and tremors.  Rigidity, memory loss and depression are also associated with this condition.

Although scientists have yet to discover the exact cause of PD – two out of 1,000 people are afflicted with the disease – genetic, environmental and lifestyle factors all appear to play a role.

Parkinson’s, like many others, affects members of every race and walk of life.  Although PD is more common in people over the age of 50, its afflicting younger adults at a rapidly escalating rate (as highlighted by Fox’s highly publicized struggle with the disease, which struck when he was 30 years old).

Despite the recent high profile cases, there is little published material on how to ward off the disease.  In contrast, most people remain unaware of research revealing that PD may be preventable.  As a wellness specialist, Dr Davis constantly strives to share information about disease prevention with patients.  One way that Dr Davis accomplishes this is by presenting weekly research based Optimal Health University handouts on various wellness topics, including this one on PD.  Read on to learn about how specific lifestyle changes may slash your odds of developing Parkinson’s disease.

Although additional studies are needed before a firm link is established, preliminary research supports what many patients report: chiropractic care alleviates the symptoms of PD – and may help to prevent the disease altogether.  For instance, a just published scientific case study followed a 60 year old man with PD who underwent chiropractic care.  Physical examination revealed that the patient had a common condition of the spine called vertebral subluxations (J Manipulative Physiol Ther 2000;23:573-7).  These dysfunctional spinal segments result when movement is restricted or bones (vertebrae) are out of alignment.  Dr Davis corrects vertebral subluxations by applying a gentle, specific, force of the spine – a procedure called a chiropractic adjustment.

After nine months of receiving chiropractic adjustments to the upper neck, the patient in the study experienced a dramatic reduction in rigidity, tremor and speech difficulties.  These findings were confirmed by improved scores in the Unified Parkinson’s Disease Rating Scale, a standard test used to measure PD progression (J Manipulative Physiol Ther 2000;23:573-7).

How may chiropractic adjustments avert PD? The spine houses the spinal cord, the lifetime of the central nervous system.  Experts speculate that vertebral subluxations may disrupt spinal cord activity, in turn restricting nerve flow back and forth from the brain to the limbs.  In PD, inhibited nerve flow may aggravate symptoms like tremor and rigidity.

A trim physic isn’t the only reward of calorie counting, say scientists.  According to recent studies, watching you’re far and calorie intake may keep PD at bay.  Mice that consumed 24 percent fewer calories, according to researchers at the University of Wisconsin-Madison, were less likely to experience the brain destruction associated with PD – compared to mice that are a higher calorie diet.  Specifically, the restricted diet inhibited genes that encode for brain degeneration.   Because the brain chemistry of mice resembles that of humans, scientists speculate that people who follow low calorie diets also slash their risk of PD.

For decades, researchers studying PD have noted that the disease is more rampant in agricultural regions.  What accounts for this phenomenon?  Exposure to pesticides, say scientists.

Research with animals supports what geographic trends indicate: pesticide exposure is one cause of PD.  For instance, investigators in one experiment injected 25 rats with rotenone, a widely used pesticide.  Half of the rats exhibited Parkinson like symptoms immediately.  Scientists also observed the gradual degeneration of dopamine producing cells and the formation of brain proteins associated with disease (Nature Neuroscience 2000;3:1227). 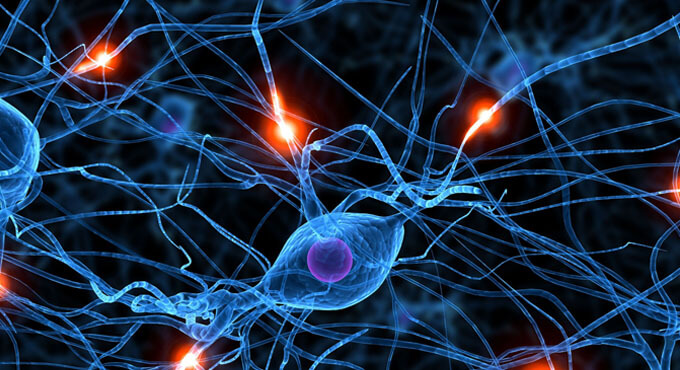 And, if you think that the pesticides used for home gardening are too mild to trigger PD, think again.  Even the common pesticides found at neighborhood garden supply stores increase a green thumb’s risk of PD, according to a report presented in May 2000 at the American Academy of Neurology’s 52nd annual meeting in San Diego.  The study, which compared 541 healthy people with 496 PD patients, found that people with Parkinson’s were twice as likely to have use pesticides for home gardening or pest control compared with healthy individuals.

“Certain chemicals that an individual is exposed to in the environment may cause selective heath of brain cells or neurons,” explained chief investigator Lorene Nelson, PhD, a neoroepidemiologist at Stanford University School of Medicine in Palo Alto, Calif.

In addition to pesticides, many workplace solvents are linked with PD.  In one study of 990 Parkinson’s patients, Italian researchers discovered that subjects exposed to solvents found in common petroleum based products, such as paints and flues, were an average of three years younger at the first sign of PD.

Curl up with a Cuppa Joe

Here’s a good excuse to sneak an extra coffee break into your daily routine: drinking java may prevent PD.  A small, but swiftly mounting, body of research reveals that people who curl up with a daily ‘cuppa Joe’ are significantly less likely to develop PD, compared with their peers who avoid coffee.

One article in the Journal of the American Medical Association compiled data on the 8,004 Japanese American men between ages of 45 and 68.  Over thirty years of follow up, 102 subjects developed PD.  Coffee drinkers enjoyed a 3 to 6 fold reduced risk of the disease, compared with non coffee drinkers.  Caffeine intake from non coffee sources was also associated with a reduced risk (JAMA 2000;283:2674-9).

Another study, conducted at the Mayo Clinic in Rochester, Minn., enrolled 196 patients with PD and an equal number of healthy control subjects.  Findings showed that java drinkers were considerably less likely to have PD that non coffee drinkers (Neurology 2000;55:1350-8).

As with most things, moderation is key when it comes to coffee consumption.  Although coffee may avert PD, too much java is linked with an increased risk of other disorders, including esophageal cancer, heart disease and osteoporosis.

Scientists theorize that exposure to chemicals called free radicals may spark the deterioration of brain cells in Parkinson’s patients.  Free radicals have also been shown to initiate the cellular reactions associated with cancer and heart disease.

Free radicals are produced as byproducts of chemical reactions in the brain.  They are also associated with fried foods and high in saturated fat.  The good news is that specific “antioxidant” nutrients have been shown to quench free radicals, before they have the opportunity to wreak havoc.  Antioxidants include vitamins A, E and C, selenium, green tea, grape seed extract, coenzyme Q10 and plethora of nutrients in fresh fruits and vegetables.  Interested in giving some of these supplements a try? Talk to your doctor of chiropractic about what antioxidant combination is right for you.

(One note of caution: patients taking medication for PD should avoid supplements containing B vitamins, as they interfere with the effectiveness of certain medications.)

Take Charge of your Health Today!

Find out more about preventing PD and other conditions by visiting your doctor of chiropractic for regular checkups.  Don’t wait to take charge of your health – schedule an appointment for a chiropractic evaluation today!

Optimal Health University™ is a professional service of PreventiCare Publishing®. The information and recommendations are appropriate in most instances. They are not, however, a substitute for consultation with a health-care provider such as Dr. Davis. Copyright, 2013.

Dr. Marc Davis adjusts patients at Davis Family Chiropractic, a thriving wellness-oriented office located next to Fred Meyer in Fisher’s Landing. For FREE monthly tips and community events subscribe to Dr. Davis’ blog “Life Naturally” by going to www.davisfamilychiro.com and clicking on “Blog”. To schedule a time to meet with Dr. Davis, or to get information about having him speak at your club, church group or workplace, call (360) 823-2225. Mention “LacamasMagazine” and “Free Scan” to get your Computerized Back and Neck Scan (regularly $210) for FREE (limited time offer).

“For a Lifetime of Standing Tall!”

Started with a Dream … and a Cocoa Bean

Camas High School Sports Round Up
Scroll to top