The two-act play, written by Alan Jay Lerner, with music by Frederick Loewe, was directed by CHS Drama teacher, Sean Kelly, and was filled with a talented cast and crew. The Orchestra, directed by Richard Mancini, had its 15th musical production under his direction, and they, too, made an incredible difference to the play’s overall performance. The CHS choir introduced the play and has performances throughout the evening.

“We thought it was wonderful,” said Louise Wynn, a Camas resident. “They did a great job!”

The students have spent months in preparation for the play, which is a story about love and fear.

“After all,” says director Kelly, “To love someone is to take a courageous leap of faith and entrust another with knowledge of your truest self.”

The story involves two American tourists (Tommy Albright, played by Forrest Myers-Power, and Jeff Douglas, played by Omar Shaufiuzzaman) who stumble upon Brigadoon, a mysterious Scottish village which appears for only one day every hundred years.

The New Yorkers have traveled to Scotland on a vacation, but they quickly get lost. They begin to hear music (“Brigadoon”) coming from a nearby village that does not appear on their map. As they head over there to get directions, they find a fair in progress (“McConnachy Square”), with villagers dressed in traditional Scottish attire. Andrew McLaren (played by John Nelson) and his daughters arrive at the fair to purchase supplies for younger daughter Jean’s wedding to Charlie Dalrymple (played by Andrew Henson). Harry Beaton (played by Jonah Bates) is madly in love with Jean and is depressed at the thought of her marrying another. One of the girls asks Jean’s older sister Fiona when she’ll marry, and she says she’s waiting for the right person (“Waitin’ For My Dearie”).

Eventually, Tommy falls in love with Fiona (Brooke Moltrum), a young woman from Brigadoon, and the challenges ensue.

“And here we find the protagonist,” said Kelly. “An unsatisfied groom-to-be, Tommy, is at the very center of the struggle between succumbing to the modern world’s cynical attitudes and taking a leap of faith into the unknown. His best friend, Jeff, has already resigned the battle and takes solace in the way a young bachelor can. But Tommy just can’t let it go. There simply must be something better out there.”

The students, both on and off the stage, did a stellar job with acting, singing, dancing, set design, and timing. The orchestra was outstanding. The Drama Department didn’t disappoint.

In all, the acting team put on five performances of “Brigadoon” to mostly filled theaters.

The original Broadway production, directed by Robert Lewis and choreographed by Agnes de Mille, opened March 13, 1947, at the Ziegfeld Theatre, where it ran for 581 performances. The production enjoyed an extended North American tour.

The film adaptation of “Brigadoon” was directed by Vincente Minnelli and was released by MGM in 1954 with Gene Kelly, Van Johnson, and Cyd Charisse in leading roles.

A TV film starred Robert Goulet as Tommy, Peter Falk as Jeff, and Sally Ann Howes as Fiona. It first aired in 1966.

The play continues to be performed onstage across the United States. 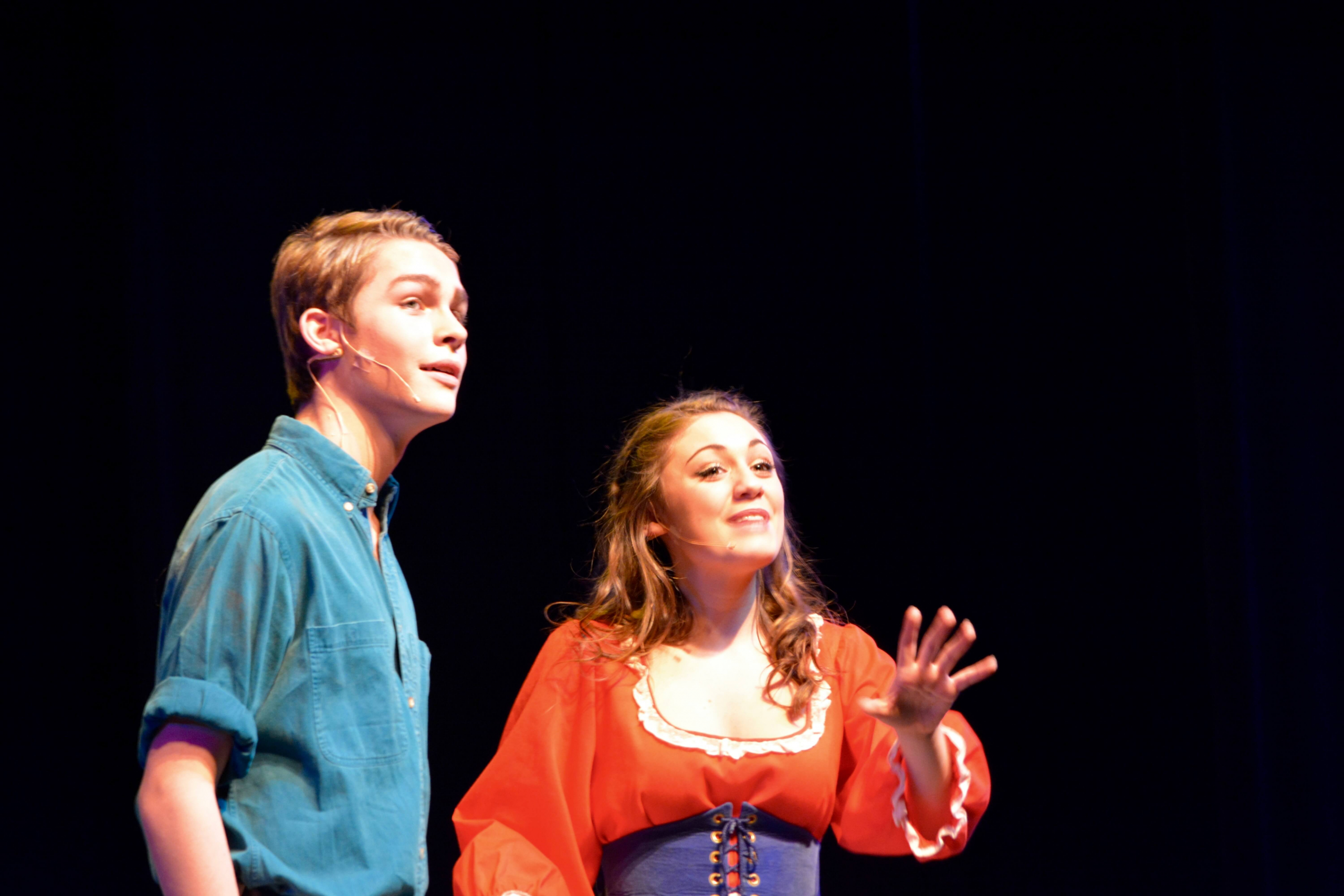 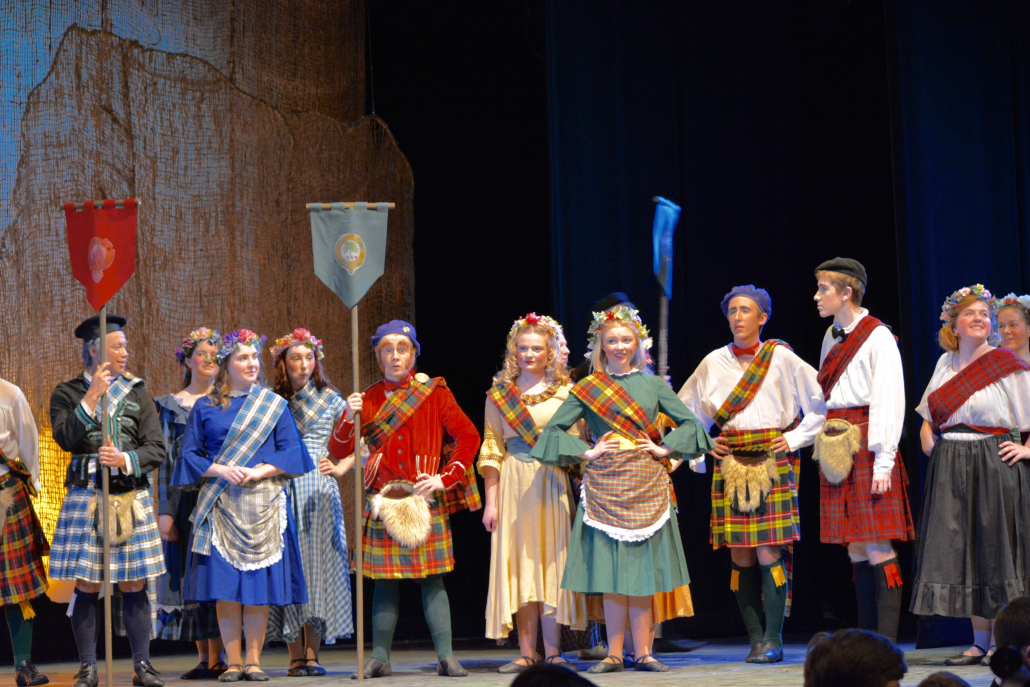 A scene from “Brigadoon.” 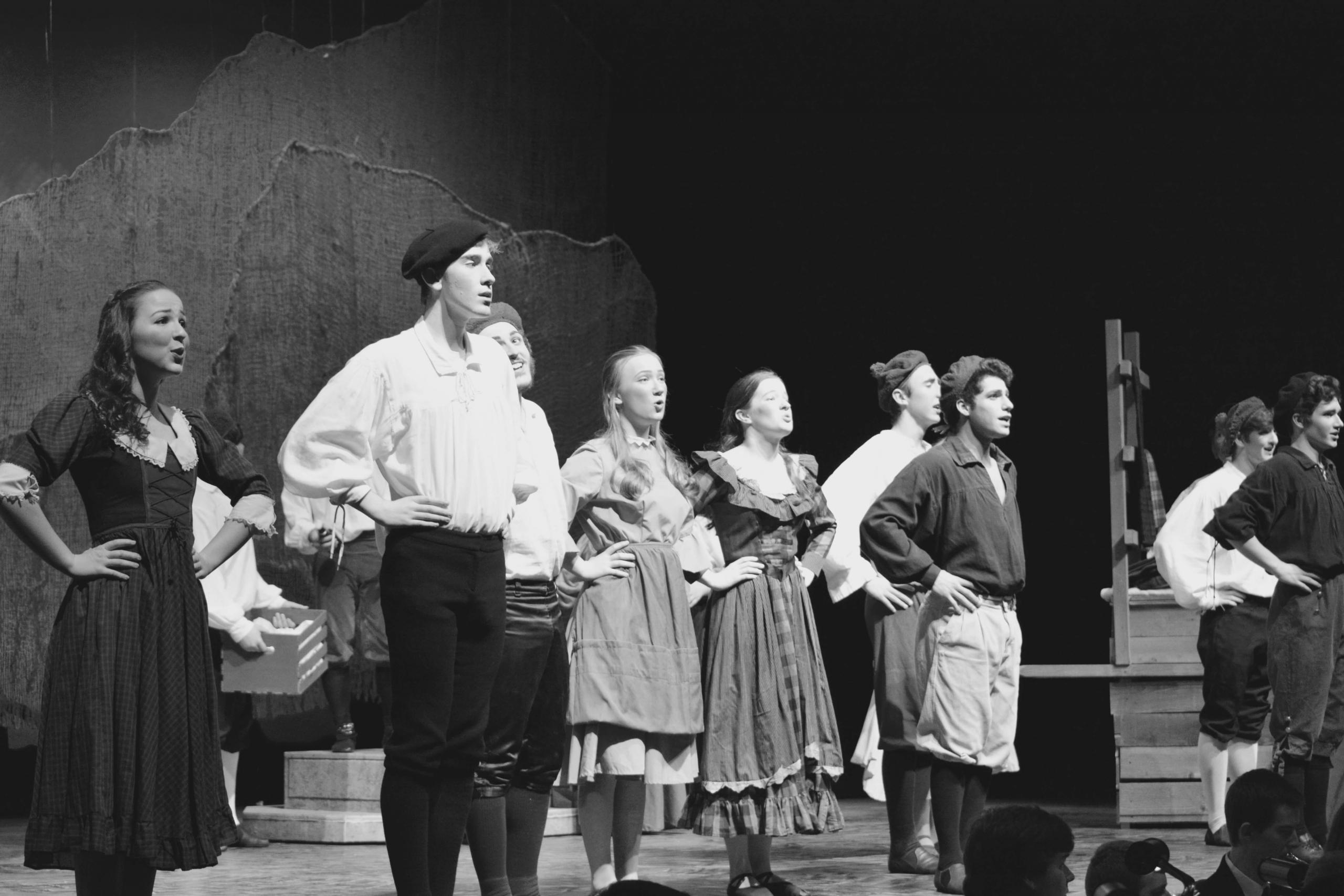 This is one of the early scenes in “Brigadoon.” 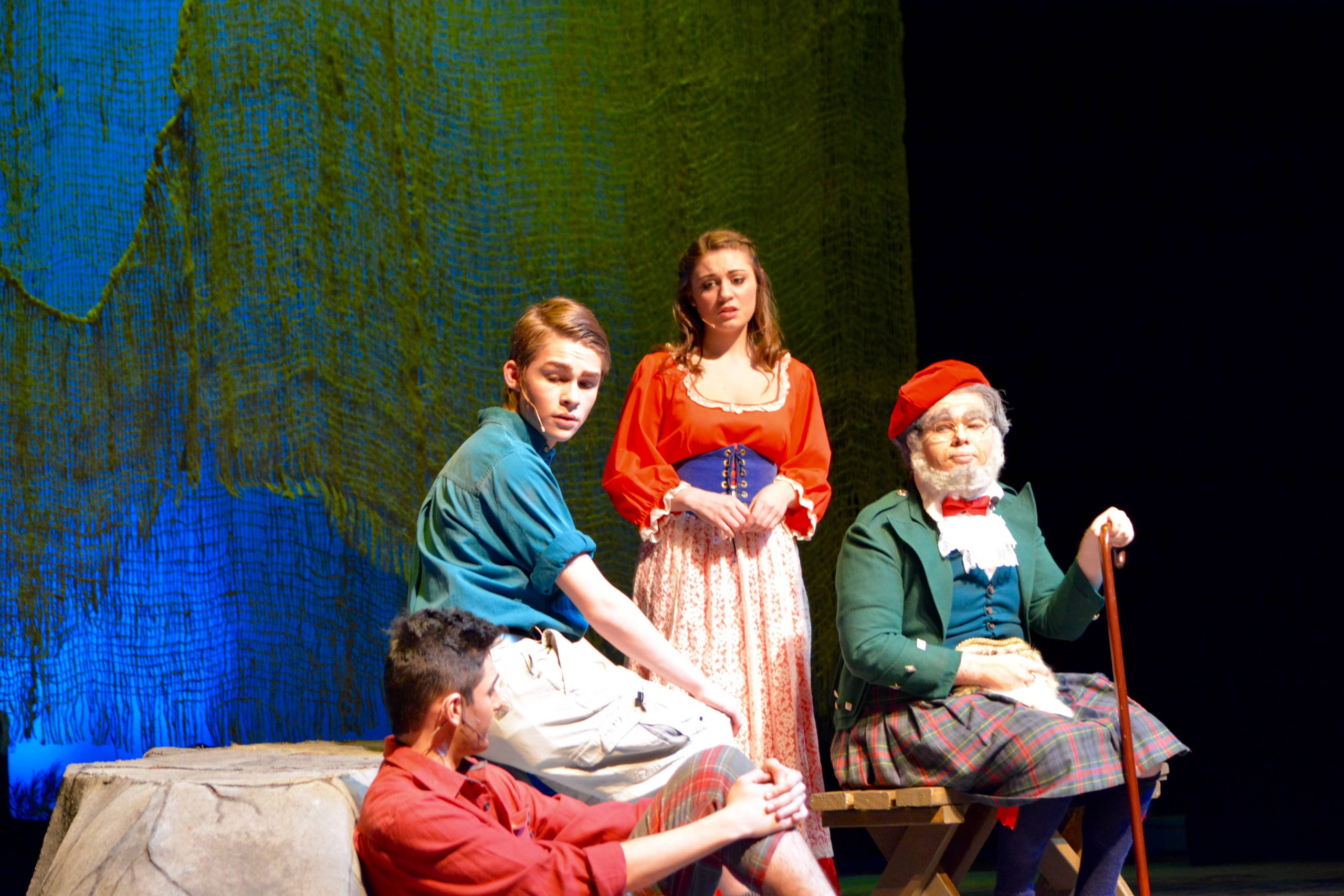 Jeff, Tommy and Fiona listen to advice on the stage of “Brigadoon.”

“Lying in Judgment” a Unique Legal Thriller
Scroll to top