Vancouver, WA — Several Camas Track and Field athletes are heading to bi-districts following a string of top-tier finishes at Wednesday’s GSHL 3A/4A District Championship Meet. This was the first of a two-day meet at McKenzie Stadium.

Here are the results:

Papermakers Emily Karkaren, Aliya Ponder, Cambryn Gulzow and Karsyn Quade earned second place for Camas in the 4×00, qualifying them to move onto bi-districts. 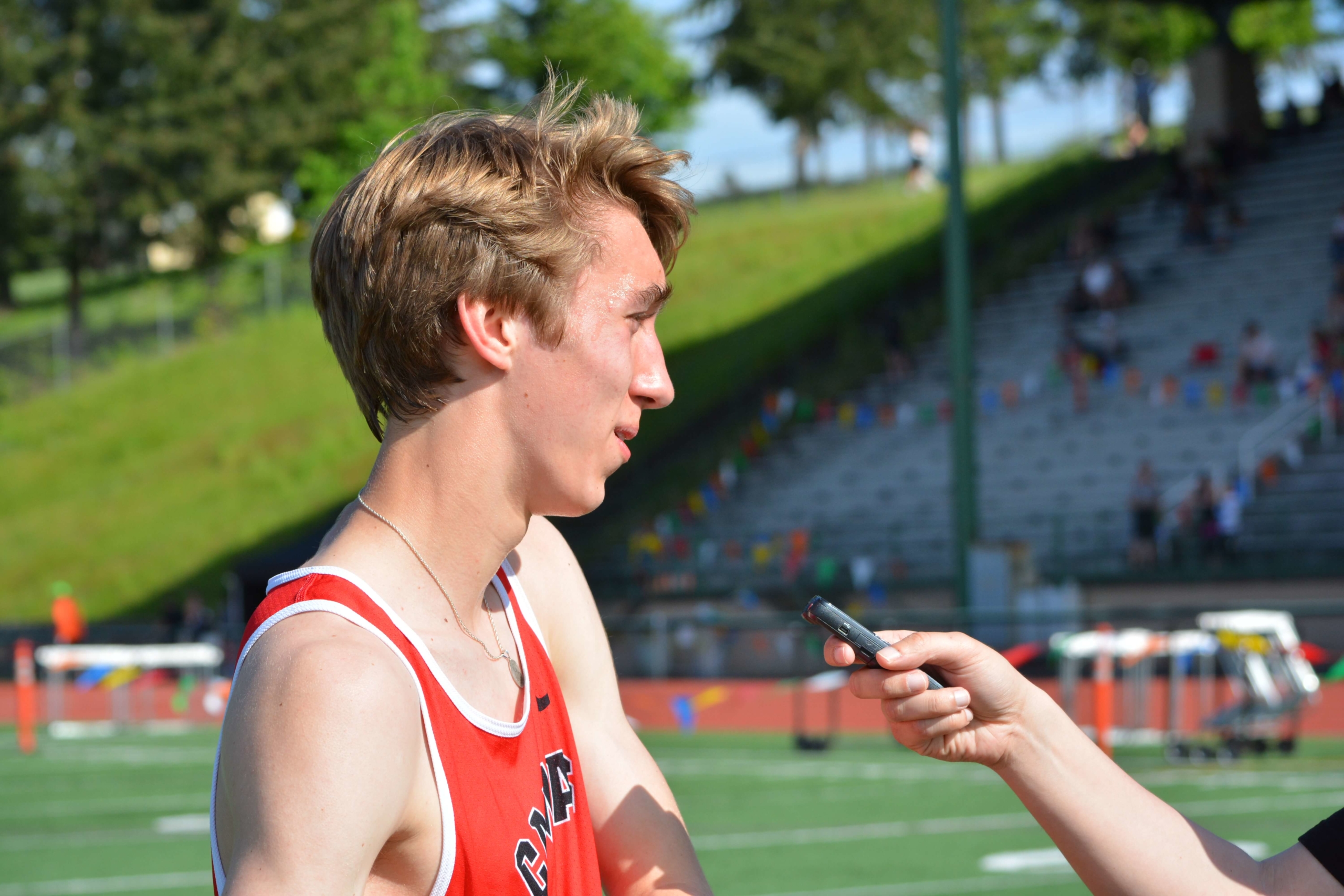 “We represented Camas well,” said Jenkins. “We practiced, met many of our goals, and we worked as hard as we can. I’m excited. I’m working toward a better time as we get ready for bi-districts.”

Blair said she’s had a rough year, but her game plan was to stay positive. “I’m excited about bi-districts,” she said. 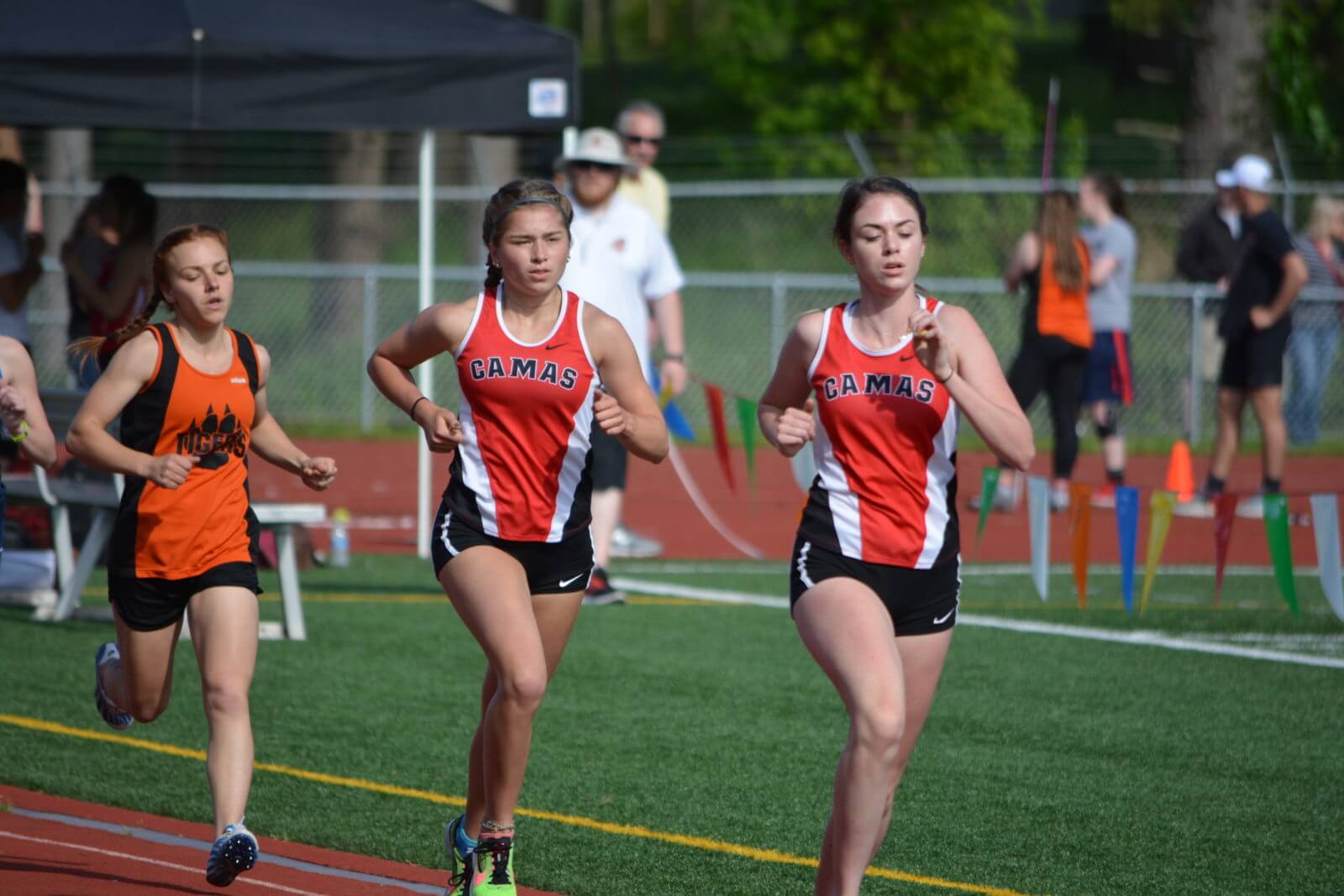 Emma Jenkins won the 1600m event at Wednesday’s 4A Track and Field District Championship. Rachel Blair is just a few steps behind her.

Madison Peffers tied her personal best high jump of 5-4 and was the only competitor in the field to clear 5-1. Peffers won the event and heads to bi-districts. Alexa Dietz clinched the Triple Jump championship with a personal best leap of 35 feet, 11.5 inches. Cade Greseth grabbed the 400m event for Camas.

The meet continues on Thursday, May 11 at McKenzie Stadium. Events begin at 3 pm.

For a listing of all times for all events today, go to https://www.athletic.net/TrackAndField/MeetResults.aspx?Meet=311961#450 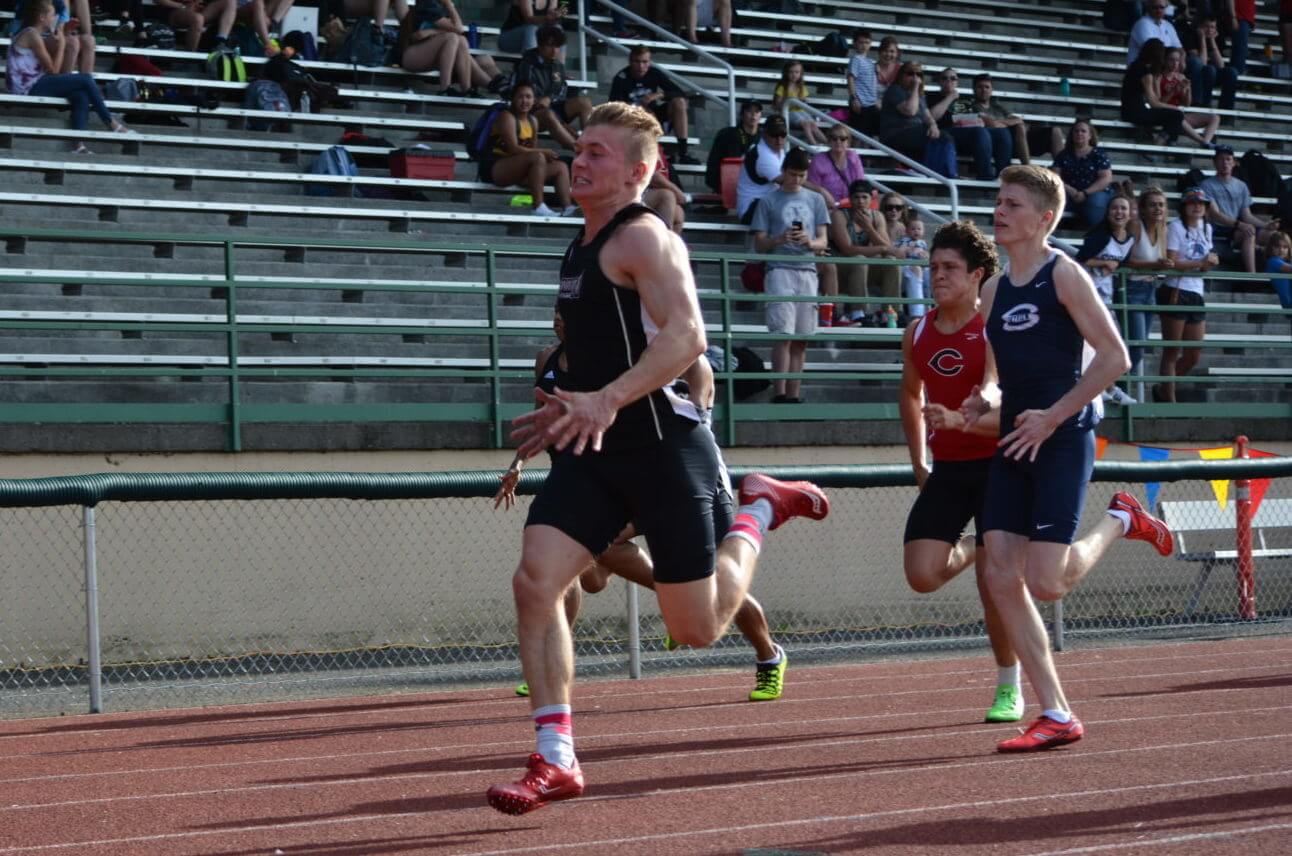 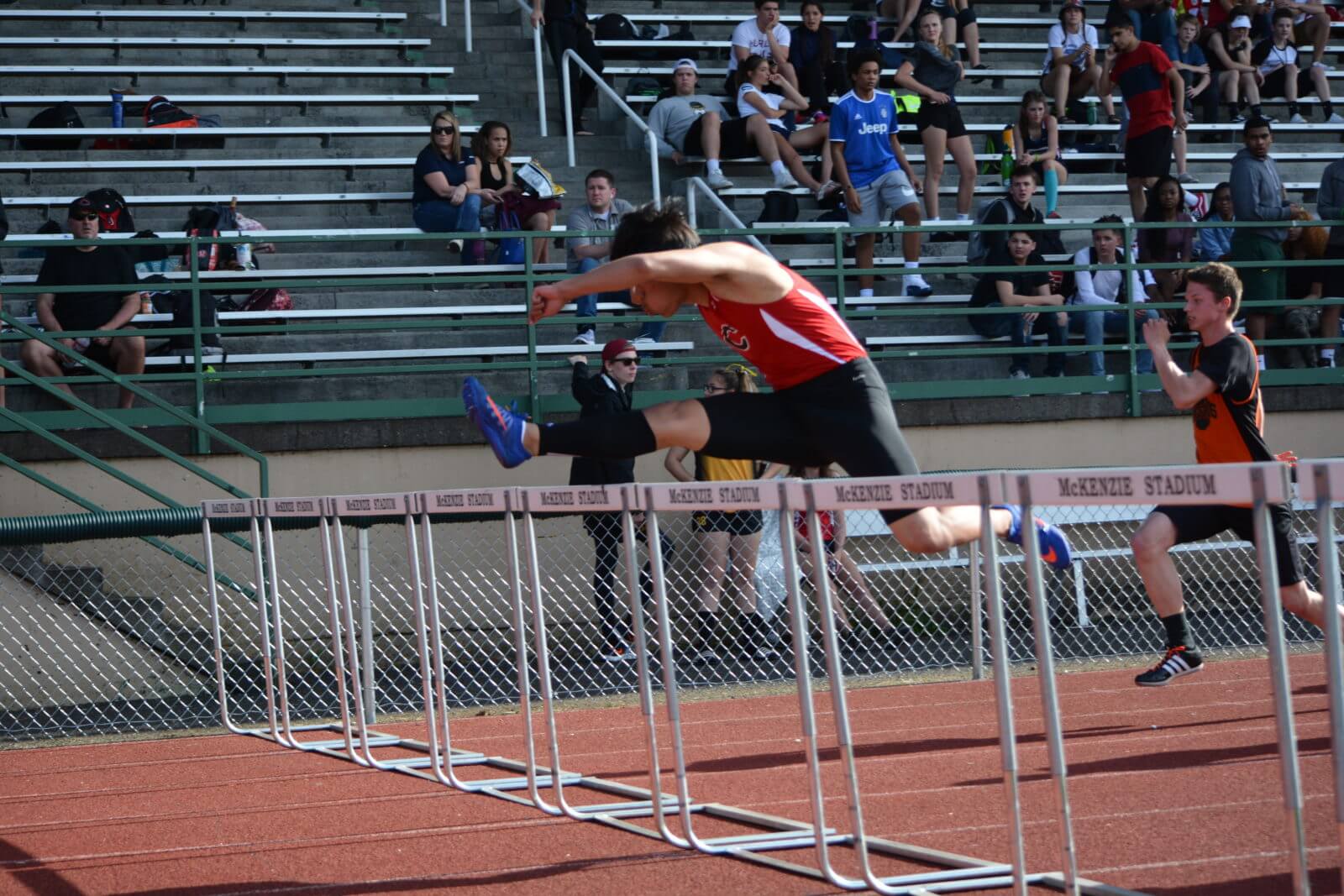 Will Sun finished second in the 110m Hurdles at Districts. 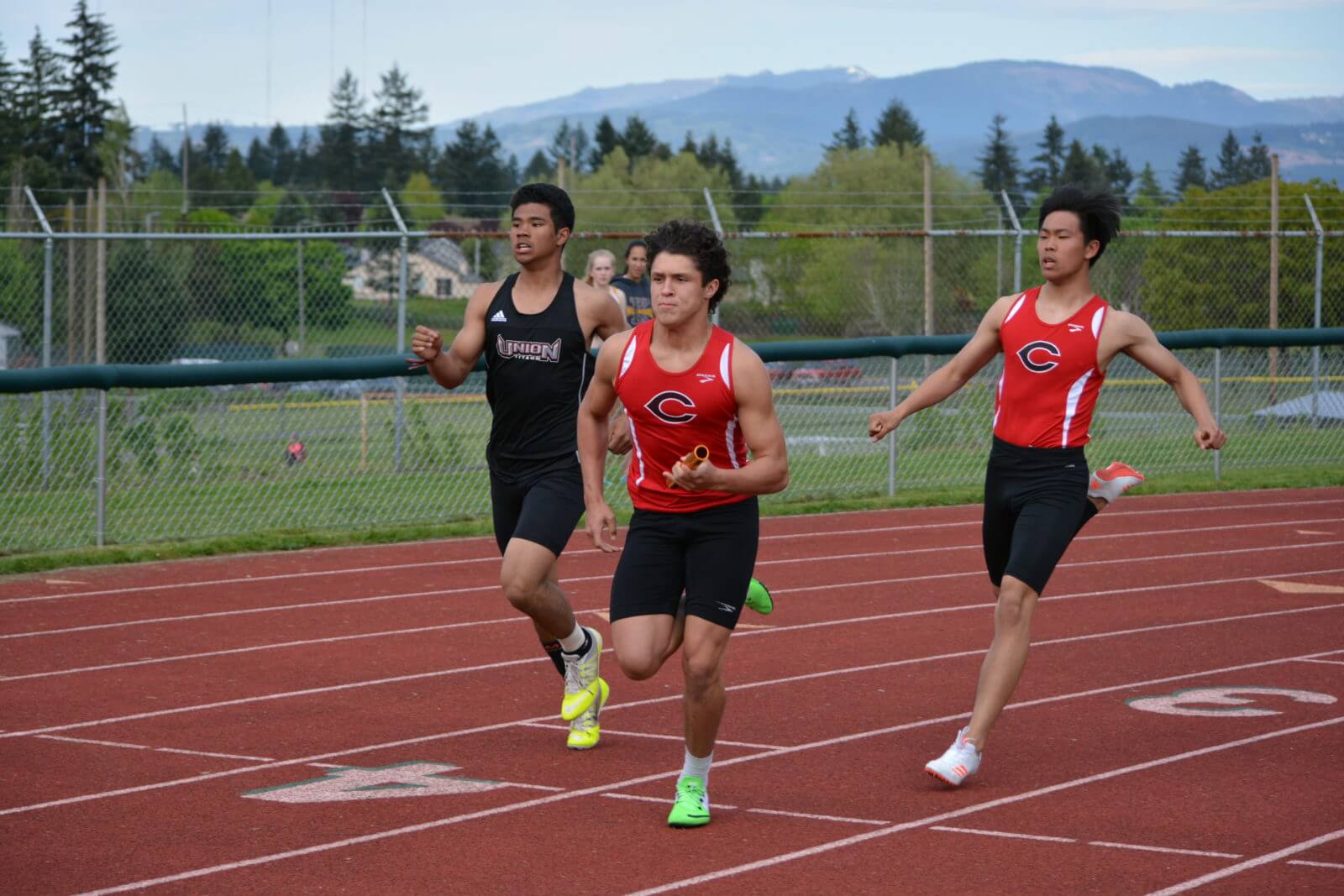 Will Sun hands off the baton to Zach Terry during the 4×100 event at Districts.