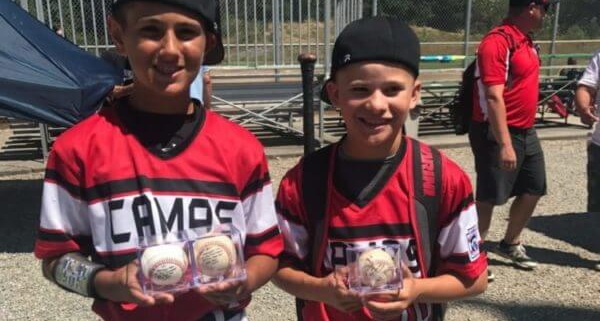 Federal Way, WA — The Camas 12U All-Star baseball team fell to Marysville, 6-5, on Saturday at the Washington State Little League Tournament, and face West Valley tonight in a must-win game.

The boys fought back after falling down by four runs in the fourth inning during Game 1. Their comeback fell short, though. The Camas All-Stars scored three runs in the failed comeback on a home run by Zach Blair, and a groundout by Jackson Knuth.

Camas stayed right with Marysville into the fourth inning, when Marysville hit a home run. Marysville captured the lead in the first inning when player #7 drove in a run when he was walked with bases loaded. Camas knotted the game up at two in the bottom of the third inning when Blair drove in one run when he homered, with zero outs.

Tonight is a must-win for the boys to continue tournament play.

The Camas 12U All-Star team won the District 4 Tournament last Monday night, and were undefeated in post-season play until Saturday’s game. The team is coached by Casey Taylor.