Camas, WA — The 2017 Camas Homecoming festivities begin at 4:30 pm today with the traditional parade that begins at Garver Theatre. The parade will feature this year’s Homecoming Royalty Court. Following the parade, Doc Harris Stadium will open its gates at 5:30 pm for the annual Homecoming Football game as the Papermakers host arch-rival, the Union High School Titans.

Camas (8-0 overall) and Union (7-1 overall) compete tonight for the 4A Greater St. Helens League (GHSL) District Championship title. This will be the first time since 2009 the two teams squared off for a league title in the regular-season finale. Camas has beat Union the last contests, and there’s a lot at stake.

Tonight’s winner earns the GHSL No. 1 seed, which keeps them at home for the first three postseason games. The loser of tonight’s game must travel for the first two playoff games, which begin next week. The undefeated Camas team, ranked No. 1 all season, has kept on pace after winning the State title last December. A Papermaker win tonight will bring Camas six straight 4A GHSL titles.

The game will be broadcast live at  www.nfhsnetwork.com 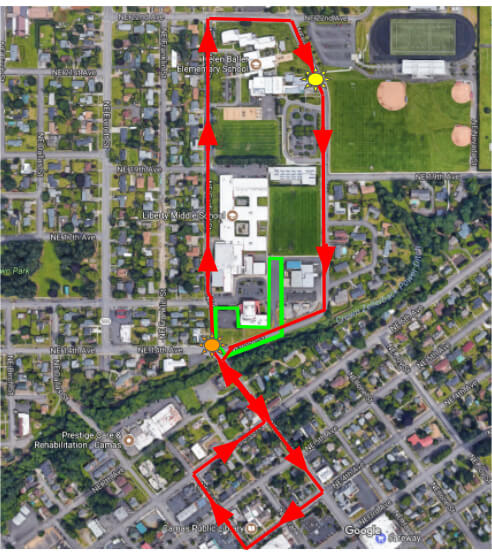 This is the Camas Homecoming 2017 Parade Route.