“So many swimmers are missing today, and Eric (Wu) is totally sick,” said McClone. “Plus I stayed up until 2 last night. Not good.”

They didn’t want to be the first Camas team in recent memory to lose Kelso.

“That would be really bad,” said McClone.

But when the first call to go on deck came, the light turned on. The Camas magic appeared.

During the first event, the 200 Free Relay, the Camas team (McClone, Wu, Chris Xia, and Luke Bales) delivered not only a first place victory, but also a State cut time. This is the first time Bales qualified for a State event.

“I think we have our State team decided now,” said Head Coach, Mike Bemis. “The boys really delivered today. I knew they had it in them. I never doubted it.”

They were just getting warmed up. And, they’d make some Kelso Invitational history before the day was over.

Bemis said the presence of Hanford is part of what keeps Camas on its toes. “Hanford is really good, and they have a lot of talent,” he added. 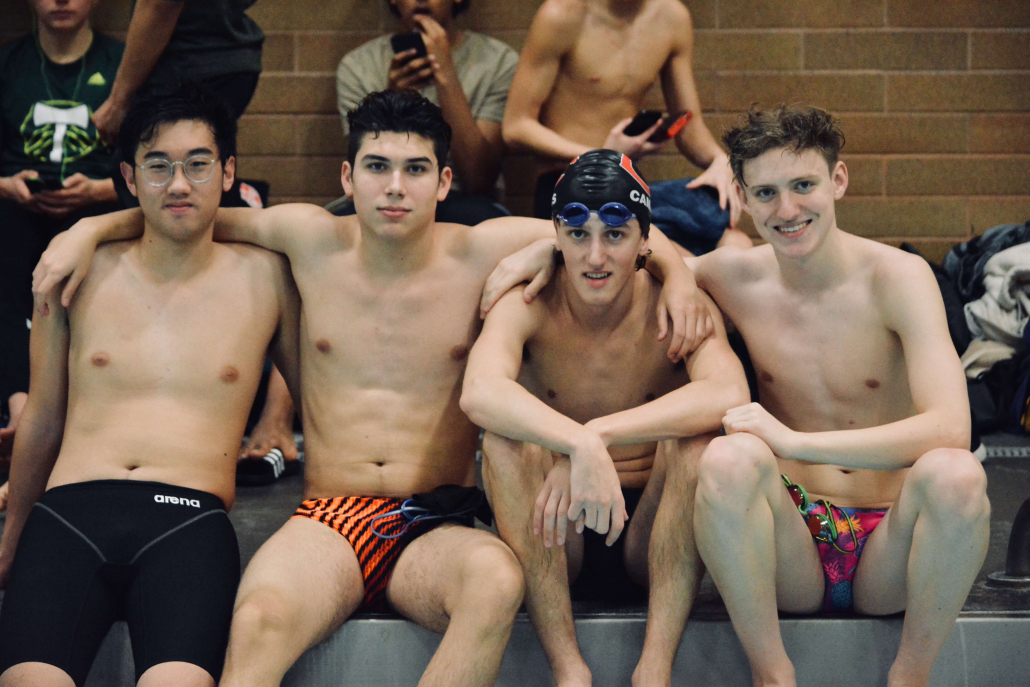 “It’s so great to do that after traveling so far today,” said Markillie. “We also love competing with Camas.”

”I wasn’t feeling my best today since I’m sick (bronchitis),” said Wu. “But we all have adversities to overcome, and my  team just helped me through that! The energy the team provides can truly do wonders.” And, in the meet’s final event, the 400 Free Relay, the Papermakers delivered the final blow. Hanford thought they could beat Camas, but the Chris Xia-Junha Lee-Finn McClone-Eric Wu machine was too much for them. The Papermakers won the event (3:19.20) setting a new meet record and beating Hanford by 8 seconds.

”Everyone dropped time and we broke two meet records,” said Wu. “Everyone swam so fast, and it’s just a great environment to compete in. We are back, better than ever — ready for State. Luke Bales has worked so hard. I look forward to having him compete at State. He’s a good addition to the team!” 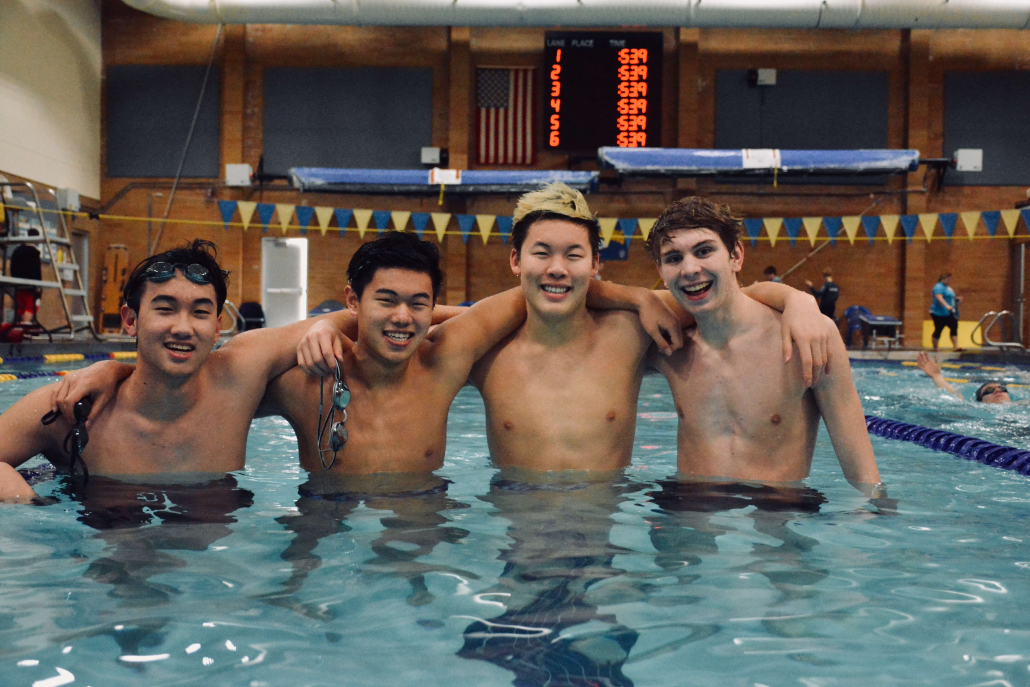 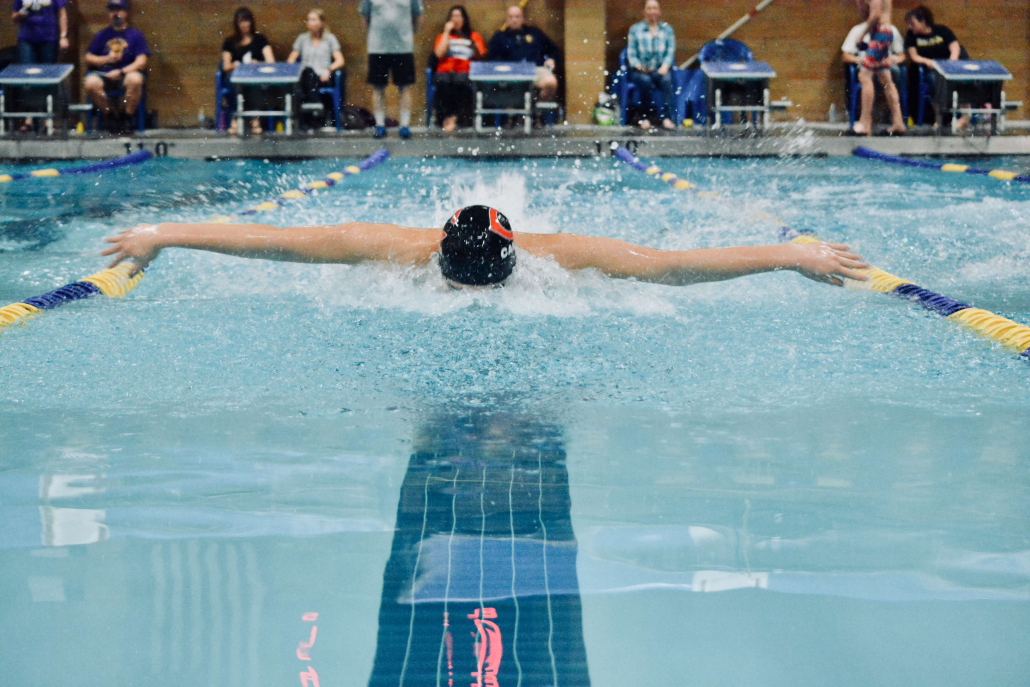 Eric Wu won the 100 Fly and earned a meet record. 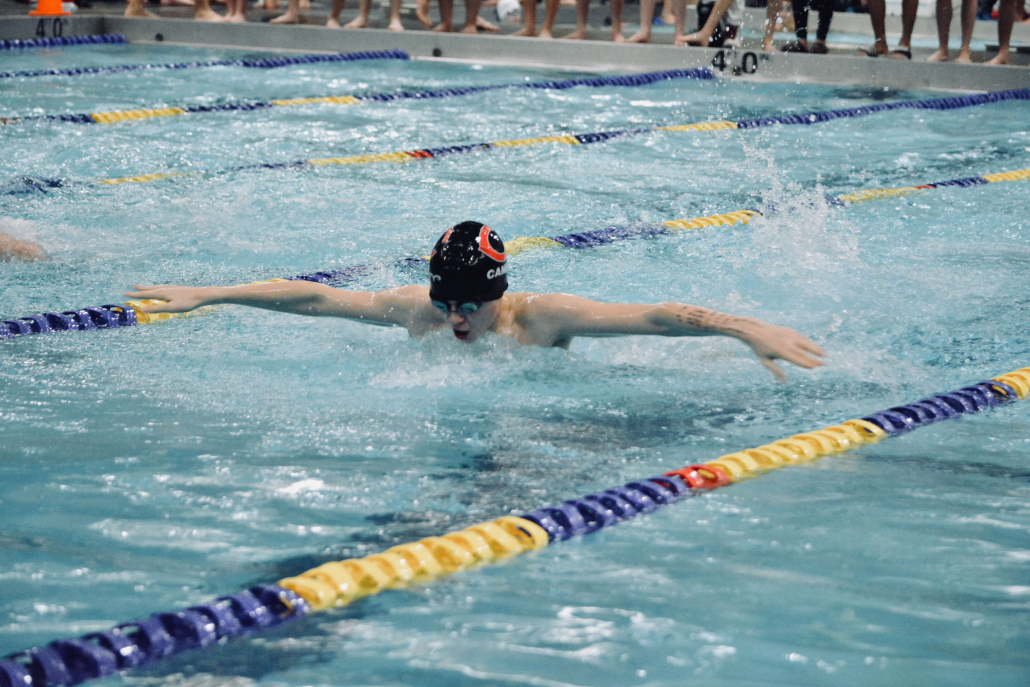 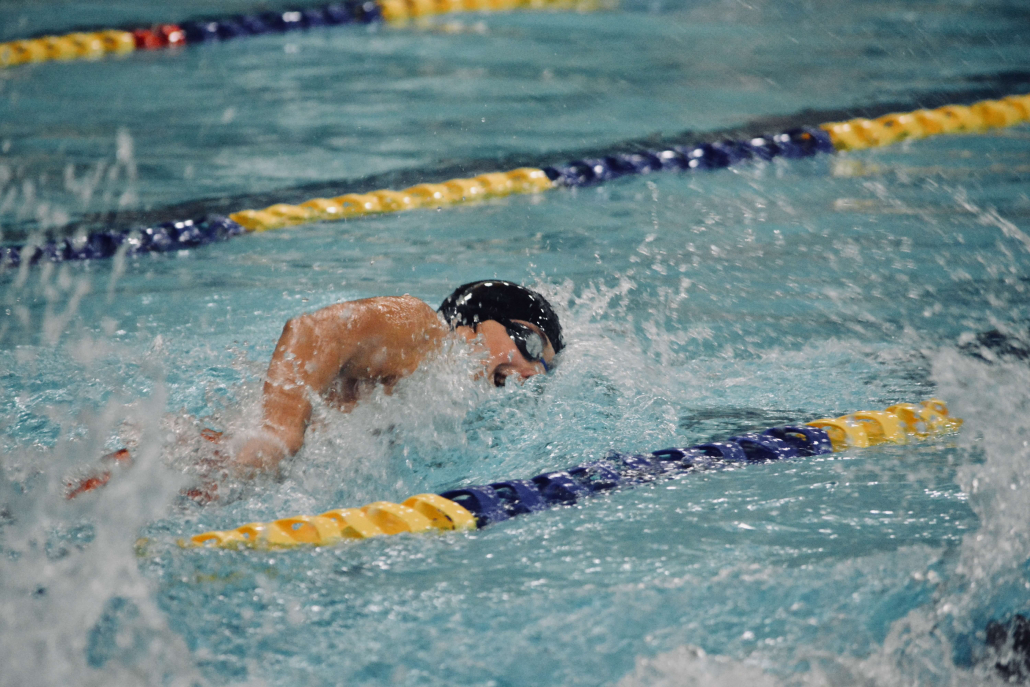 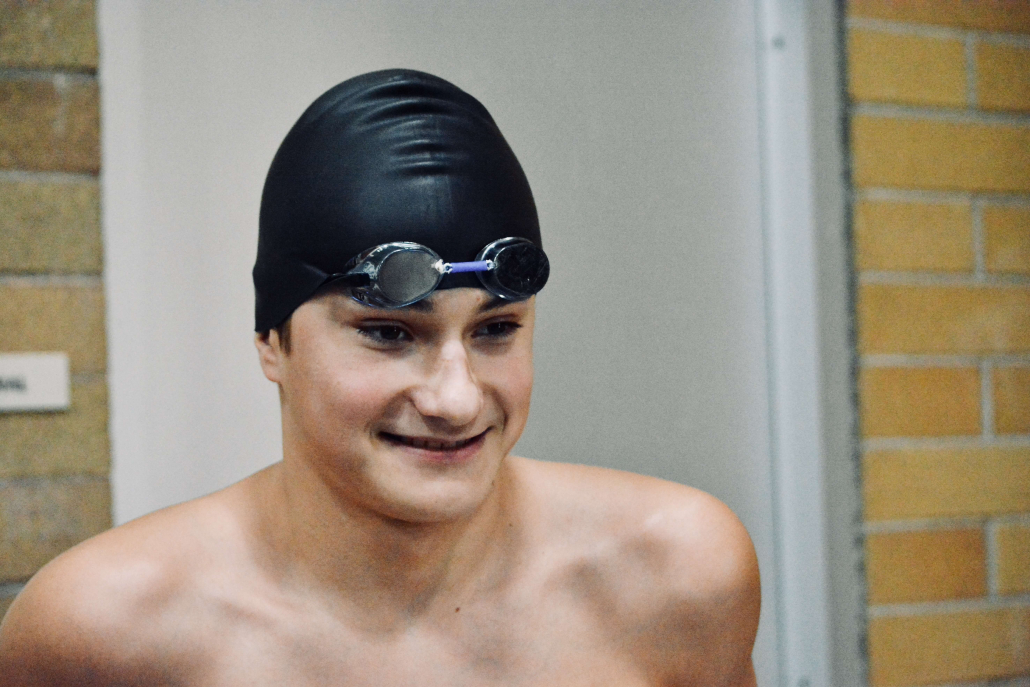 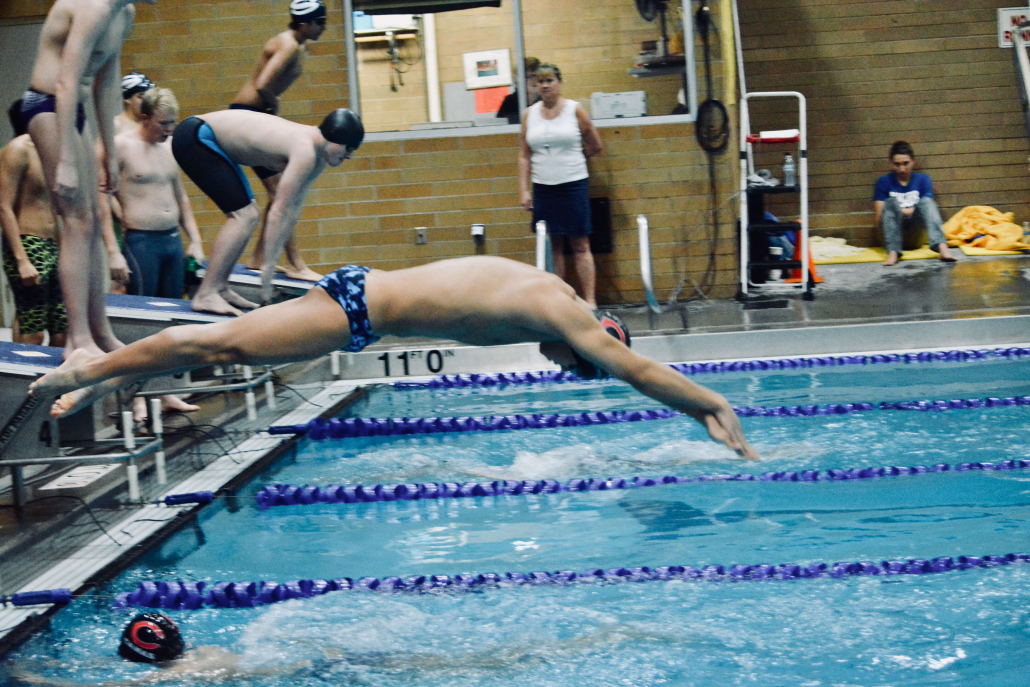 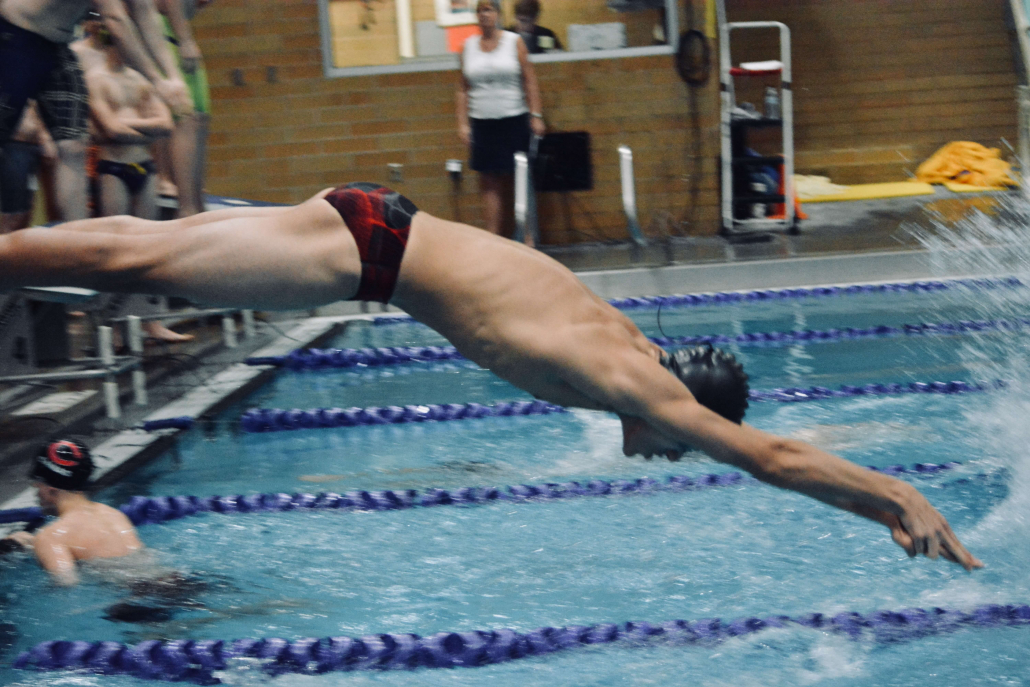 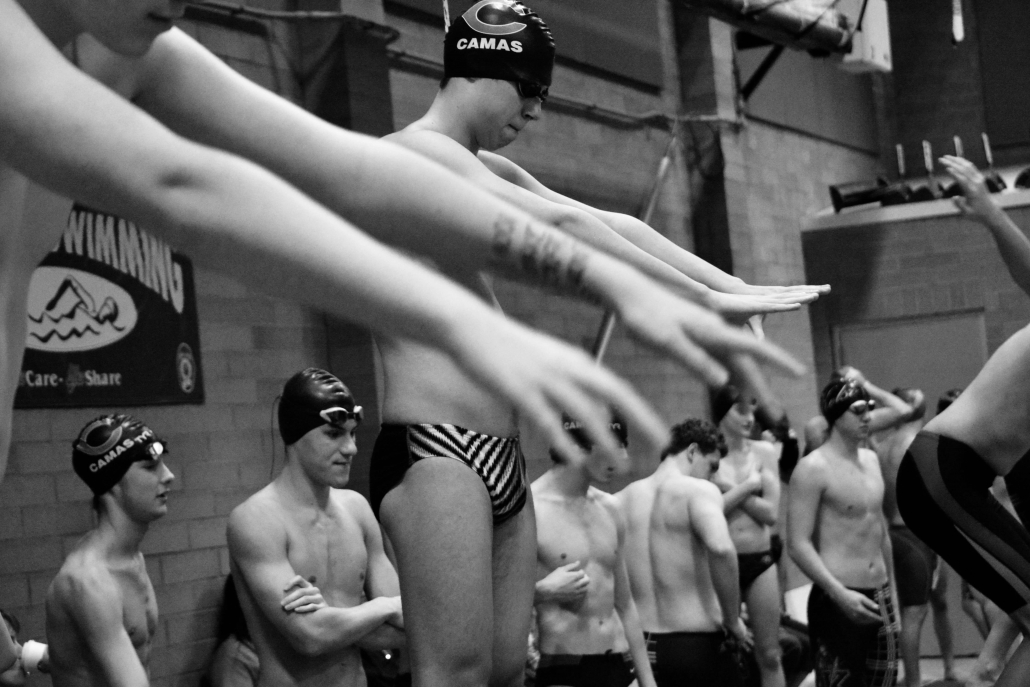 Staying focused on the blocks. Start of the 100 Backstroke. 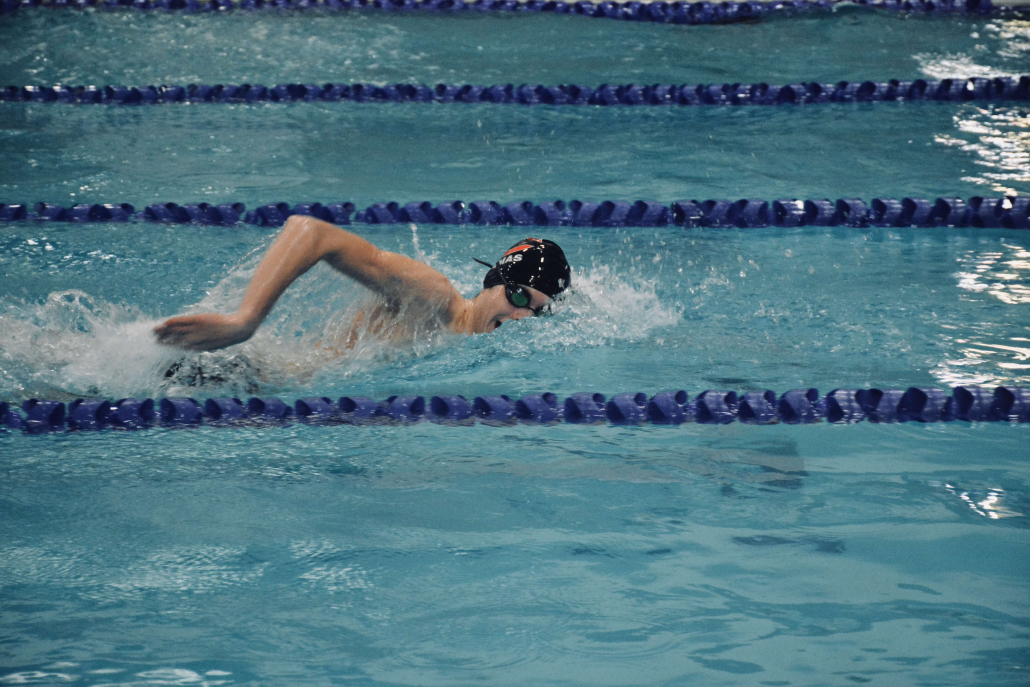 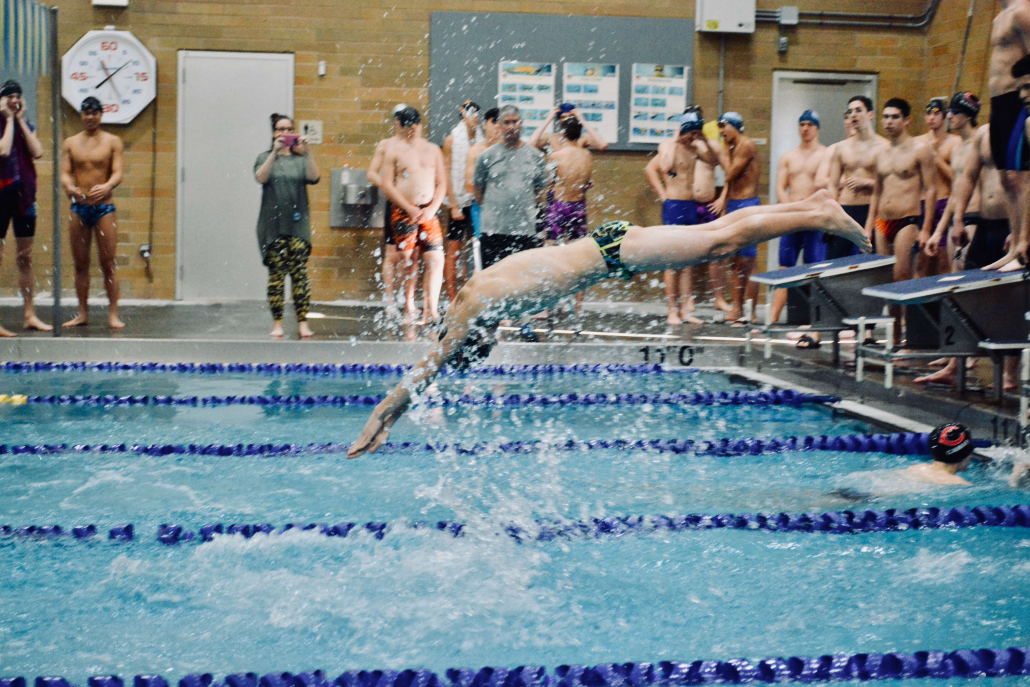 Tim Timchenko — of the starting blocks. 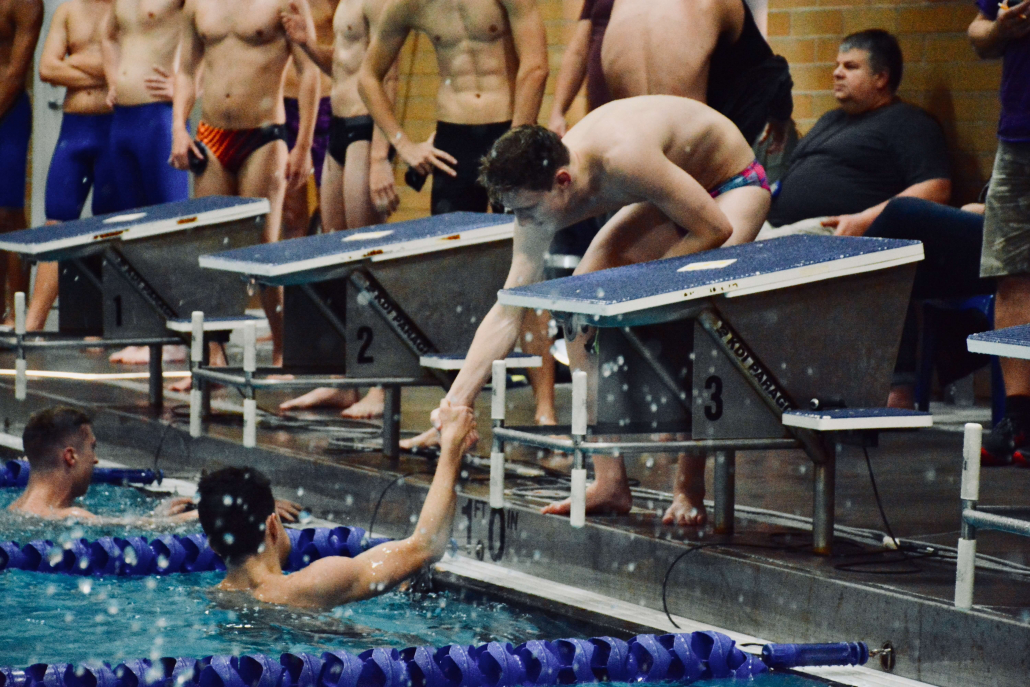 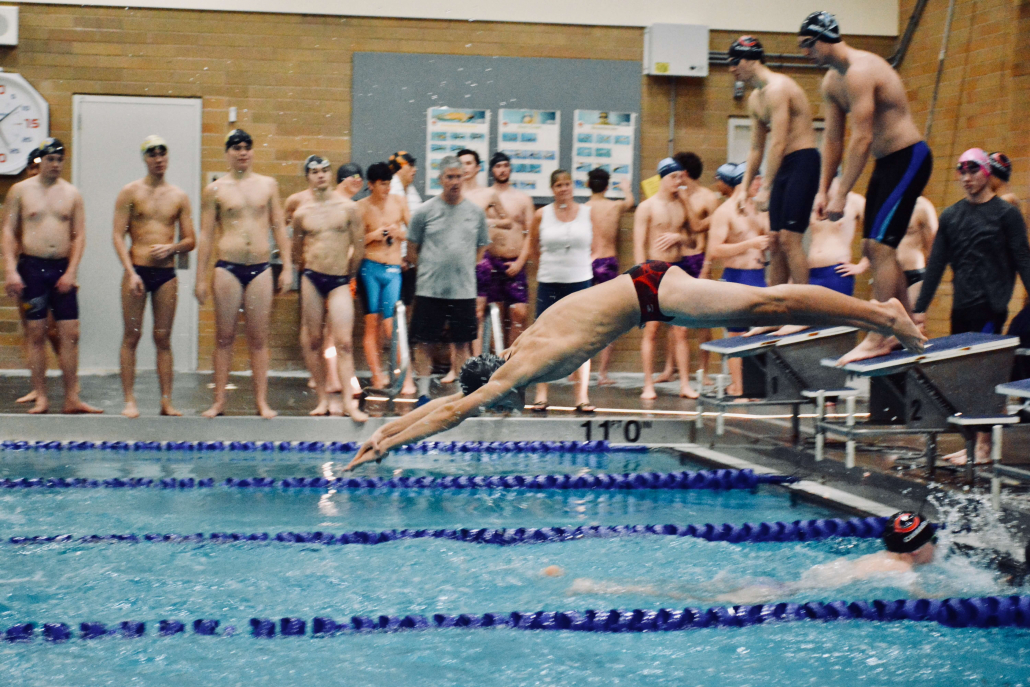 Ben Taylor — off the starting blocks. 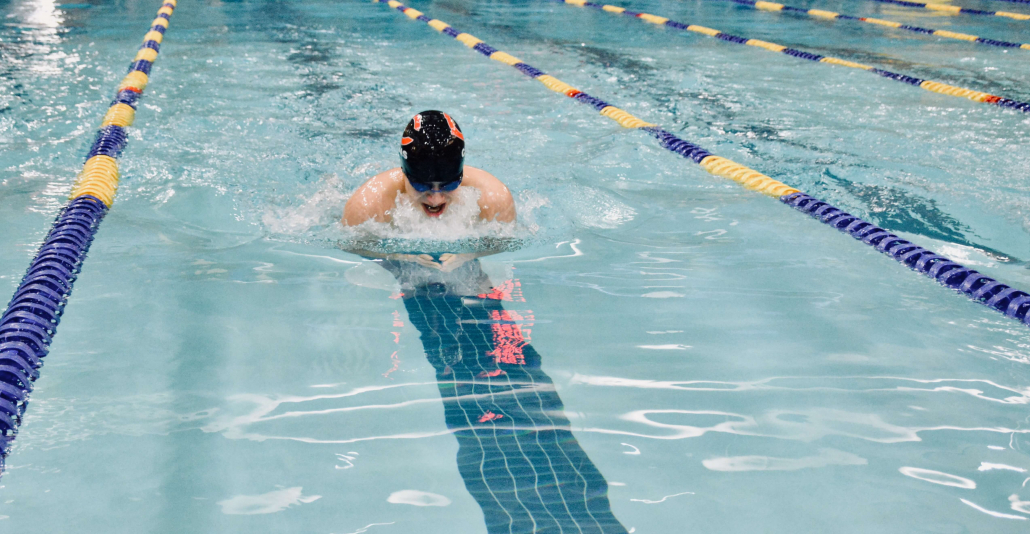 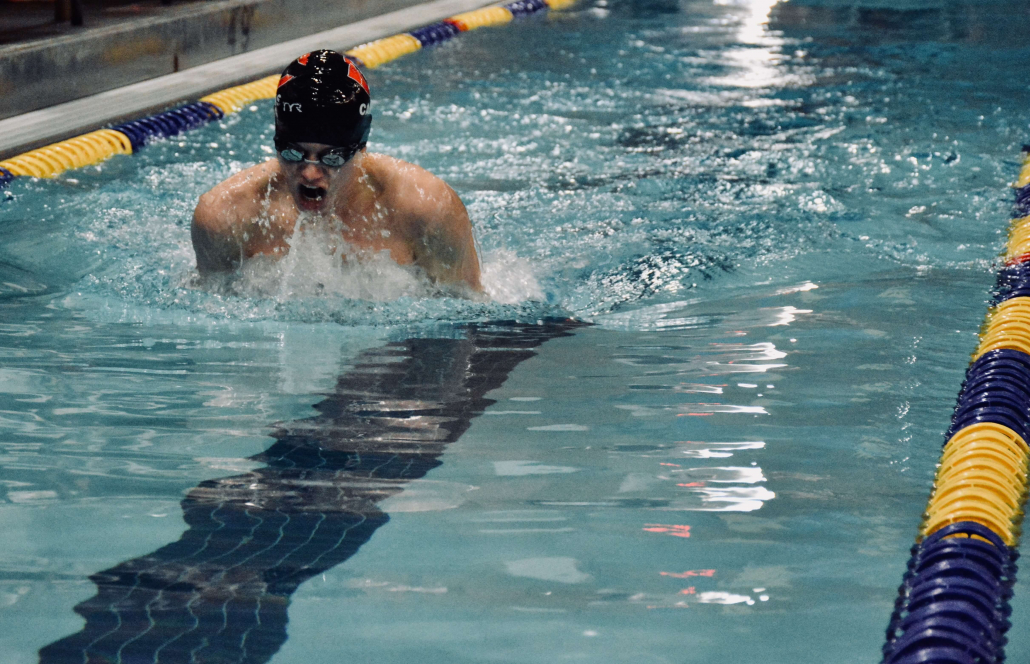 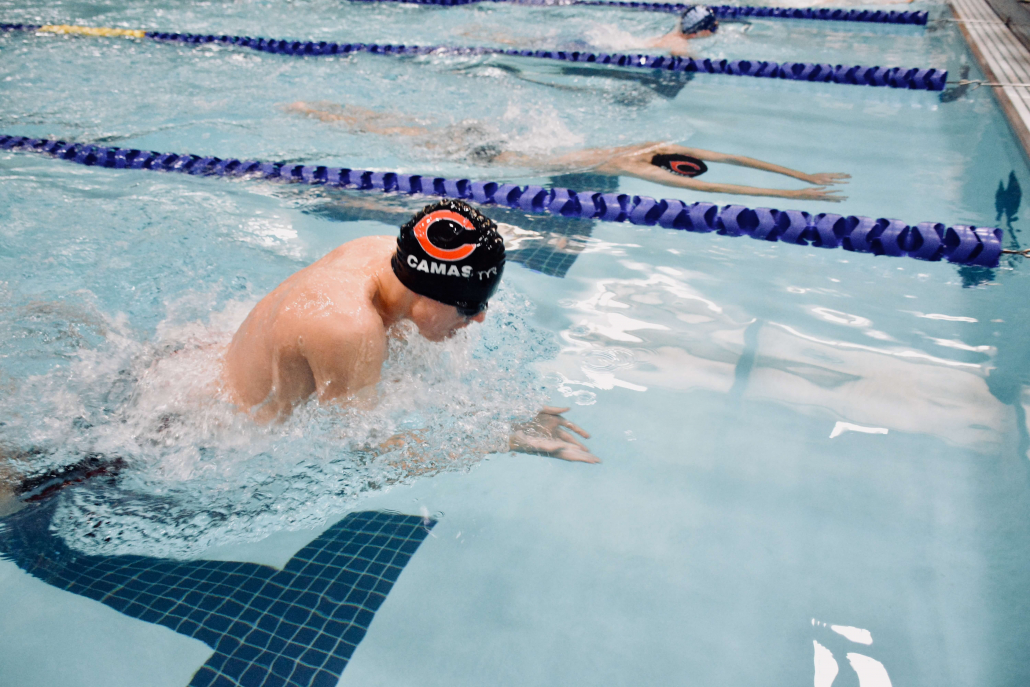 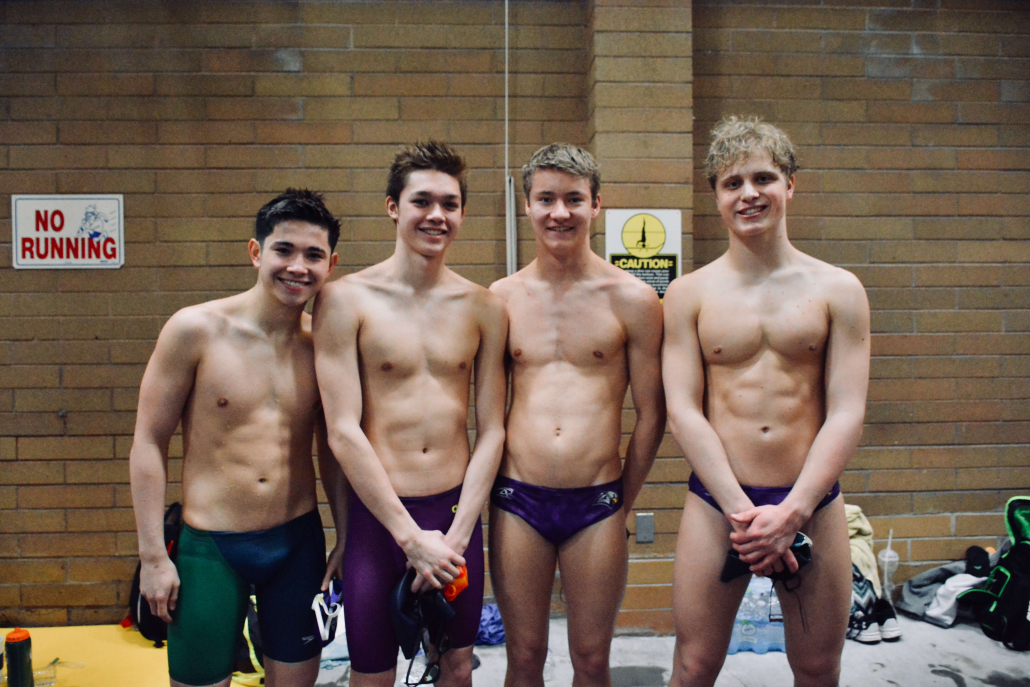 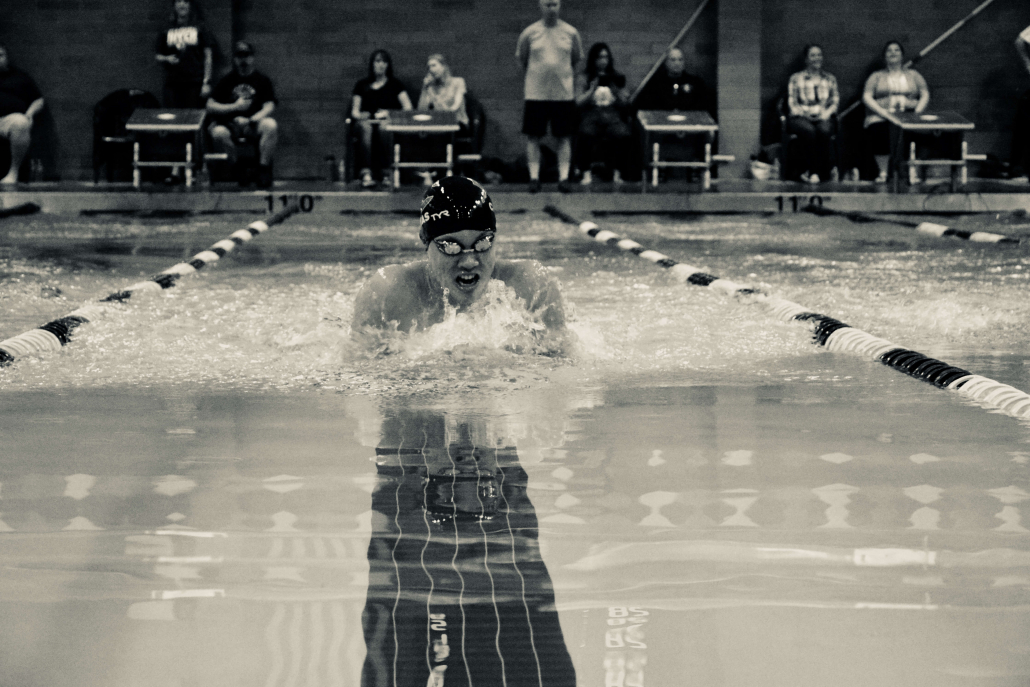 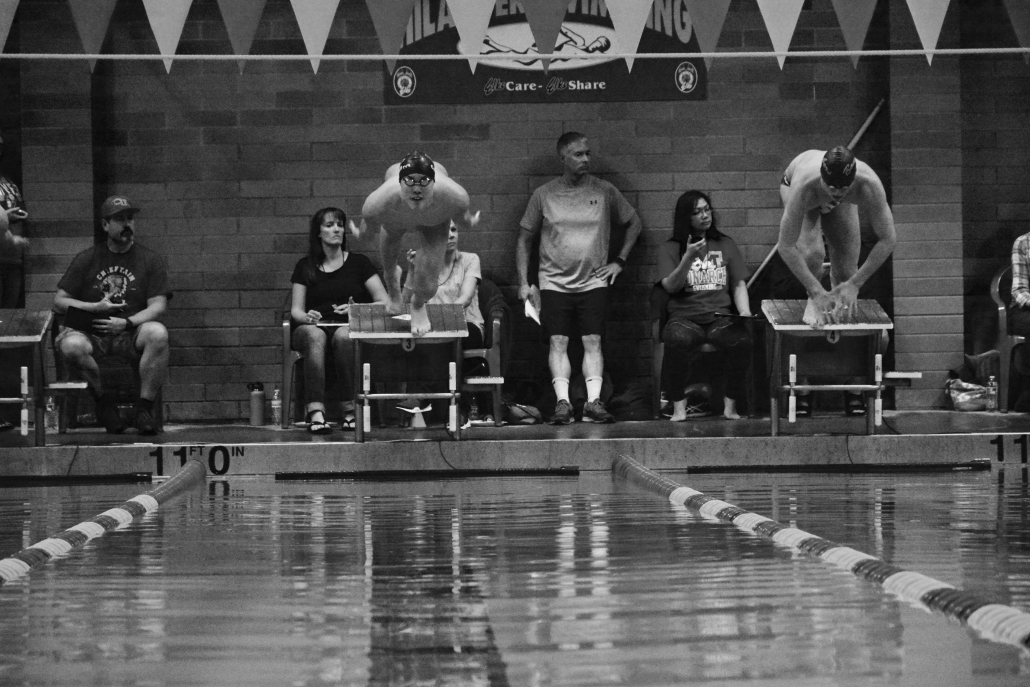 Eric Wu — off the starting blocks. 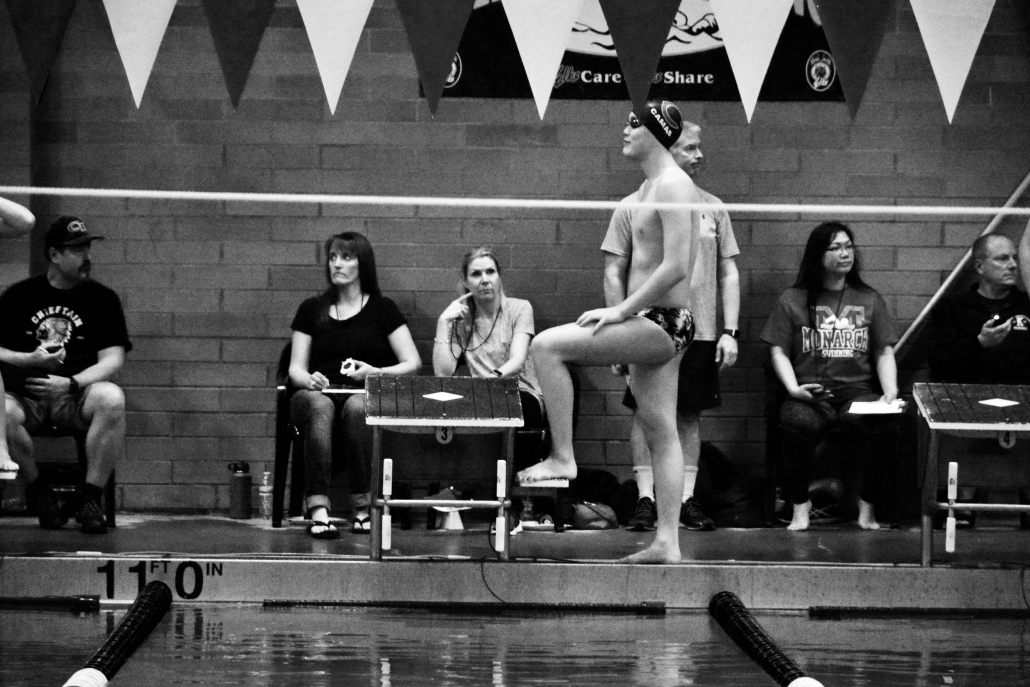 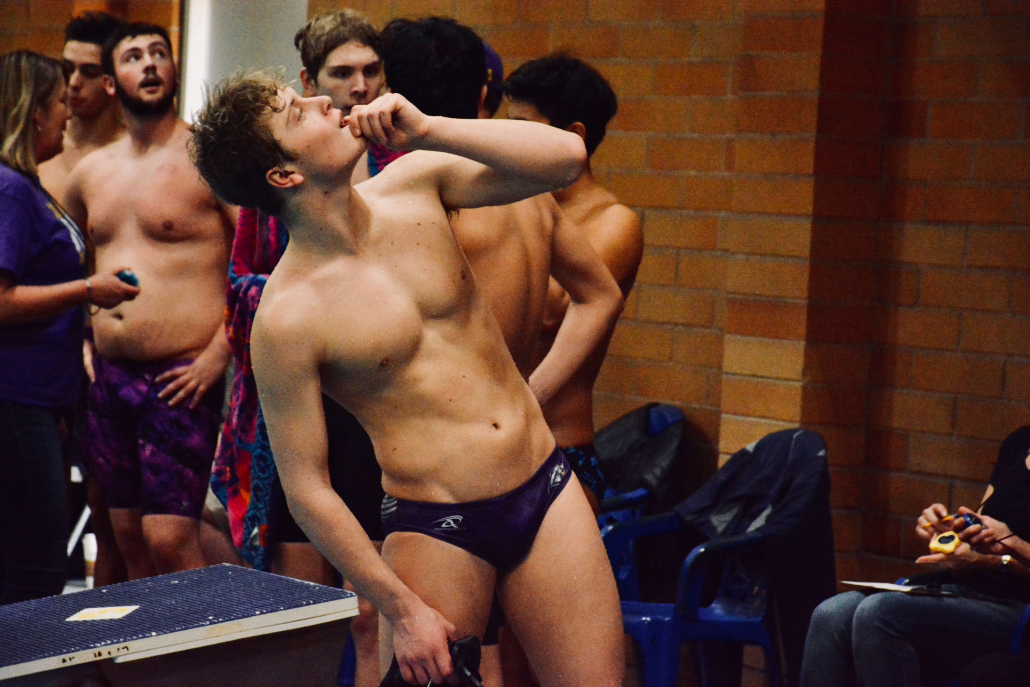 Hanford swimmer, Ryan Monrean, watches the times during the 400 Free Relay. They wanted to beat Camas.

Hoops For Pink Annual Fundraiser Game at The Warehouse Tonight