CHENEY, WA — Papermakers Wilson Ho and Abigail Jiang, still tired from their whirlwind winning weekend at the Washington State Science Olympiad, took some time to reflect on their team’s second consecutive State victory, and what it took to get there.

”The way the awards were presented at Science Olympiad, we weren’t sure until the very end that we would win,” said Jiang. “We ended up beating Bothell, our number one competitor every year, with a final score of 72 — and doing better than we did last year.”

Camas brought two teams of 15 to State this year, along with several who participated in trial events, totaling 38 competitors.

The Varsity, or Black team, that took first place honors is made up of seven seniors, six juniors, and two sophomores. The Junior Varsity, or Red team, has one senior, six juniors, five sophomores and three Freshmen. The Red team placed fourth overall.

“This is as good as we‘ve ever gotten in our history,” Ho, the team’s captain. “We’ve gotten better over the past few years. And, we’re really proud of the Red team, they even did better than Varsity in some events.” 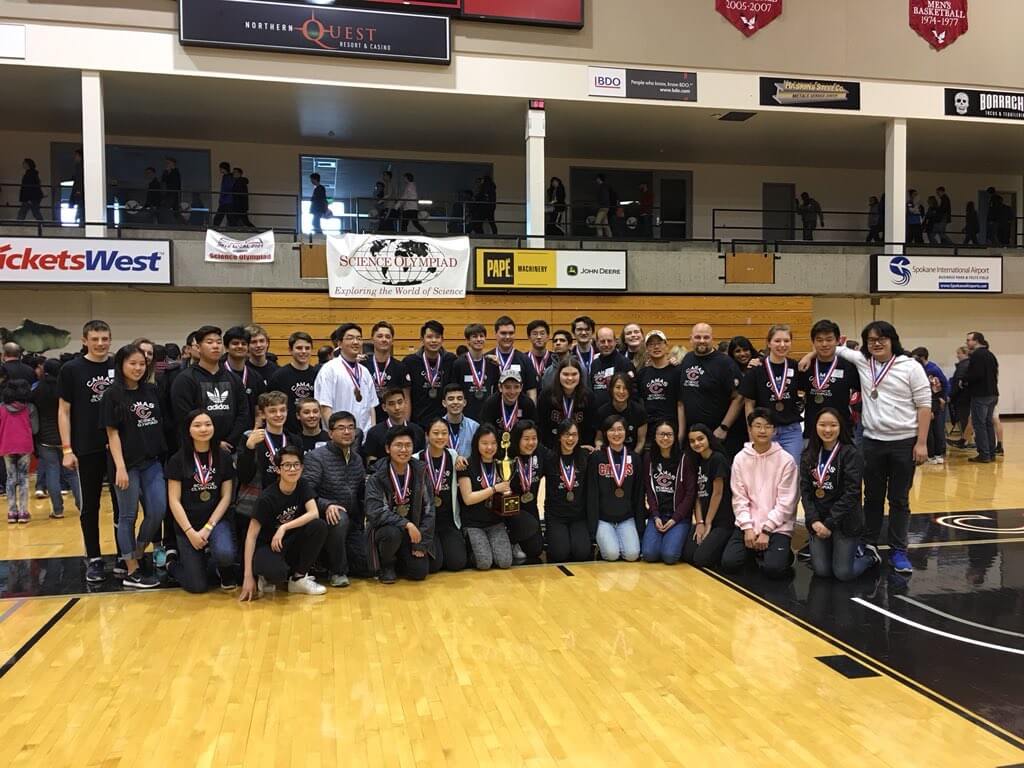 They said the competition against arch-rival, Bothell, was as intense as ever. The State tournament switches between Highline College and Eastern Washington University ever other year.

“Two years ago, at this same location, Bothell beat us,” said Jiang. “And, this year, Bothell had more first places. We ended up winning because we were more consistent than Bothell overall. We had a lot of second place finishes, and we were nervous for about 90 minutes at the end watching the scores. We thought at one point we wouldn’t make it. But, overall, as a team we won by 25 points.”

“Bothell was upset,” said Jiang.  “They’ve always been our number one rival. A lot of them were hoping to go to Nationals, which is May 18-19 in Fort Collins, CO at Colorado State University.”

All 15 Black Team will attend Nationals, plus alternates.

The Camas team has been getting ready all year long, attending eight tournaments, and seeking out higher competition. They’ve also put in the study tim.

“In some ways, the State tests were easier than some of the larger tournaments they attended throughout the year,” Jiang. “We got lucky in some cases. This is the first time we didn’t have a bomb event — where you score lower than 15th place. Even below 10 for us isn’t acceptable. There are some events you can’t study for as they’re on-the-spot, but we as much practice as possible, and then there’s just luck.”

Jiang gives a lot of credit to the Red team, and specifically to Quan Ho, a junior on that team.

“He did super well,” she said. He’s by far good enough to be on Black team. His events don’t match up so that’s why he’s on Red. He got first place in two events. We only had 7 total first places. We all get along really well and we all help each other.” 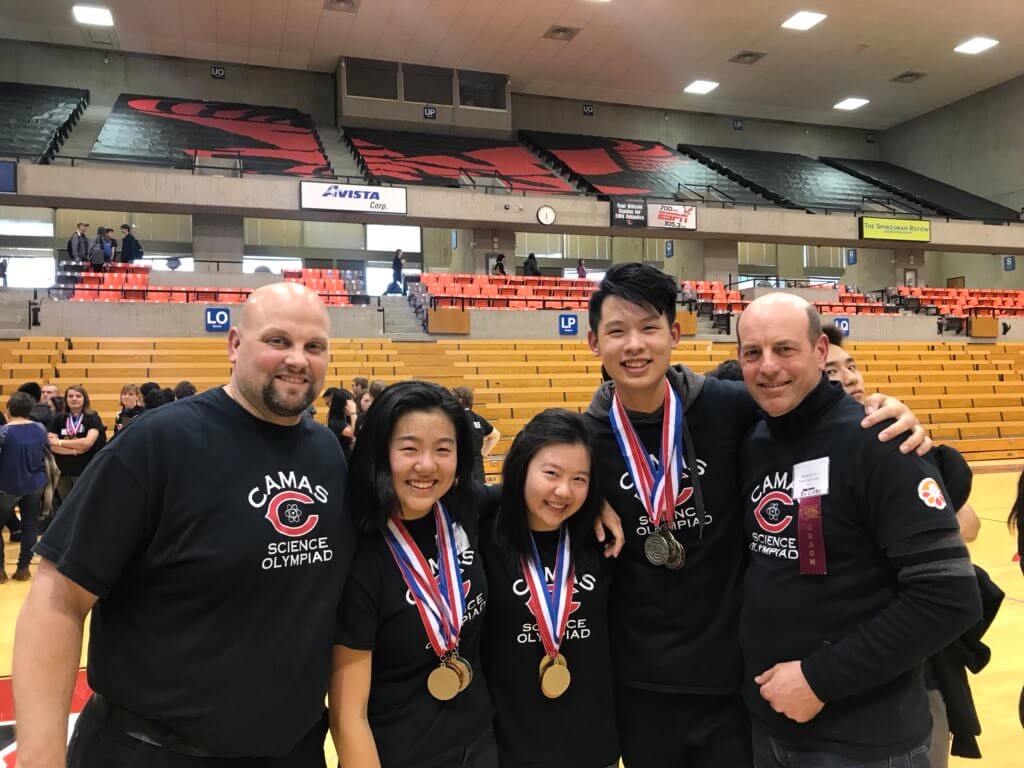 “We are never happy being second best,” he said. “The thing about Black team is that everyone has to put the same serious effort in order to make it to Nationals. We all study every day. In events like Forensics you have to bring your notes into the event. Part of studying is putting in time to prepare the notes. You really need to understand the notes.”

They also take a lot of practice tests, and continue to work on communication.

“What people don’t always think about is communication,” said Ho. “A lot of events require communication. If you don’t communicate with partners on build events then you’ll have a misunderstanding. You have to learn how to communicate. Learn how each other work as competitors. Some people don’t talk, and just study and that can hurt your team. Plus, my peers drive me to do better. My parents don’t push me to do all this. It’s like I can’t not do it. It’s something I love to do.” 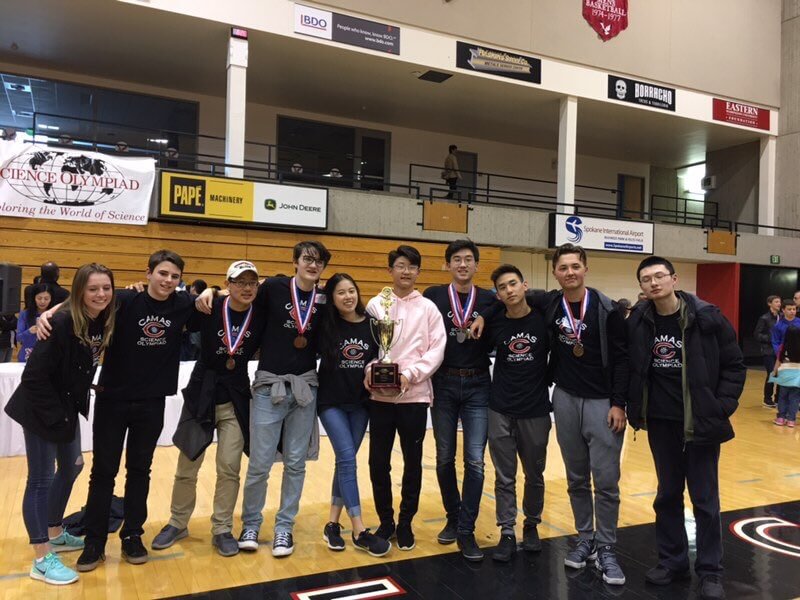 Ending with a victory.