Camas, WA — Camas beat Skyview Friday night, but it didn’t come without a hefty price, given the injuries the Papermakers sustained — especially to starting QB/Safety/Kicker Andrew Boyle, who is scheduled for surgery today to treat ACL and Meniscus injuries.

During the second quarter, Boyle, who was involved in four touchdown plays already in the first half, carried the ball up the middle and was injured during a tackle by the Skyview defense. He went down in agony, laid on the field for several minutes, and was carried off to the sidelines by his teammates.

He was treated on the spot, then got up and wore crutches during the rest of the game. JV quarterback, Blake Asciutto stepped in, as backup QB, Jake Blair, was suffering from a plantar strain. He’s expected to play Friday against Union.

While in pain, Boyle was also visibly angry knowing the impact the injury would have on him, and his team.

“I felt my knee get hit, and I felt a pop,” he said. “And, it’s felt really unstable ever since.”

Kevin, his father, said Andrew spent the weekend resting, and then saw several specialists, including the Portland Blazers knee specialist, who is performing today’s surgery.

Being as versatile as Andrew is, he’s been recruited by colleges for both his football and soccer talent. His family is confident he’ll make a full recovery, but it will take time.

Asciutto said he was shocked by Friday’s events, but he delivered for the Papermakers, and said his team is rallying behind Andrew. They’re hoping and praying for a speedy recovery.

Papermaker Kenny Wright was also injured Friday with a hit to his knee. He was treated at the scene, has been resting, and his mother, Kristin, reports he’s recovering very quickly.

“He was so sad because he thought he was done for the season and maybe basketball,” said Kristin. “He felt his knee pop and was in a lot of pain. I actually can’t believe he is doing so well!” 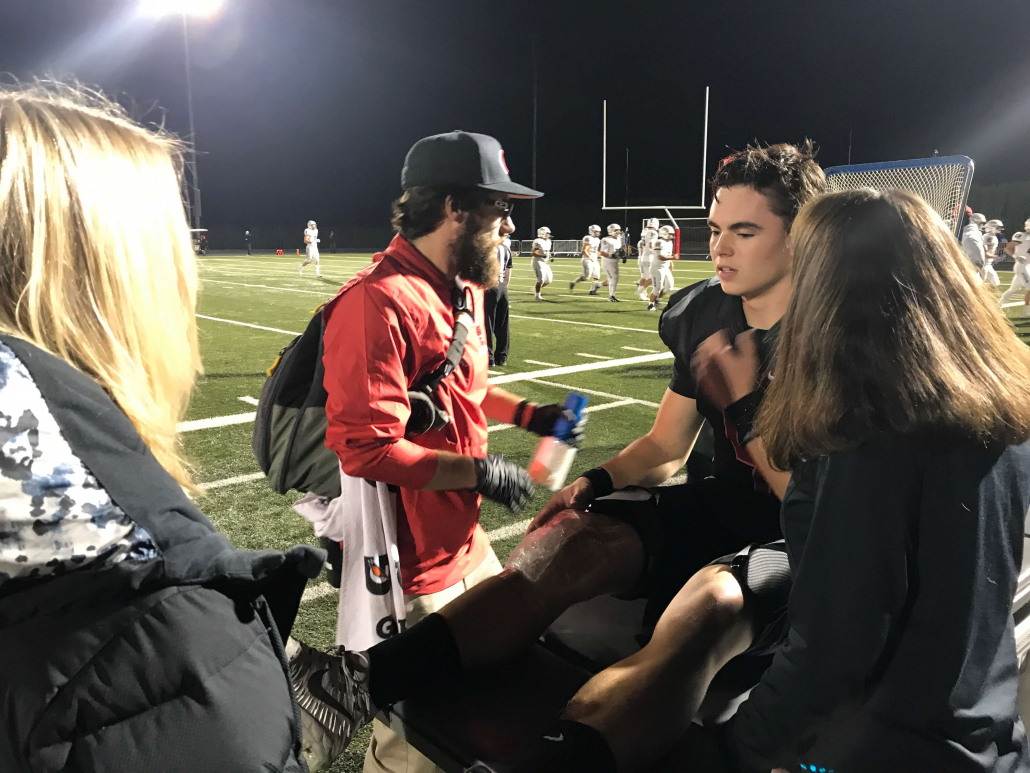 Andrew Boyle being treated immediately after his injury Friday night. 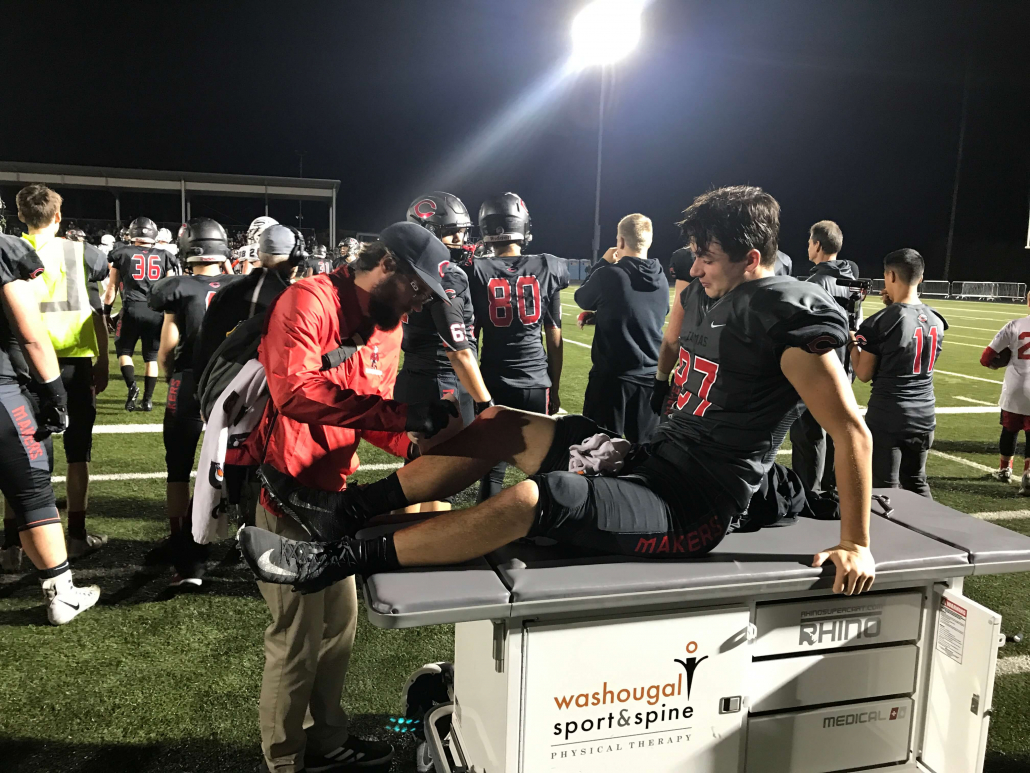