Camas, WA — The Camas High School Boys Wrestling team rolled over Skyview Wednesday night, 63-12, in a meet filled with intense throwdown’s and fast pins. It was also a night to honor the team’s seniors.

Papermmaker Sam McCormick started out the night defeating Amman Au quickly in the 120 pound weight class, and he was followed by Chris Goodnight, who defeated Sonny Ly.

Senior Jack Latimer has been having a great wrestling season, winning some major championships: Gut Check, PAC Coast and Rose City. He also placed third in State last year, and is keeping his eye on the top wrestling prize. Wednesday night, he was in a good battle with Logan Smith, which he ultimately won.

Papermaker Dominic Fujihara battled it out with Caleb Stockman, with Camas coming out on top. ”We’ve been working really hard at practices,” said Latimer, who expressed his gratitude to wrestling partner, Malychewski. “We make each other stronger.”

Malychewski concurred: “We work it pretty hard every day, and tonight was a fun match!” 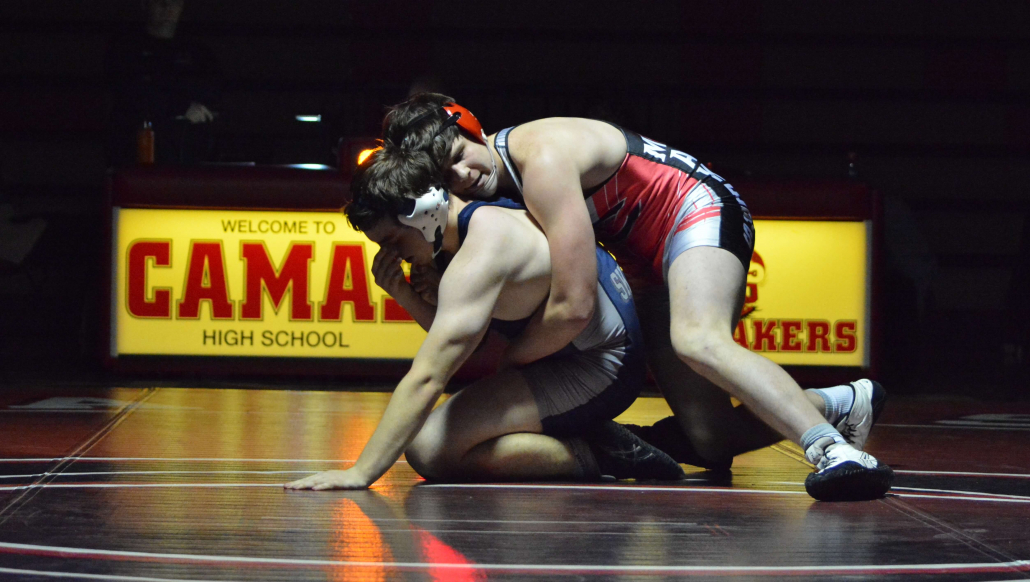 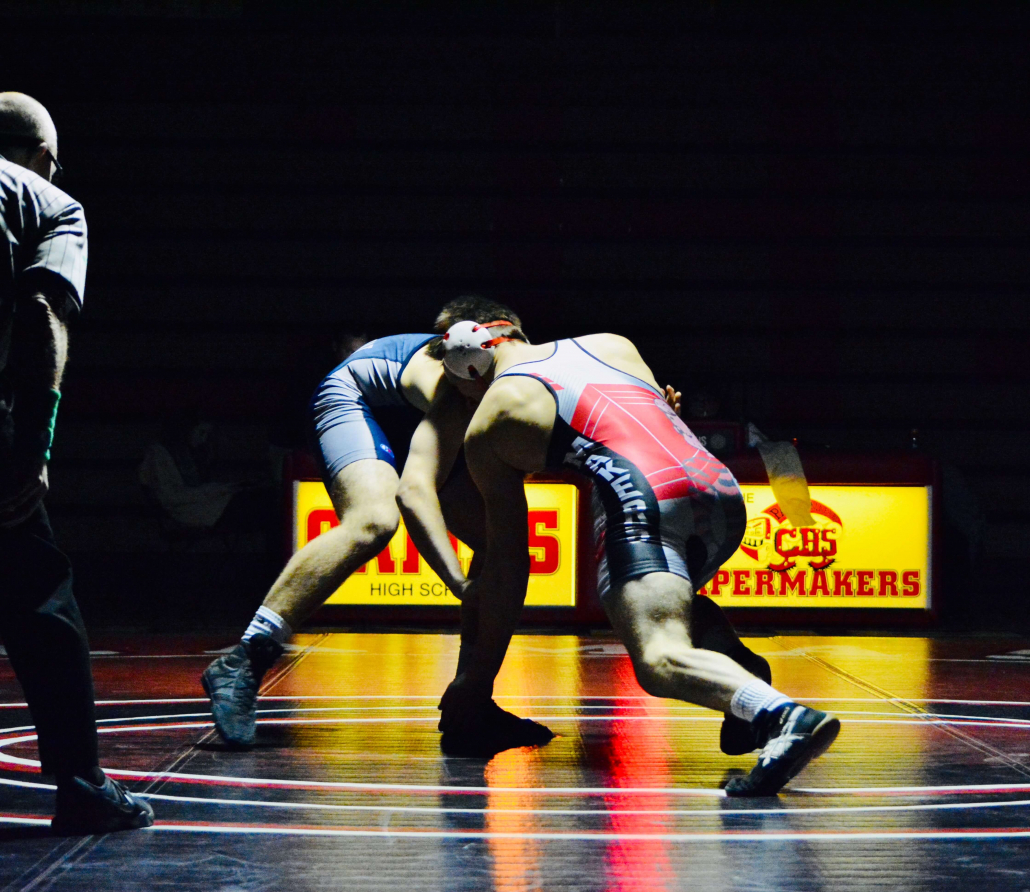 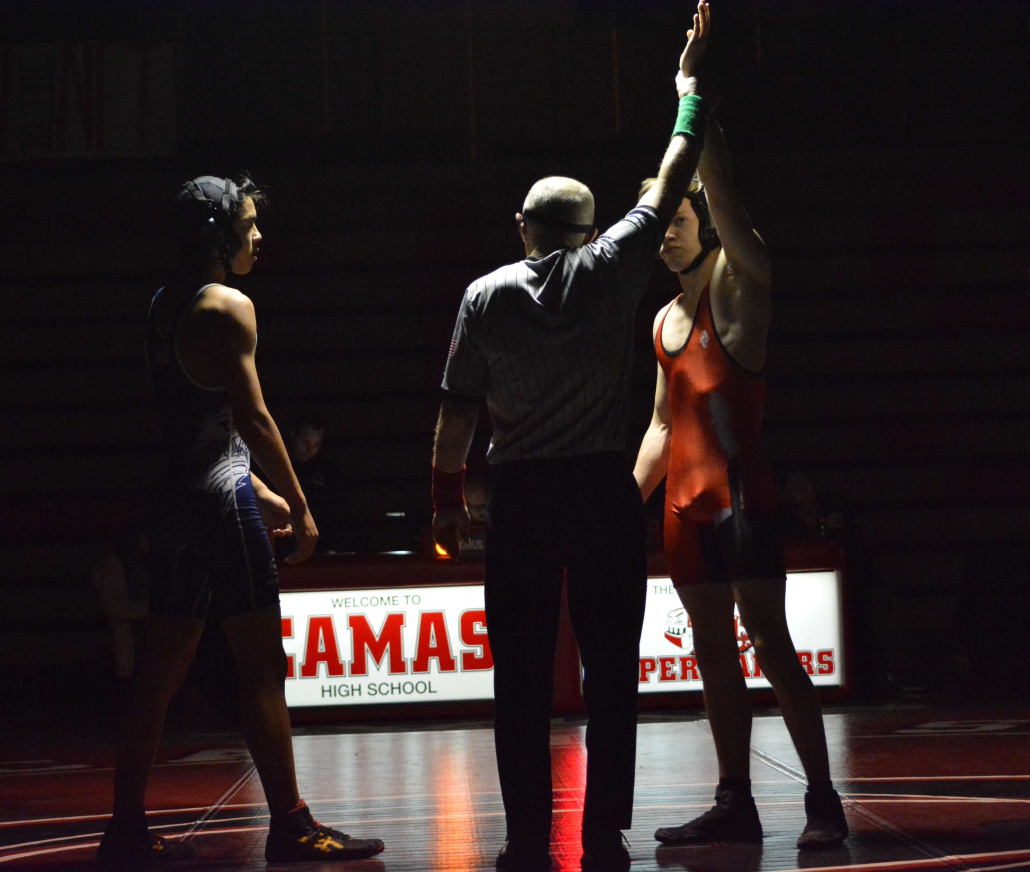 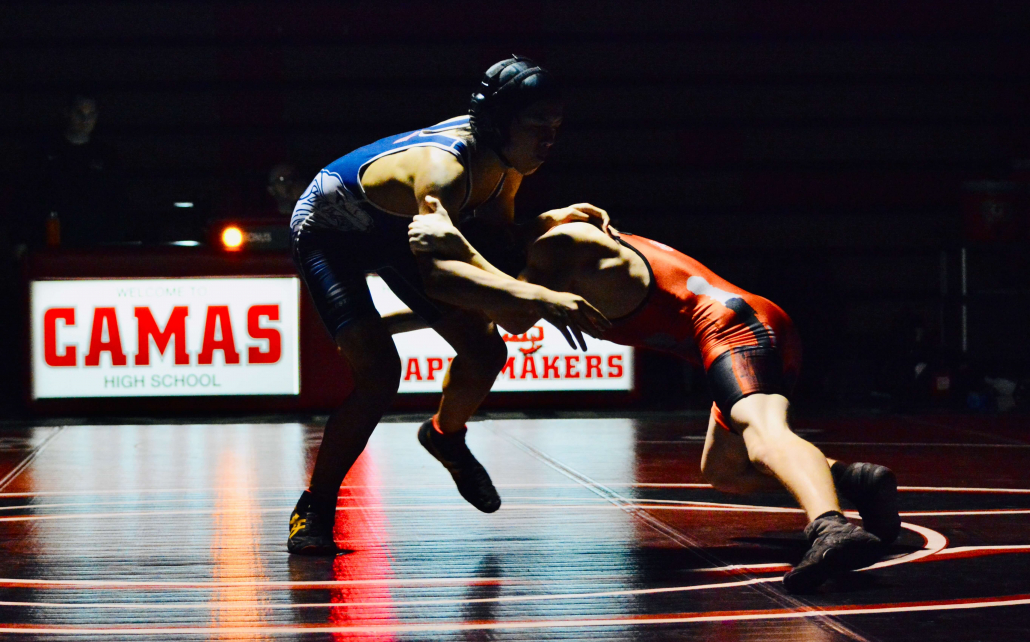 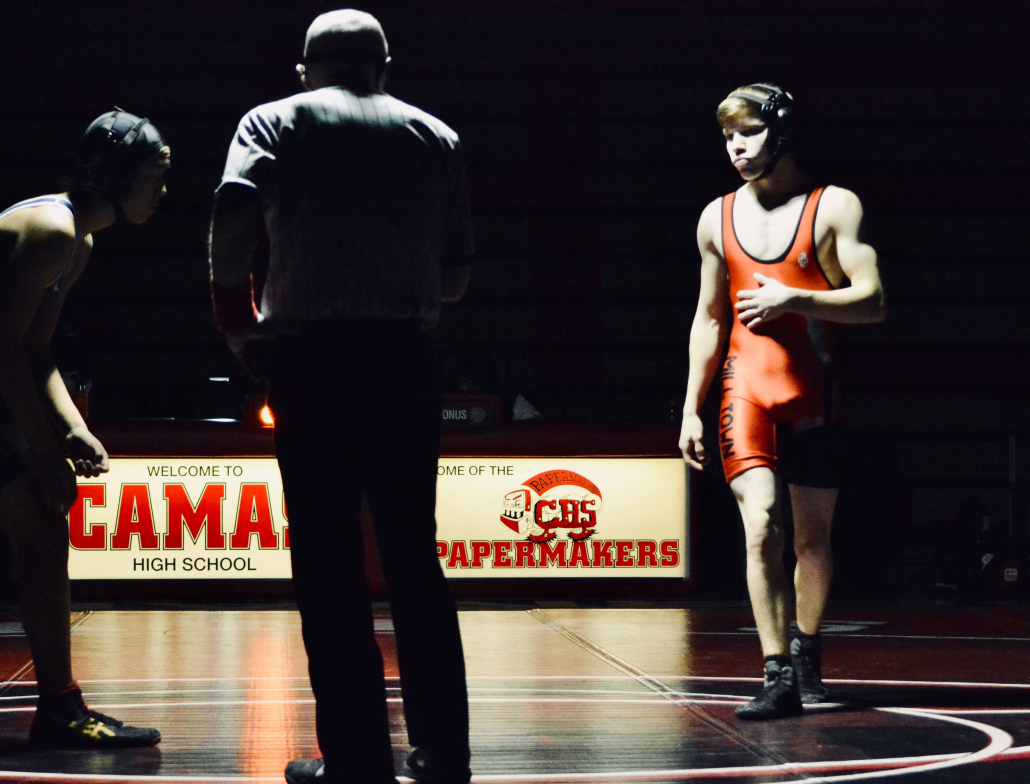 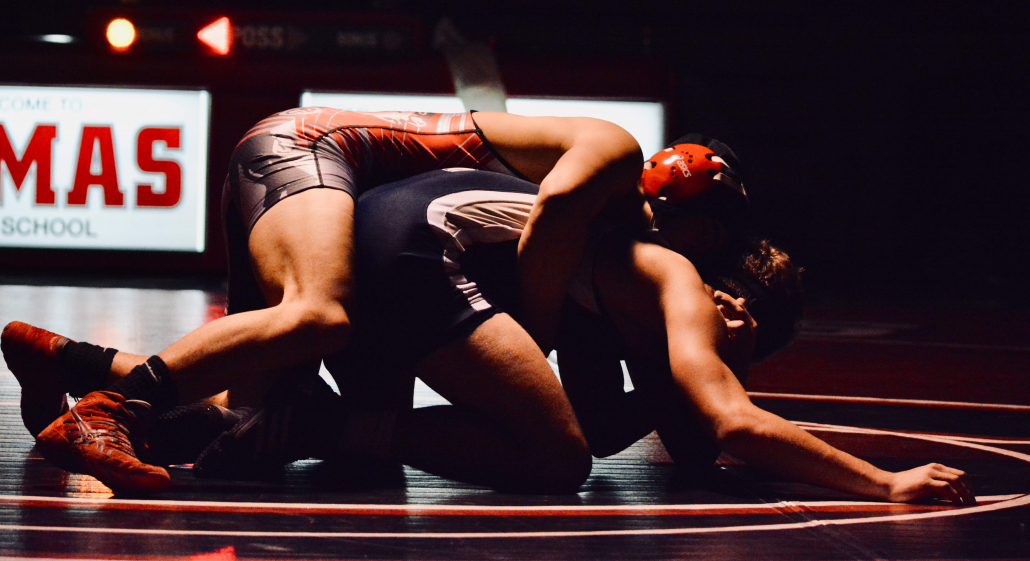