Camas, WA — The Steel Hearts 4H Robotics team is hard work these days getting their robot ready for the upcoming State competition in Kent, WA on February 10.

The team, which operates under the FIRST Robotics program, is sponsored by a local 4H club, and is in their third year of operation. FIRST stands for For Inspiration and Recognition of Science and Technology, and the program has four levels of competition:

“This is our third year as a team, which started at Liberty, and they had an advisor who was a teacher at Hayes Freedom,” said the team’s assistant coach, David VanCleave. “We had to find our own way and we joined 4H to have their insurance and program coverage. We organized as a 4H Club, but we follow FIRST rules for competition. As we accumulated parts and tools, we started meeting with Melanie Nelson at her garage. We wouldn’t exist as a team if it weren’t for the Mean Machine FRC Club at the high school. They secured a CEF grant to buy robot kits.”

The team faces some daunting competition fees, which are $1200 every year — simply to compete — so they do fund raise. FIRST Washington has given them grants, as well.

“Every year there’s a new theme, and this year is Rover Ruckus, which is essentially you are landing on the surface of Mars, and your robot is attached to the lander and you have to sample different minerals. You have to identify the minerals and you get points for that. Try to see who can do it better. The first 30 seconds are autonomous, then there’s a user controlled period, which is about 2.5 minutes. The last 30 seconds is when you have to re-dock back onto the lander.” 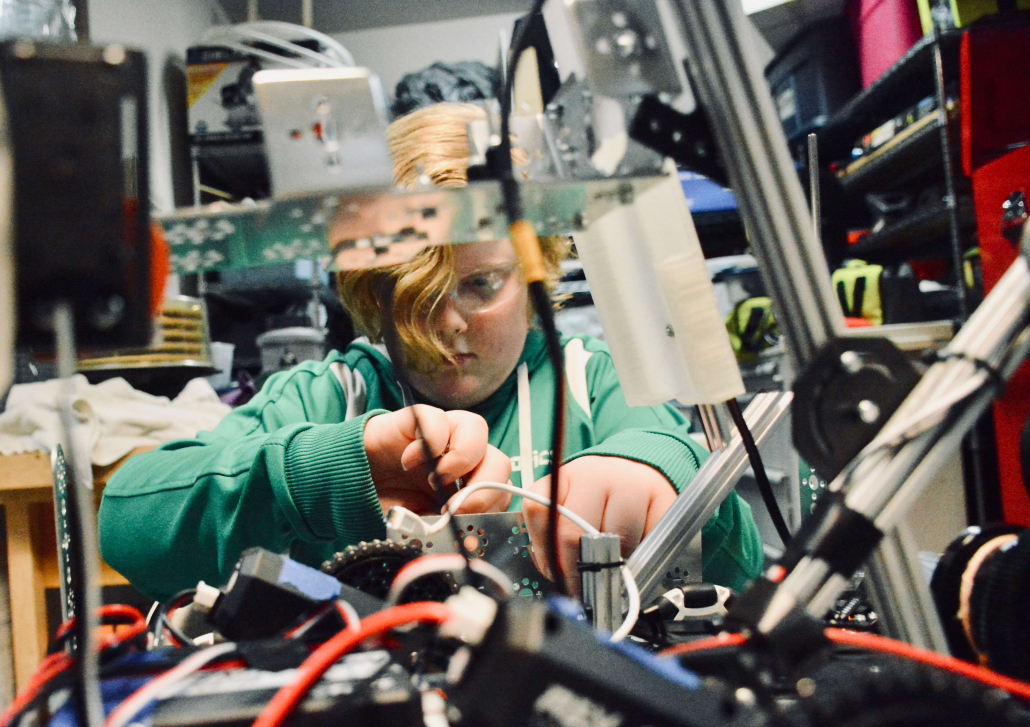 Nelson and VanCleave both said that knowing how to program is essential to the success of the project.

”This is our third year, and this is the first time we’ve been invited to State,” said VanCleave. “We then go to a big inter-league.”

Nelson runs the team as a whole, focusing on sportsmanship, community outreach, professionalism, and “coopertition” which is cooperative competition. The team does have three high schoolers but most are middle schoolers who compete with full-blown high school teams.

As head coach, Nelson is the organizational person, while VanCleave teaches the technical aspects. Steel Hearts meets two to three times a week during competition season which goes from September through December.

There are nine kids on the team.

“We won the Motivate award, which is about motivating others in the community about science technology,” said VanCleave. “The award is helping others to embrace the culture of FIRST, and shows what it means to be a team. It’s about building team spirit and enthusiasm. We also strongly suggested that all team members work to market their team.”

There are other teams in the area that made State, such as Union High School, who won the best overall team award. They have a 15 kids. Mountain View also has a really good team.

“Our program expects a lot of experimentation, and the kids decide on their own how to do things,” said VanCleave. “We coach them on concepts, and there’s a lot of trial and error. We start off strong running in September to come up with designs.”

They are also very grateful to the Camas High School Mean Machine for their ongoing support. 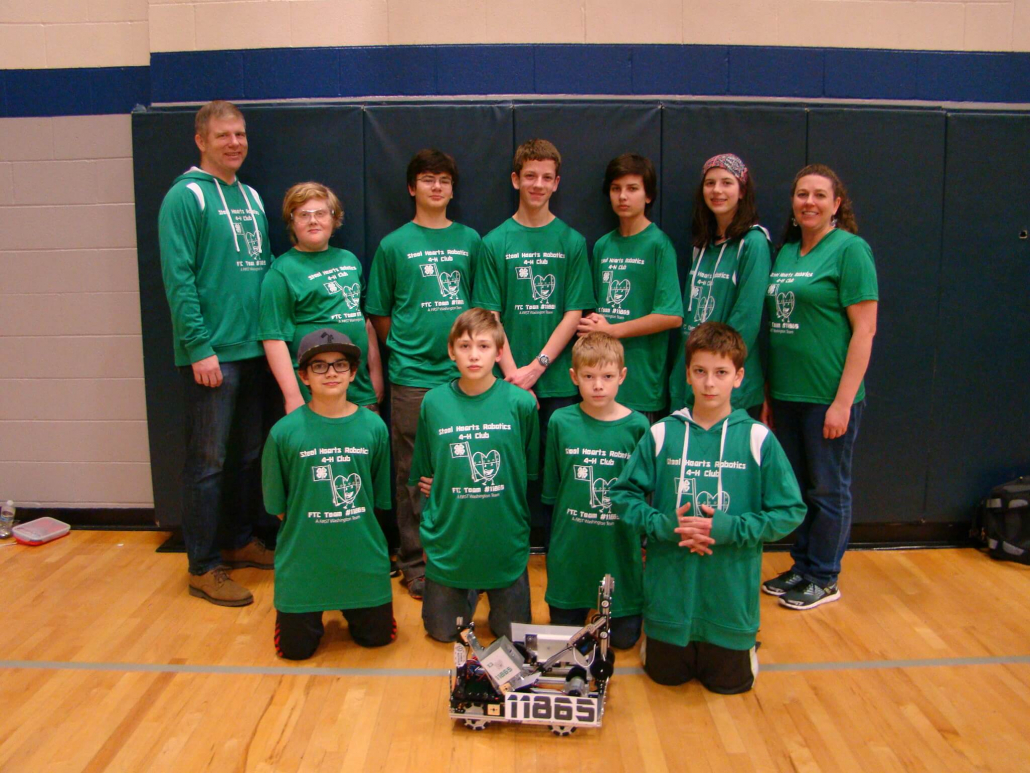 The team at a recent competition. 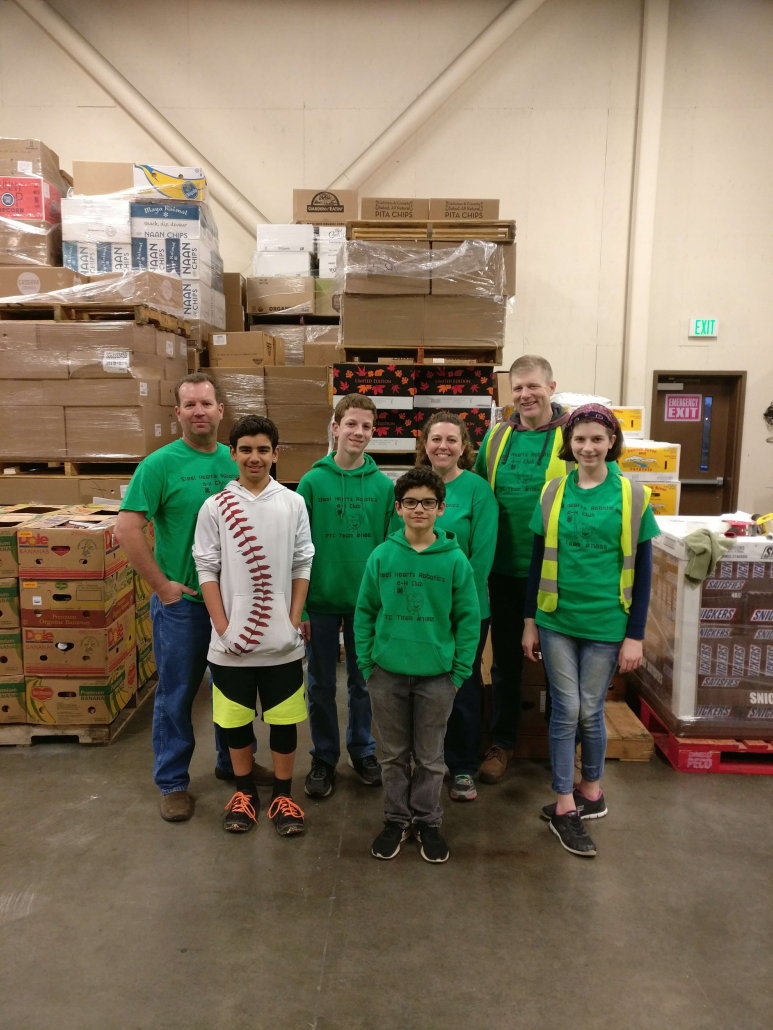 Helping out at the Food Bank. 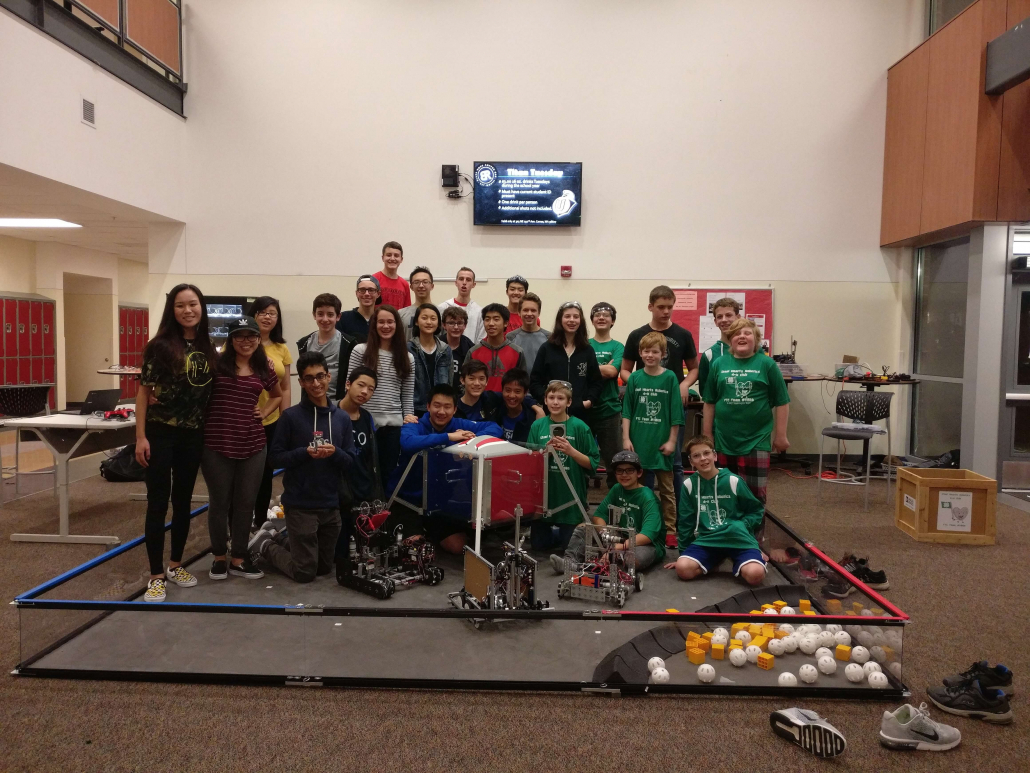 Posing at a robotics scrimmage. Working in the community.