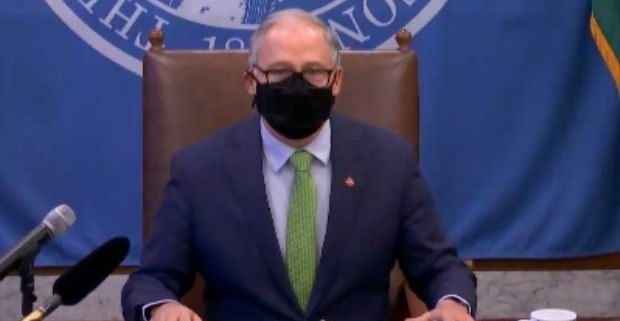 Olympia, WA — Governor Jay Inslee announced today that Washington state will expand access to available COVID-19 vaccines to include 65-year-olds as the state advances to Phase 1b of its vaccine distribution plan.

He also said those who are 50 years and older living in multi-generational households will also be eligible. State health officials planned on limiting distribution to 70-year-olds.

As of last week, Washington ranked 26th in the nation for vaccine distribution, which is slightly above the national average.

Inslee said there will soon be 45,000 vaccinations available every day, as soon as possible, which is higher than the current federal allocation. The state is vaccinating 13,000 to 15,000 people a day.

Inslee announced that providers must use 95% of the doses allocated within the first week of arrival. He said doses received before this week must be used by January 24.

During today’s press conference Inslee said mass vaccination sites will be coming soon statewide. The Clark County Fairgrounds will be one of the sites.