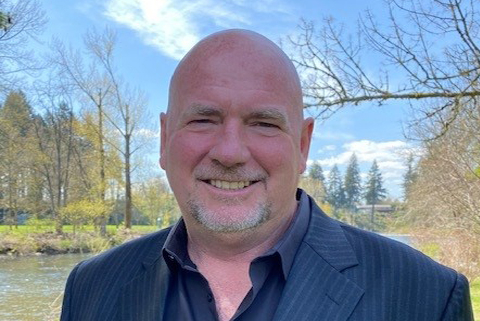 David Stuebe was sworn in as Mayor of Washougal Monday, September 26, 2022, after a unanimous vote by Washougal City Council. He will serve in Council Position #1 until late November 2023. Rochelle Ramos stepped down from the role on September 17 to pursue a career growth opportunity in Utah.

“I’m honored and humbled to accept the Council’s vote of confidence to fill the role of mayor,” commented Stuebe. “I’ll continue providing leadership and sound judgement as we help grow and serve our community.”

As a resident of Washougal since 2007, he was appointed to the City Council March 29, 2021. Stuebe is committed to helping Washougal provide intelligent and responsible growth, resident safety and youth/adult resources and activities. He serves on many city and county boards and commissions and is also a VFW (Veterans of Foreign Wars) lifetime member, Back a Hero committee member and sits on the All-Service Academy Interview Committee for Congressional Appointments.

“I think this decision makes sense,” said Councilmember Molly Coston. “As Mayor Pro Tem, Councilmember Stuebe has become very adept at understanding the role as extending beyond the chair of the council. He is very engaged in almost all of our activities.”

Stuebe served over 30 years in the United States Marine Corps (active duty and reserves), retiring as a Colonel in 2016. As a Marine, he managed multiple humanitarian projects, coalition trainings and combat operations around the world, in addition to leading several large commands. Stuebe has also held senior management positions in the pharmaceutical and healthcare industries for over 20 years. Stuebe is a graduate of the University of Redlands with a degree in Political Science.

“I have served around the world in many different roles and have made Washougal my home,” remarked Stuebe. “I’m committed to making this a great place for all.”

Council Position #1 will be on the ballot in November 2023, with the elected individual serving the remainder of the four-year term through the end of 2025.

All The Ways a Criminal Record Impacts Your Life