VANCOUVER, WA — Camas Running Back, Randy Yaacoub, suffered two broken bones at Friday’s Junior Varsity game against Coeur d’Alene during the fourth quarter, and was transferred via ambulance to PeaceHealth hospital in Vancouver. The sophomore, who plays for both JV and Varsity teams, scored for Camas the previous week during the home field season opener.

“During the game, he fractured both his tibia and fibula and was sent to the emergency room right away. The surgery went very well, he is recovering very well. They placed a titanium rod and some screws in his leg and were allowed to take him home the next day. Unfortunately, he won’t be able to play for the rest of the season, and will be on crutches for eight weeks, and be recovering for six months, but with physical therapy and exercise he will be better than ever next year. Thanks to the support of his coaches, his team, and friends, our family is doing very well.” 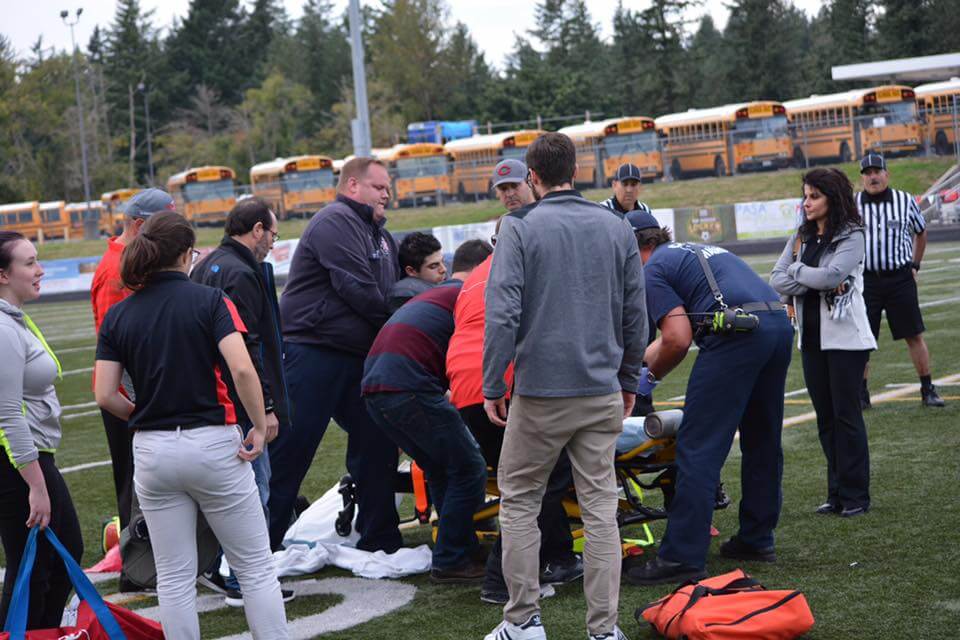 Randy Yaacoub was transferred to a stretcher following a severe injury during Friday’s JV game at Doc Harris Stadium.

Vote: Camas QB Allen Nominated for The Columbian Player of the Week