Rusch was appointed to fill the seat left vacant by former City Councilor, Tim Hazen, who resigned his seat this Fall. Her committee assignments were also announced Tuesday night.

“I couldn’t be more excited to get to work for all of Camas,” Rusch said. “I learned tonight that I was appointed by Mayor Higgins to the Planning Commission, the Parks and Recreation Board, the Hotel Tax Advisory Commission, and I think the Joint Fire Task Force. I look forward to putting my skills to use and serving Camas.” 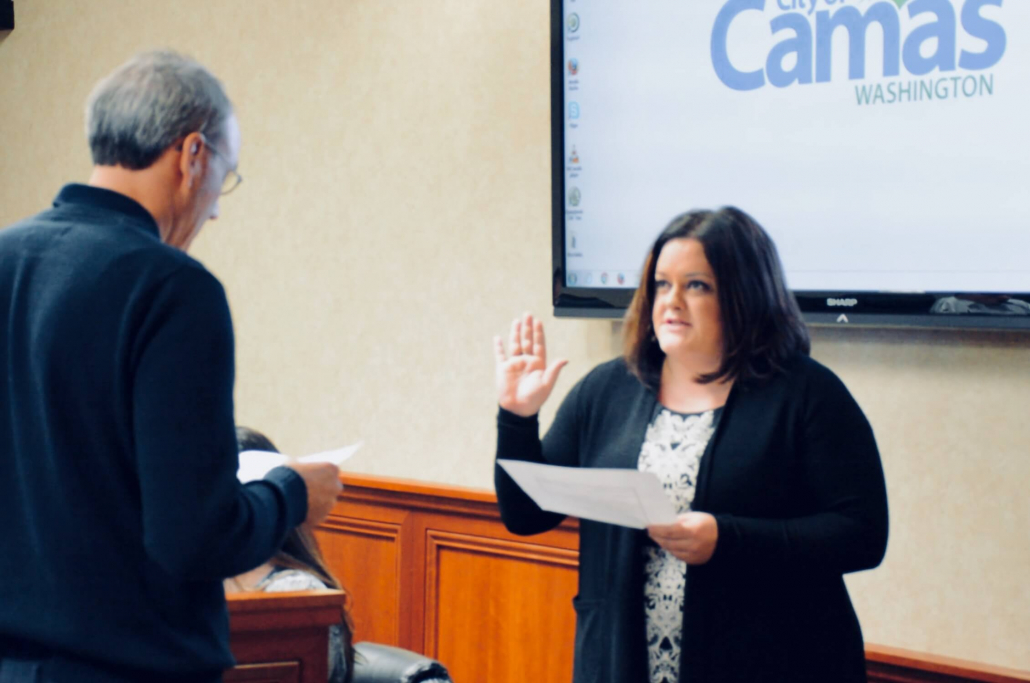 Deanna Rusch takes the oath of office, which was administered by City Attorney, Shawn MacPherson.

“The process to appoint a council member is really rare,” said Higgins, “but when we do it’s really a defined process. The council interviews applicants, they have to live in the ward, and then the council members interview the candidates. We have rules to follow, and votes have to be done in public. The council did just that. We had really good candidates. And, they liked what they heard, and Deanna was sworn in tonight.”

During Tuesday’s council meeting, they approved a pre-annexation development agreement extension for property near Fisher Investments, and voted on an ordinance addressing animal noise.

The council also vote councilor Don Chaney as Mayor Pro Tem for 2018. That temporary position is to fulfill mayoral duties during the absence of the sitting mayor. The Camas City Council had just a few agenda items on Tuesday night.