Federal Way, WA — Friday’s 4A State Swimming Prelims was vastly different from last year, starting off with a Camas miss in the 200 Medley Relay, which put the Papermakers into a hole going into today’s Finals.

The Camas relay team placed ninth, which puts them into today’s B Finals — and that’s not where you want to be if you want to win a team State title.

Wu said “the State competition is faster this year, and we were top 5 going in as a team — and I’m disappointed in all my swims.”

Friday wasn’t all bad. There were many bright spots, but the early miss set a bit of a damper on the day.

“Mark is right where he wants to be,” said Assistant Coach, Leslie Leveque. “He’s doing well.” 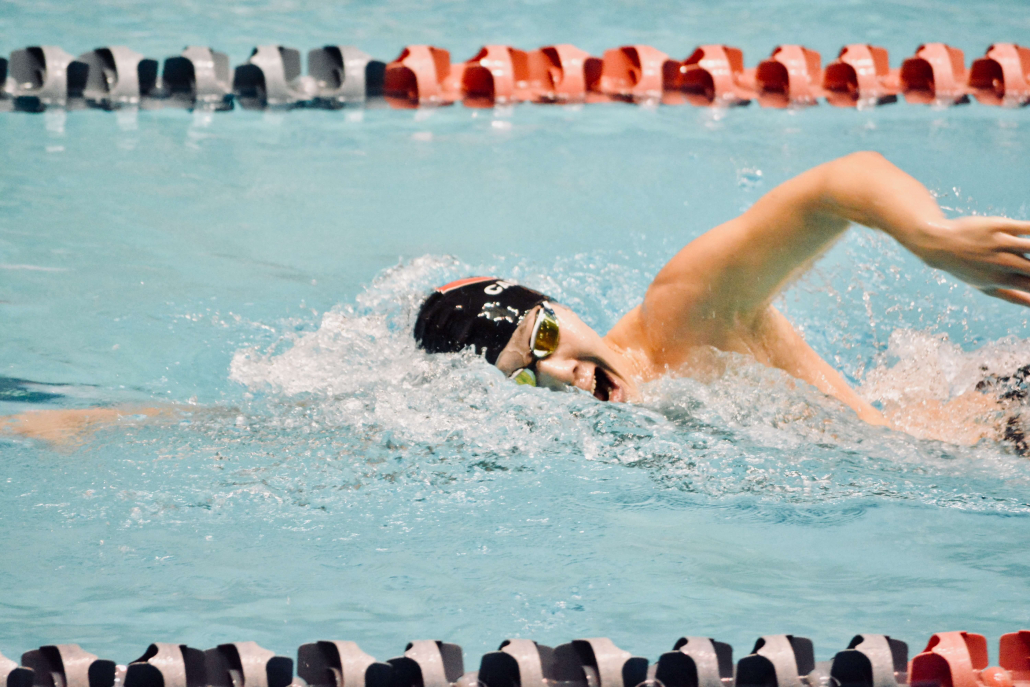 Both Wu and Jaden Kim put into good times in the 100 Fly, and are seeded second and third, respectively.

Xia will also compete today in the 100 Free A Finals, seeded sixth.

”I feel like last year we had nothing to lose, and so much to gain,” said Wu. “This year we’re trying not to lose everything we earned. It’s a totally different mindset.”

The Finals start today at 2 pm at the King County Aquatic Center. 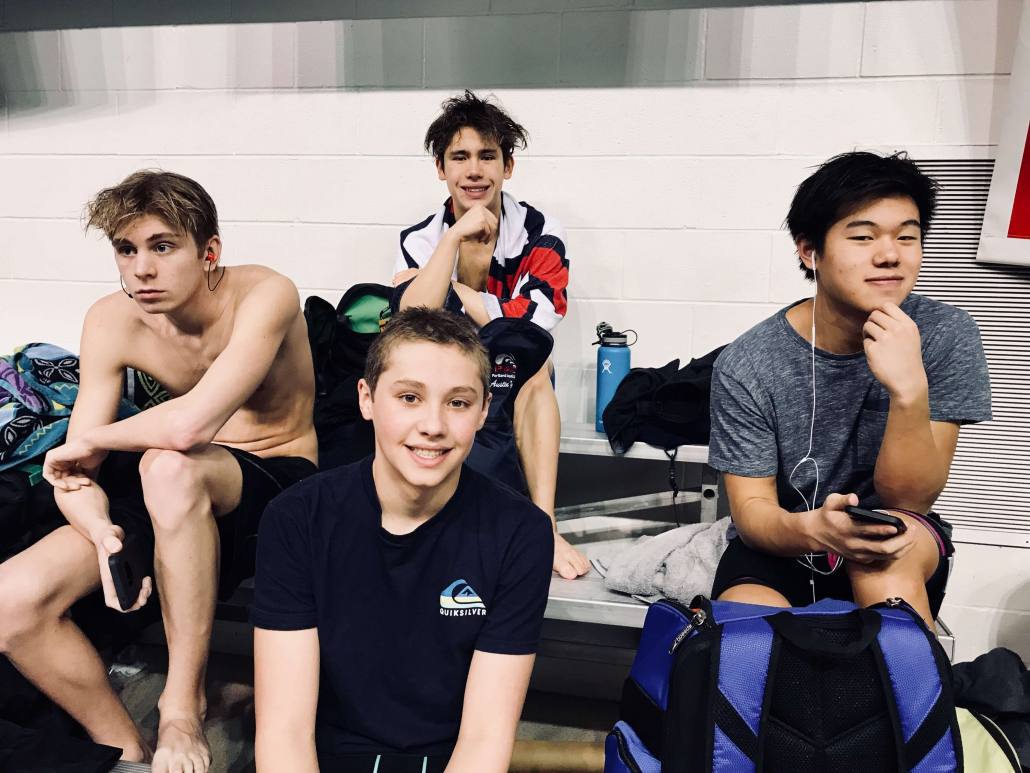 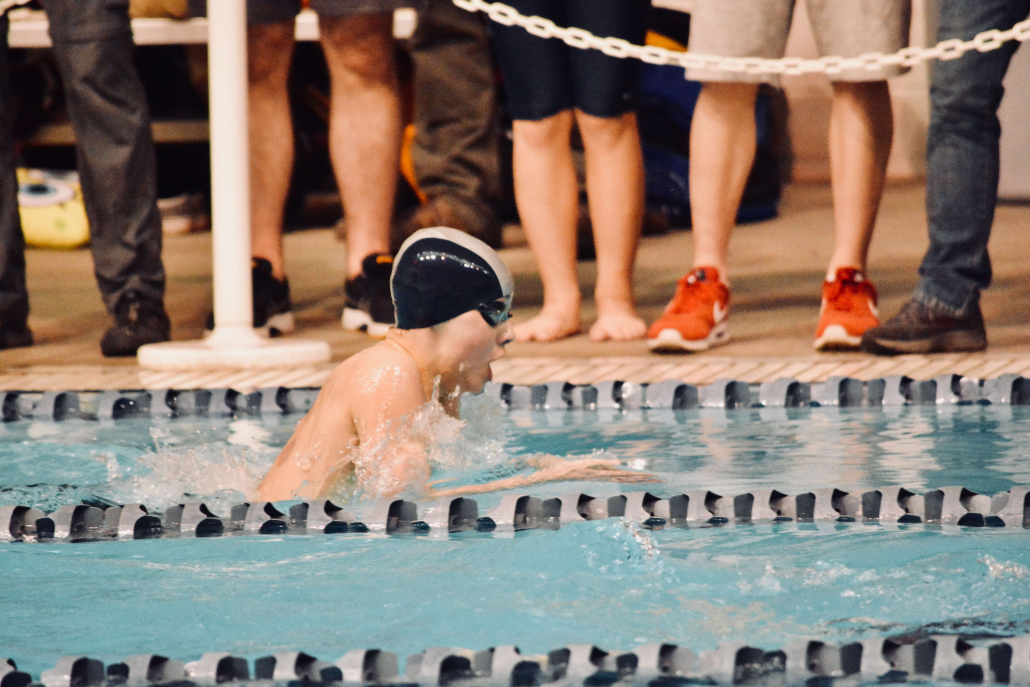 Freshman Dave Peddie competed for the first time at State — in the 200 IM.