Federal Way, WA — The Camas Boys Swim team came back from a disappointing Prelims on Friday to win the 4A Swimming Championship Saturday — with 232 points — for the second consecutive year.

It was an incredible narrative as the Papermakers left Prelims Friday feeling shaky, lacking confidence, fatigued, and even experienced a little team infighting. Friday’s results left Coach Mike Bemis shaking his head, not convinced their team could bring the trophy back to Camas High School.

”Doing so poorly in the 200 Medley Relay shook the boys up,” said Bemis.  “And, I thought we gave it (the State title) away.”

So, he re-strategized, and the boys decided to take the pressure off themselves. It made all the difference.

Bemis sat down with the boys and explained what each one had to do in each event — down to the tenth of a second. They had a plan.

Prior to the 100 Fly, Bemis said with a slight grin, “we’re just one point behind Kamiak. It’s going to come down to the last event — the 400 Free Relay.” 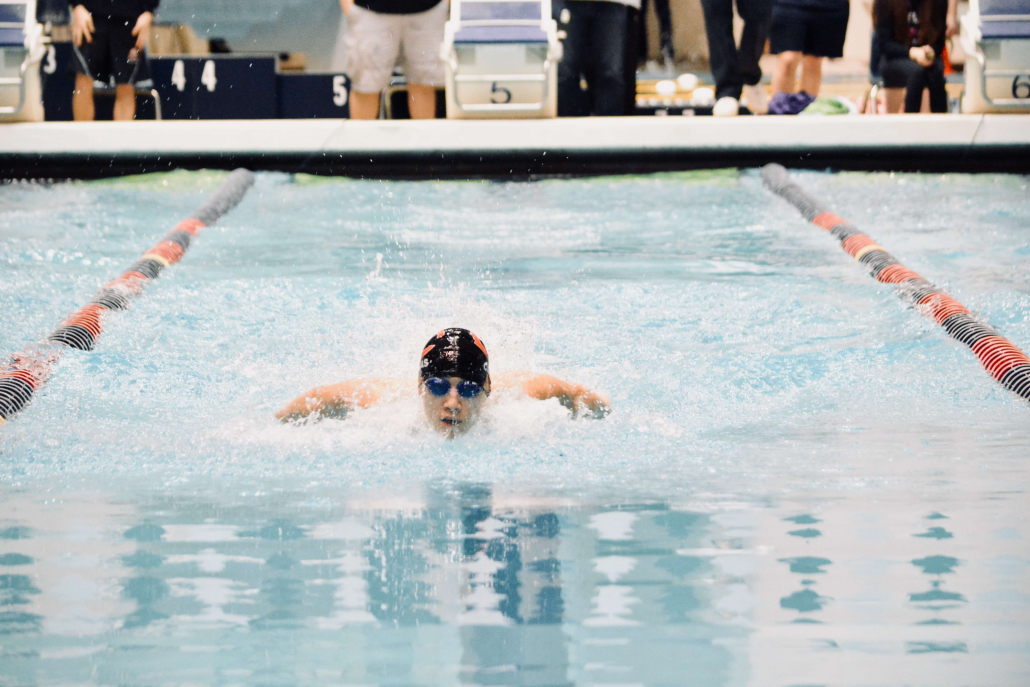 That’s when Wu issued this comment: “Ernie, everything is going how we wanted it to be. As of right now, it’s all happening according to the plan.”

That plan, he said, meant each Papermaker had to meet or beat specific times in each event. Wu said everyone had to do their best. The plan also banked on Kamiak choking in a few events. They did.

With two events left, the boys had 36-point lead. During the breastroke event (which Camas did not compete in) Wu, Xia, and Dave Peddie analyzed all the numbers and felt confident of an overall all team victory.

McClone, Xia, Jaden Kim and Mark Kim won the 400 Free Relay (3:08.74) cementing their State title and making history again for Camas High School. It was Mark Kim’s last race as a Papermaker — and he made it count. 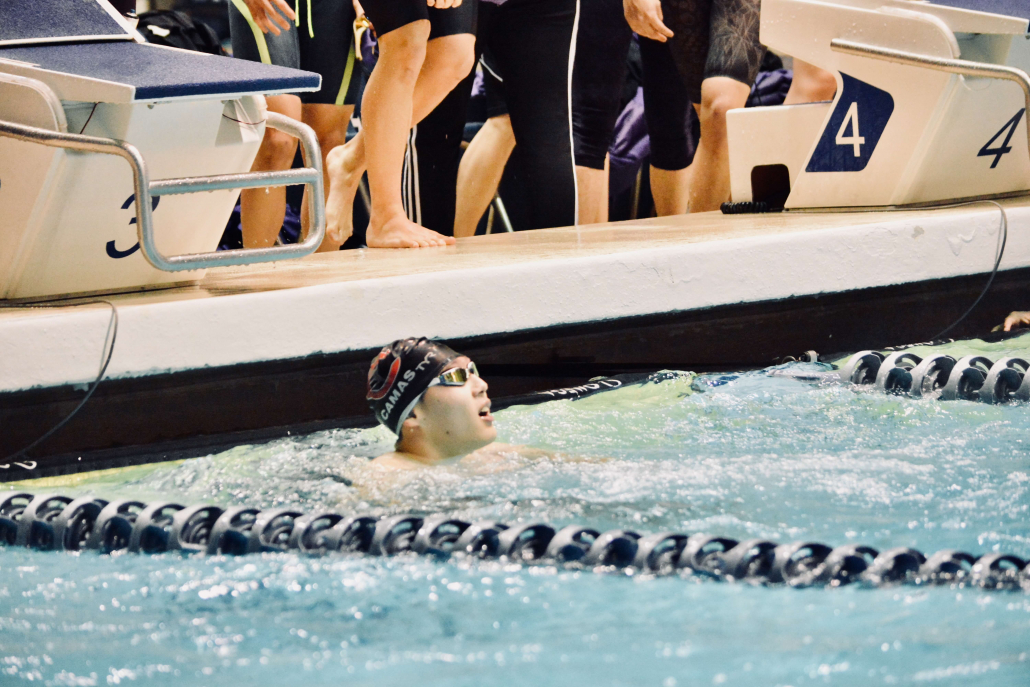 Mark Kim awaits the final results of his last swimming event for Camas — in the 400 Free Relay.

The feeling was euphoric. Teammates Dave Peddie and Luke Bales started crying as they hugged their teammates.

Just 24 hours prior Wu said “it’ll take a miracle to win State.” That miracle happened. The new strategy worked. Everyone did their part.

“After yesterday, we were seeded OK, but everyone was stressed out,” said Kim. “We asked Mike if he thought we could win. We came here with a mindset of winning. My individuals weren’t as good as I wanted them to be, but everyone else dropped a lot of time. Finn did great! I think all the little things added up, and wining the relays was spectacular! We really pulled it out this year. We went out with a bang! As a team we did awesome!”

Wu said they decided today to execute and he expressed gratitude to Bemis.

”On the Medley Relay, tonight we got lucky,” said Bemis. “Kamiak froze up a little bit and didn’t get the top place they had coming in so they lost six points. And then in the next event they lost four points. And, so they didn’t swim as well and kept losing points, and we swam better and made up those points. Once we got on a roll, it was contagious — it was all in.”

The coveted State trophy, which has been at Camas High for the last year, returns back on Monday. Papermaker Pride. 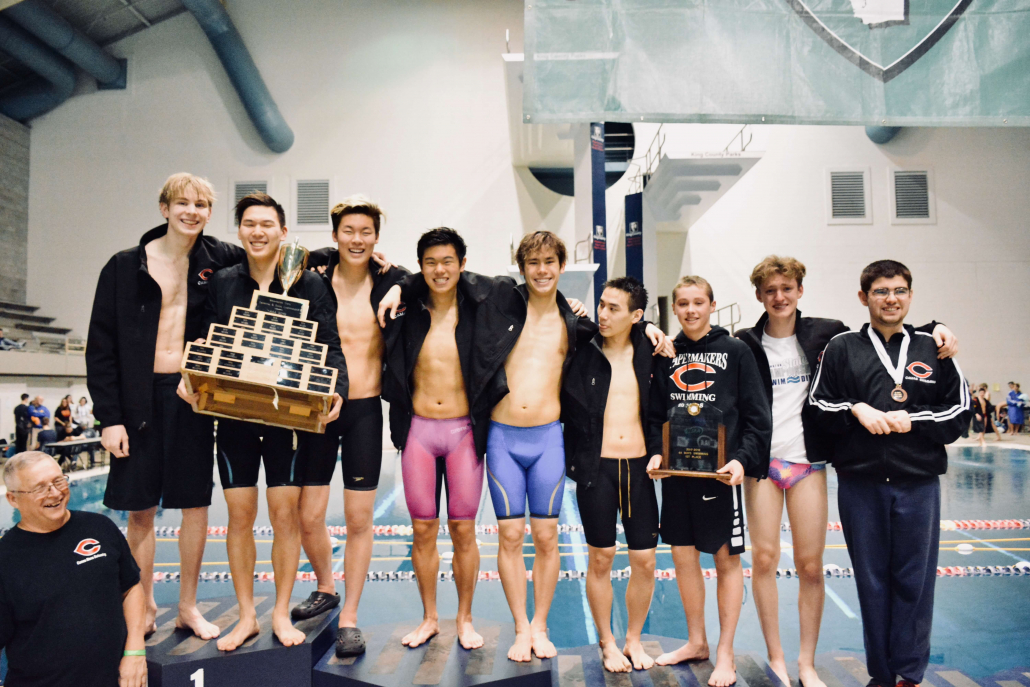 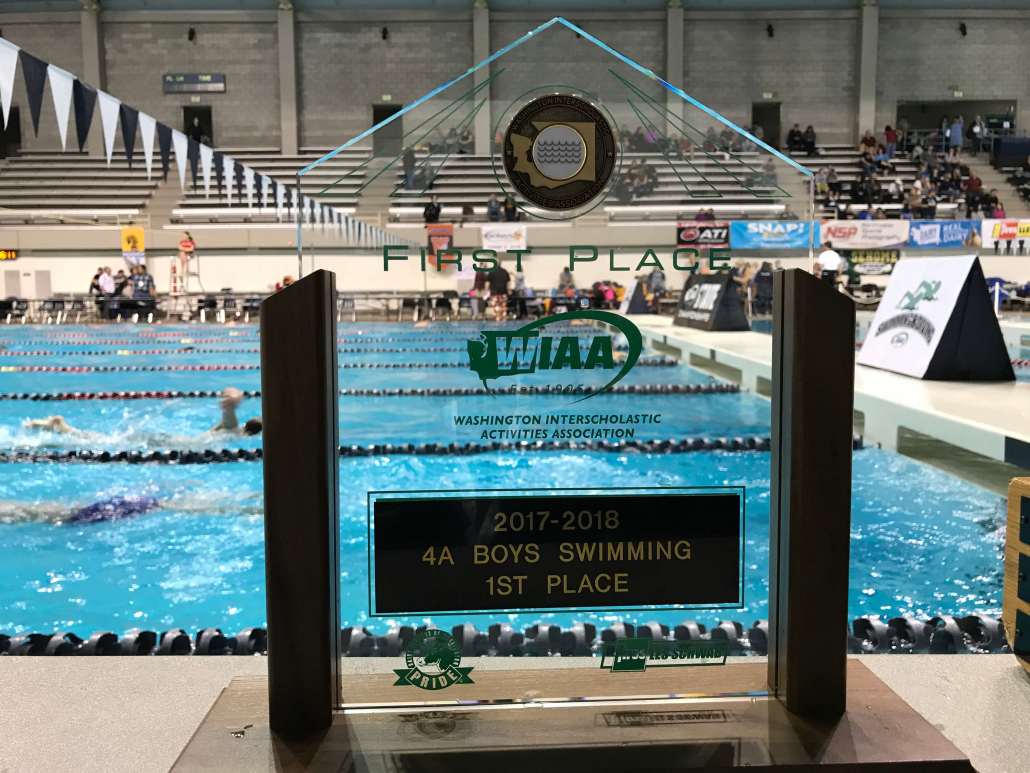 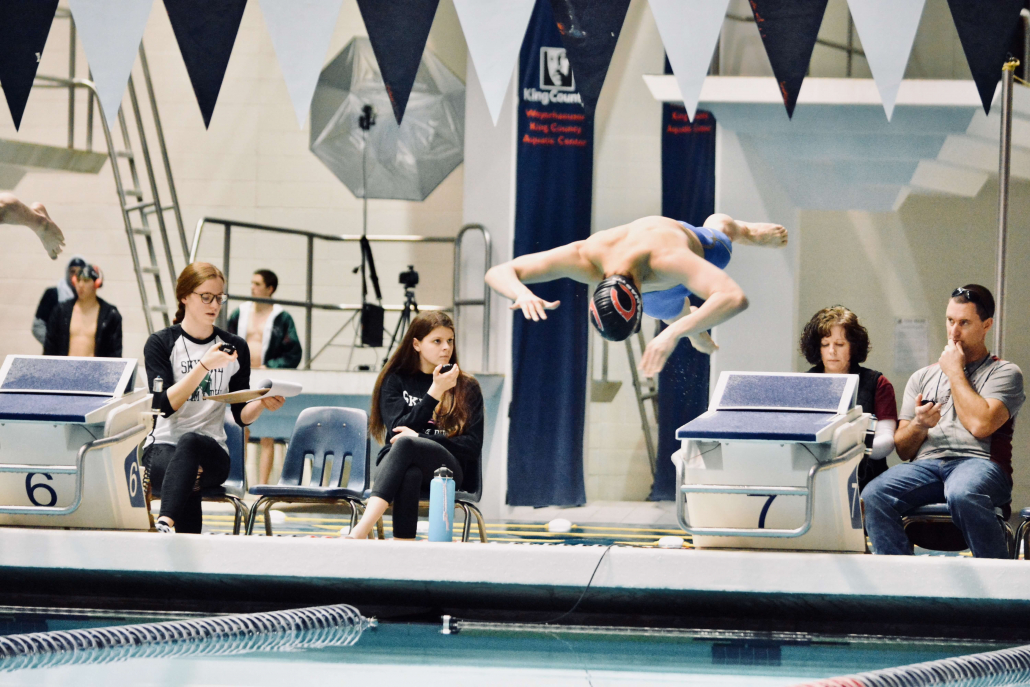 Austin Fogel dives into the 500 Free. 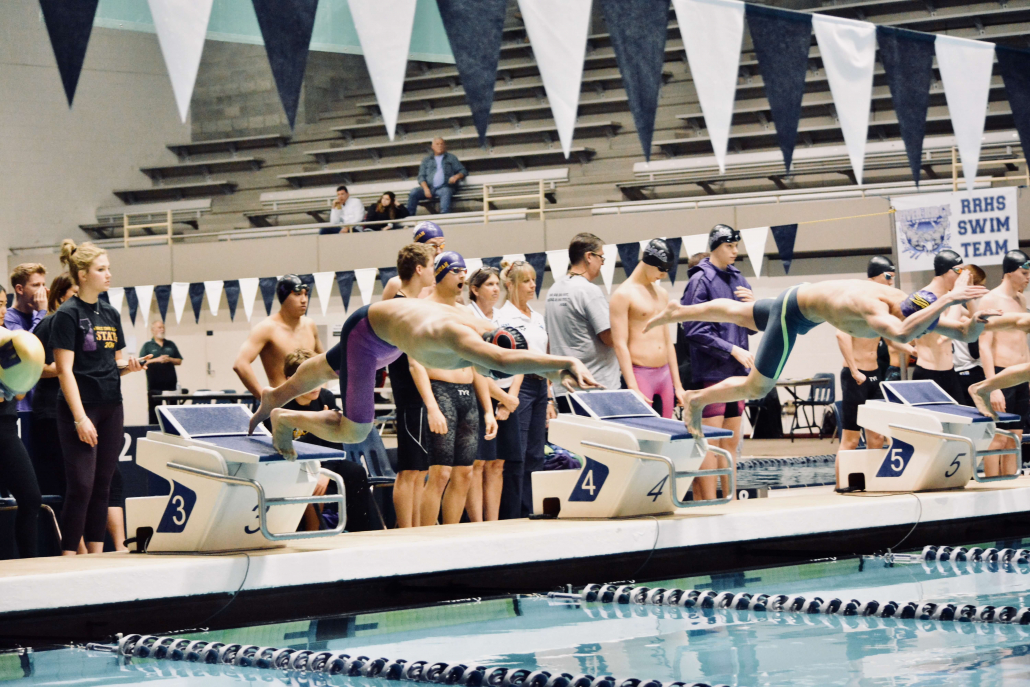 Chris Xia off the blocks. 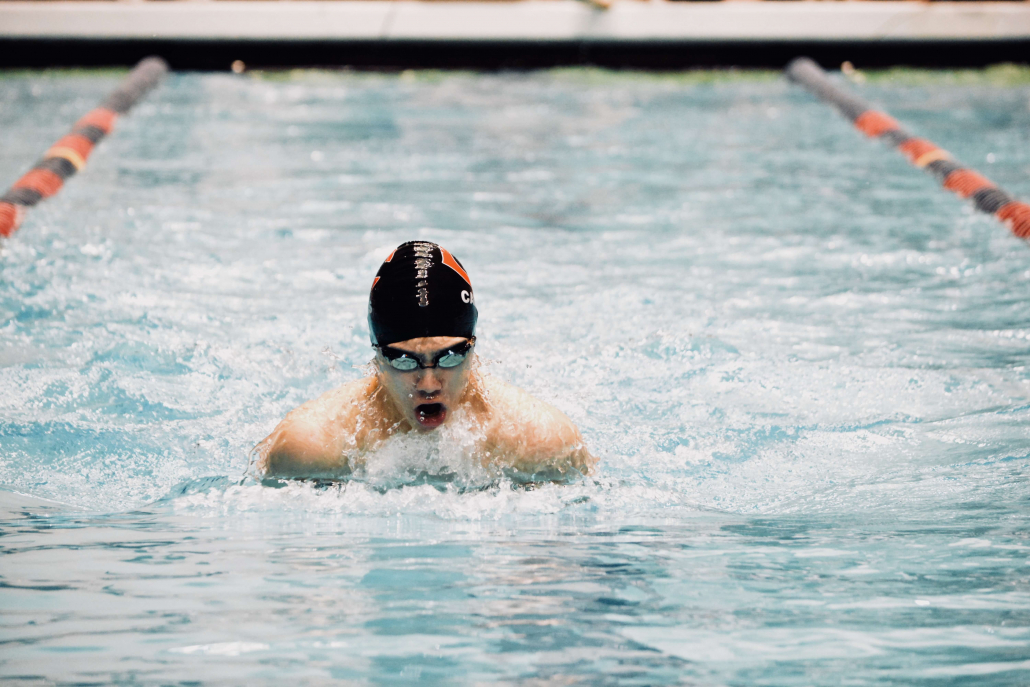 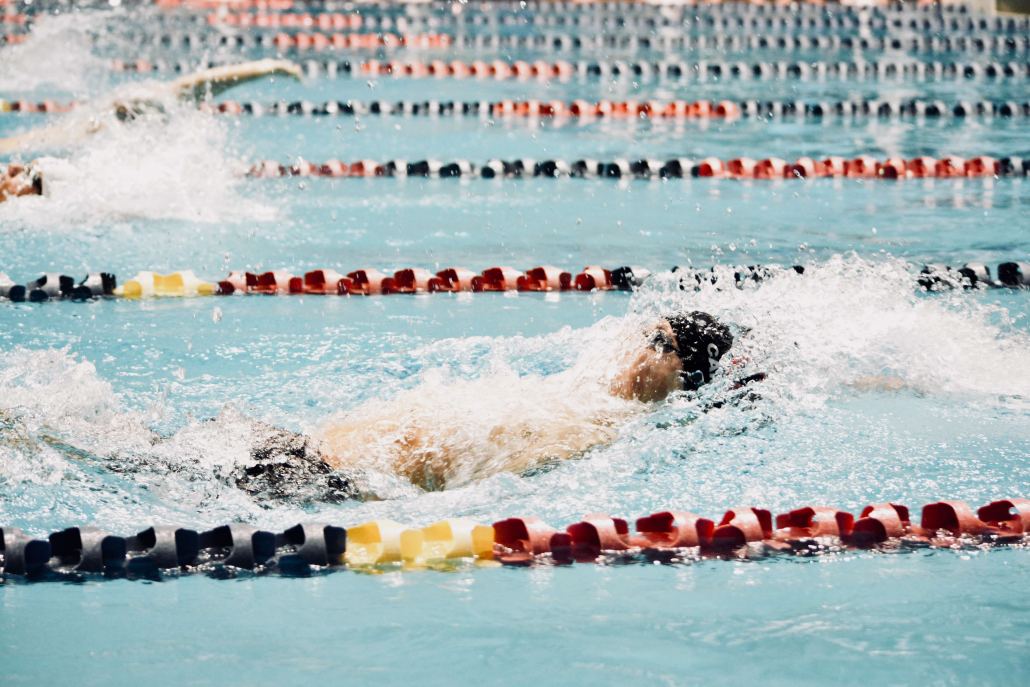 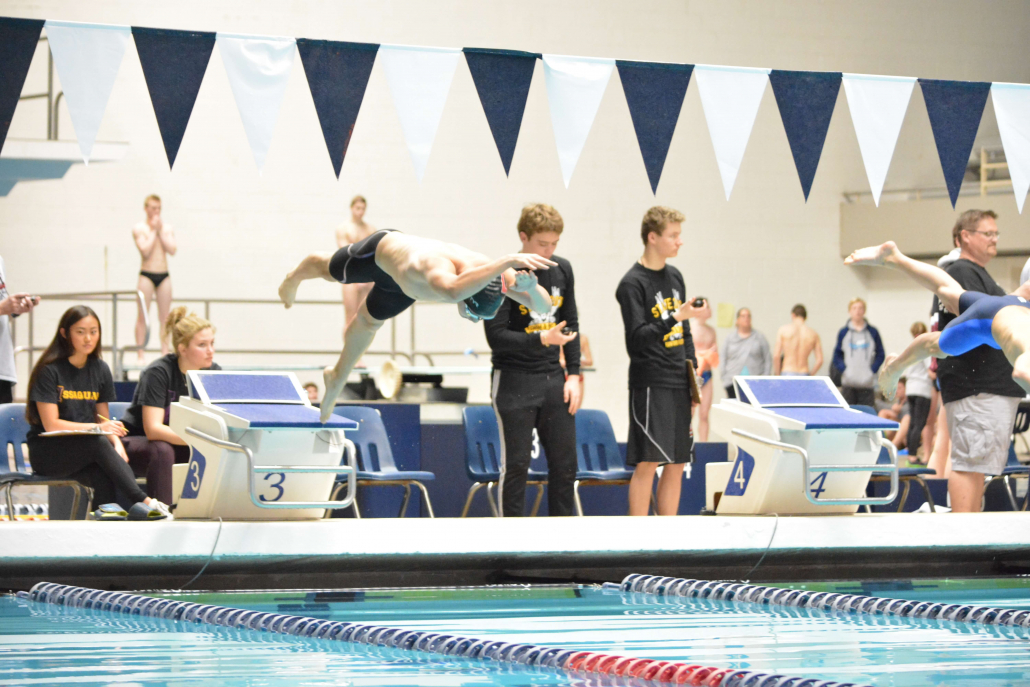 Mark Kim off the starting blocks. 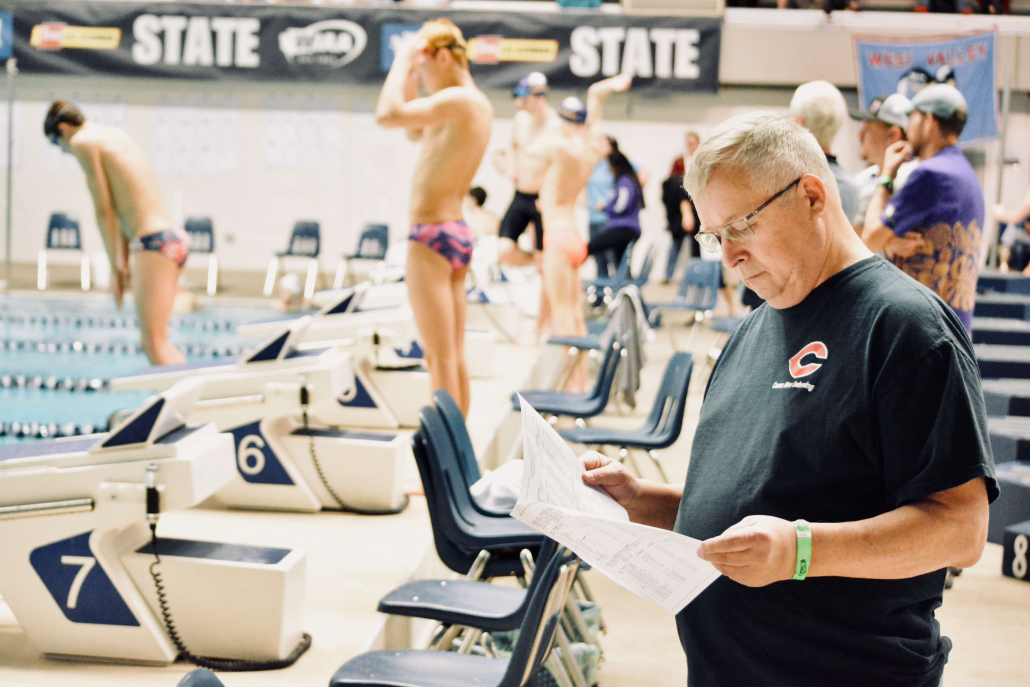 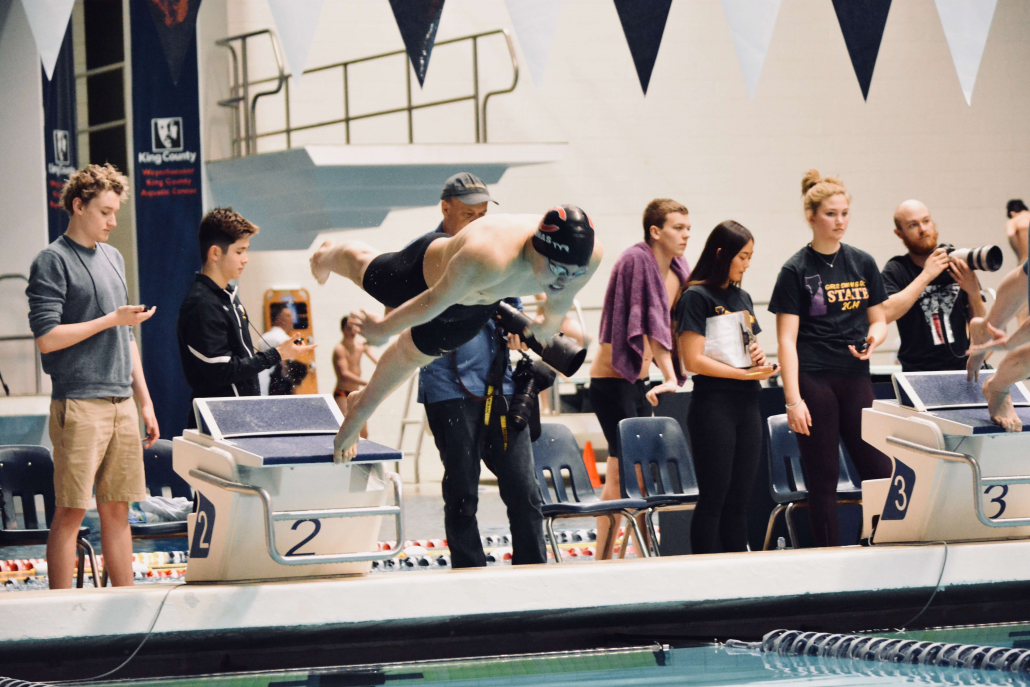 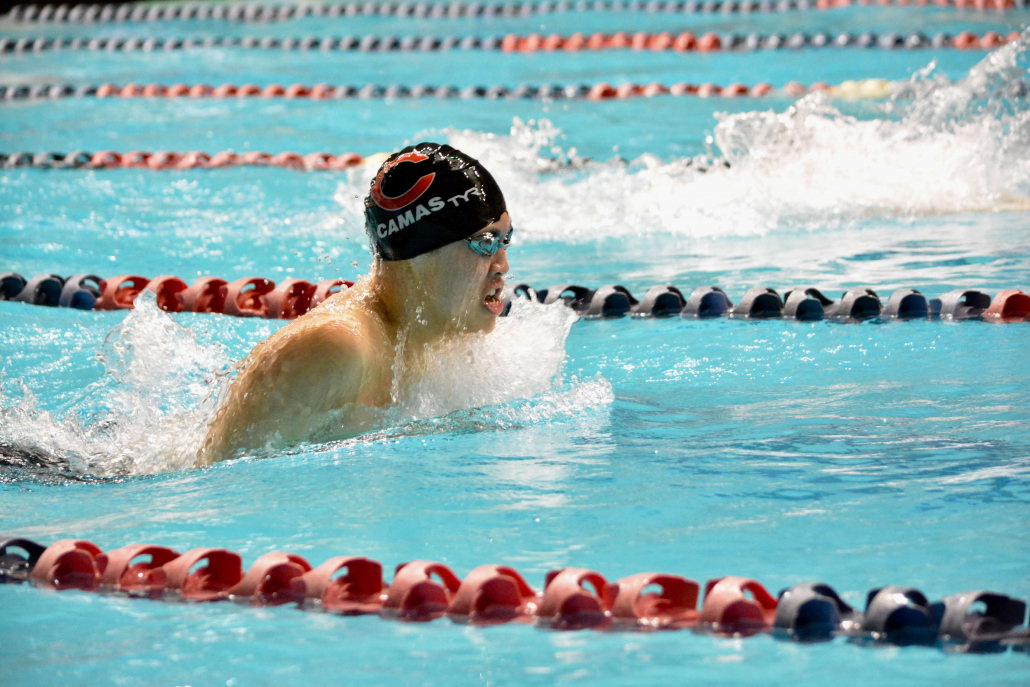 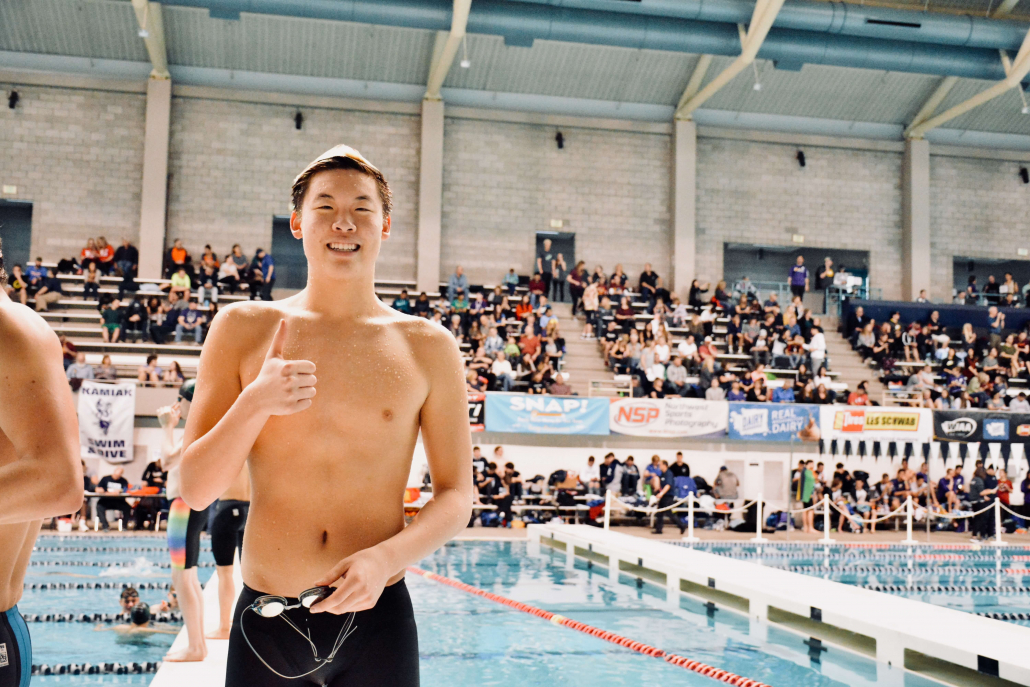 A thumbs up from Eric Wu. 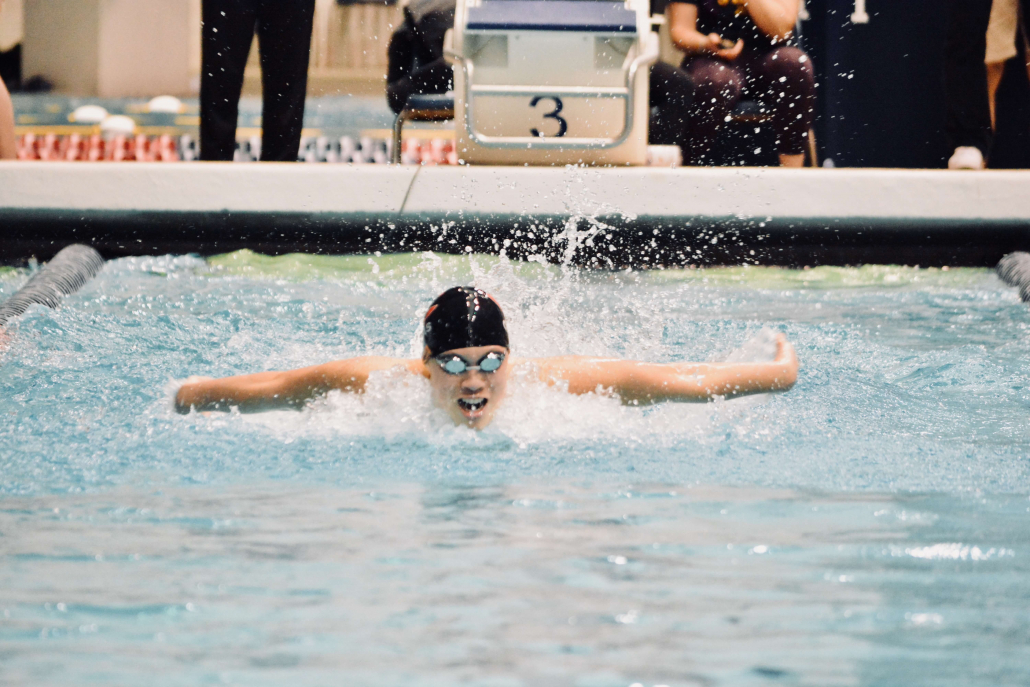 Smith says the city needs a new pool — for competitive and recreational purposes. 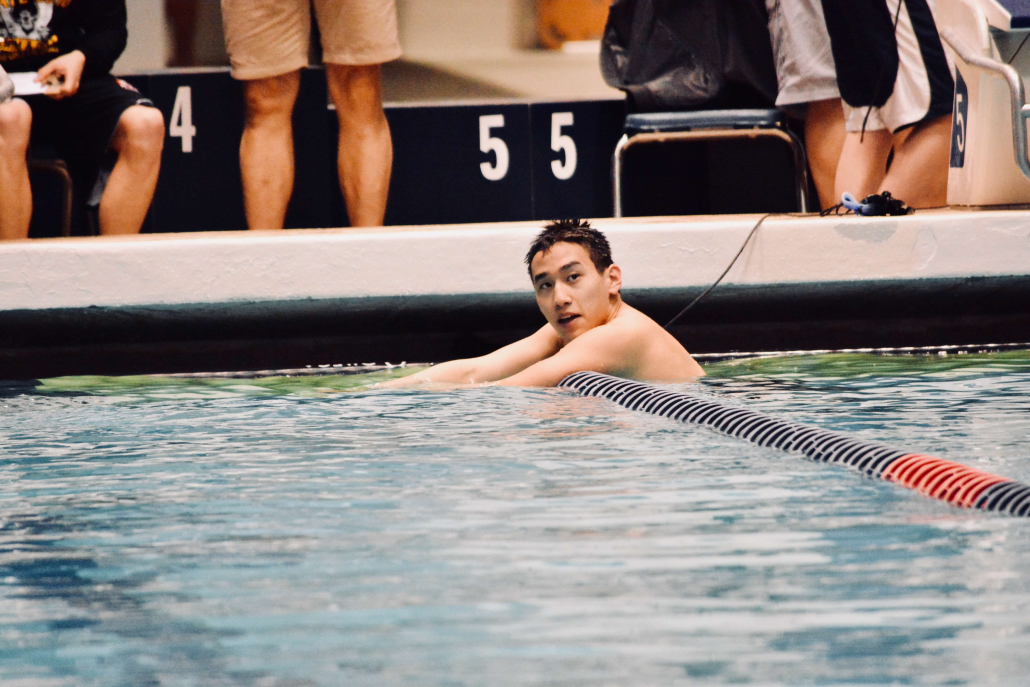 Mark Kim awaits the final results of his last swimming event for Camas — in the 400 Free Relay. 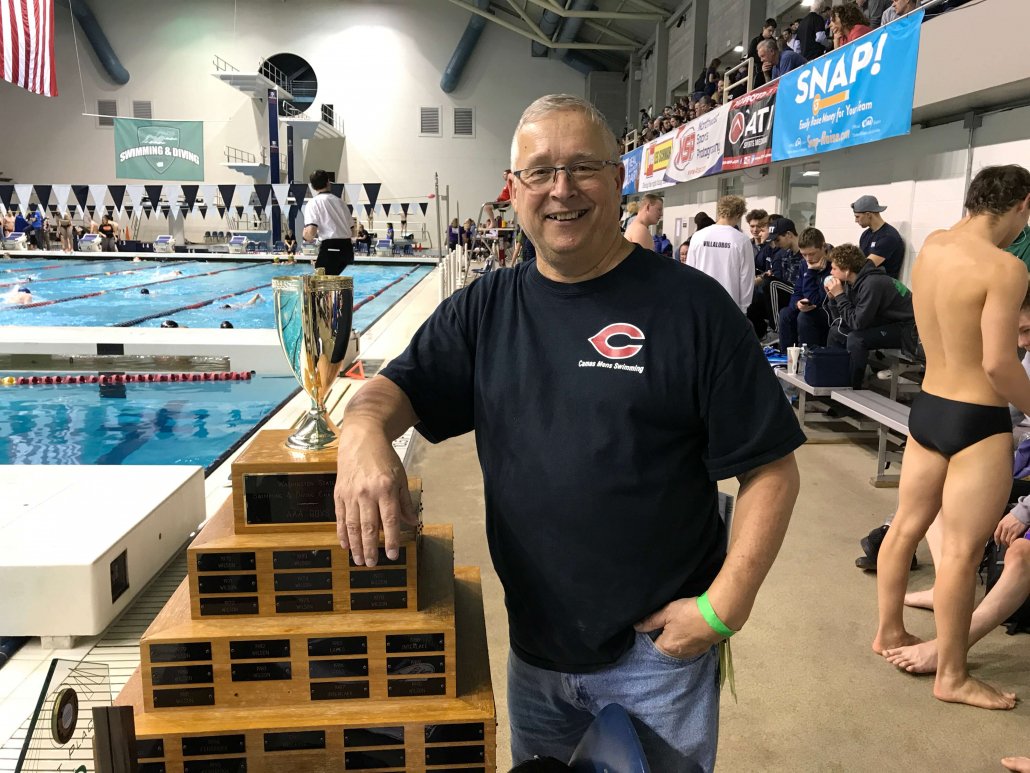 4A State Swimming: Camas Boys to Fight Back at Today’s Finals