Camas, WA — “Mission accomplished,” said Ed Fischer, owner of Camas Bike and Sport in Downtown Camas. “We wrapped up with the local adopt-a-family here in Washougal, and what a nice family! And with the RV camper, the trip went smoothly and after the Chico DMV visit, we got the trailer up there right before nightfall and it was placed on the house pad where the lost home once sat. We did not get much of any time to take a look around, but the devastation was real and evident, and the recent flooding there really left the roads in shambles.”

When Fischer first heard about the Paradise, CA fires he became a big advocate in helping out, so he spent considerable time and money trying to locate a family that needed help, and would purchase an RV camper. But, even though his heart was in the right place, it ended up being a major challenge.

”I learned that it’s not easy to do all that stuff,” said Fischer. “It was very hard to organize, it took a lot of coordinating, planning, and communicating. There’s a lot more than the monetary portion. Procuring the trailer was very challenging. There were a lot of scams and misleading people out there, but ultimately we found a good trailer that would really help out this family.”

Fischer said about two-thirds of the cost of the RV was received through local donations following its purchase. He said many donations were $10, and one man gave $300.

”Every amount helped,” said Fischer. “And, it was great to see all the support. All of it made this possible.”

Community members are contributed home essentials to fill the trailer, which was delivered several days ago.

Jeff Paul accompanied Fischer to California to deliver the trailer, and the two witnessed the fire’s devastation.

“It was amazing to see the random destruction, the fires took a few homes, then you’d see a couple that didn’t even look touched, then back to piles of debris where houses once stood.” said Fischer. “It really gave me a flashback to the fire’s I worked in back in Malibu in 1993, same thing happened where floods would come in soon after and reek further havoc on the area. In the end, the camper is now helping the family live on the property and rebuild, and it felt like we did the right thing for the right people! And last, could not have done it without all the support and contributions from so many that rallied around the cause. I didn’t get a lot of pictures because I want to respect people’s privacy. It wasn’t a staging photo moment. We got there kind of late, and the whole family wasn’t there.”

He also appreciates the local support of their adopt a family, who lives in Washougal. 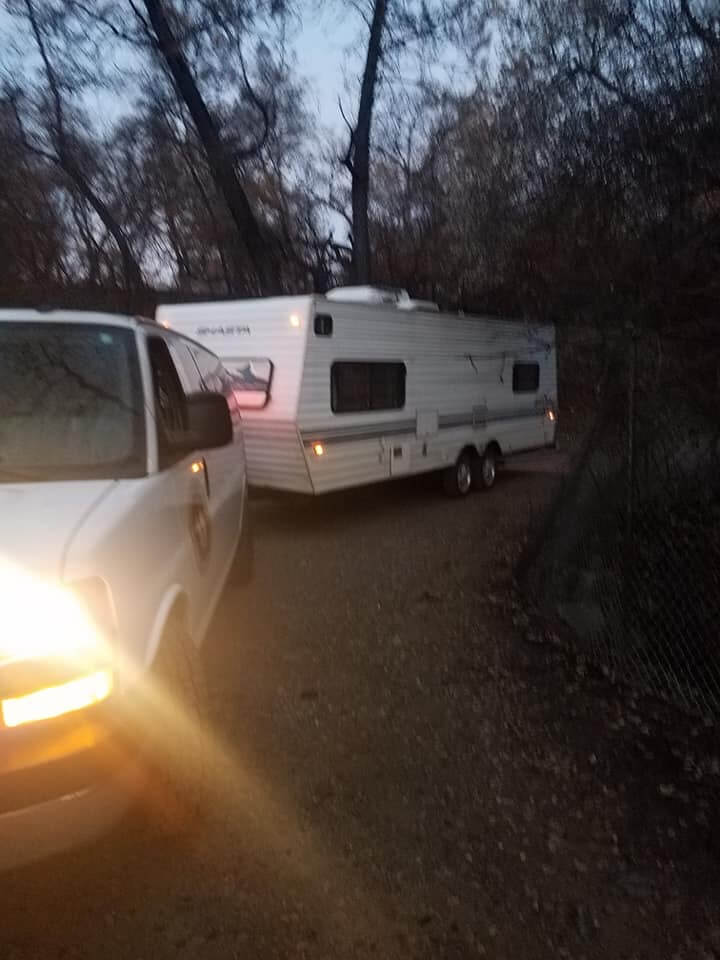 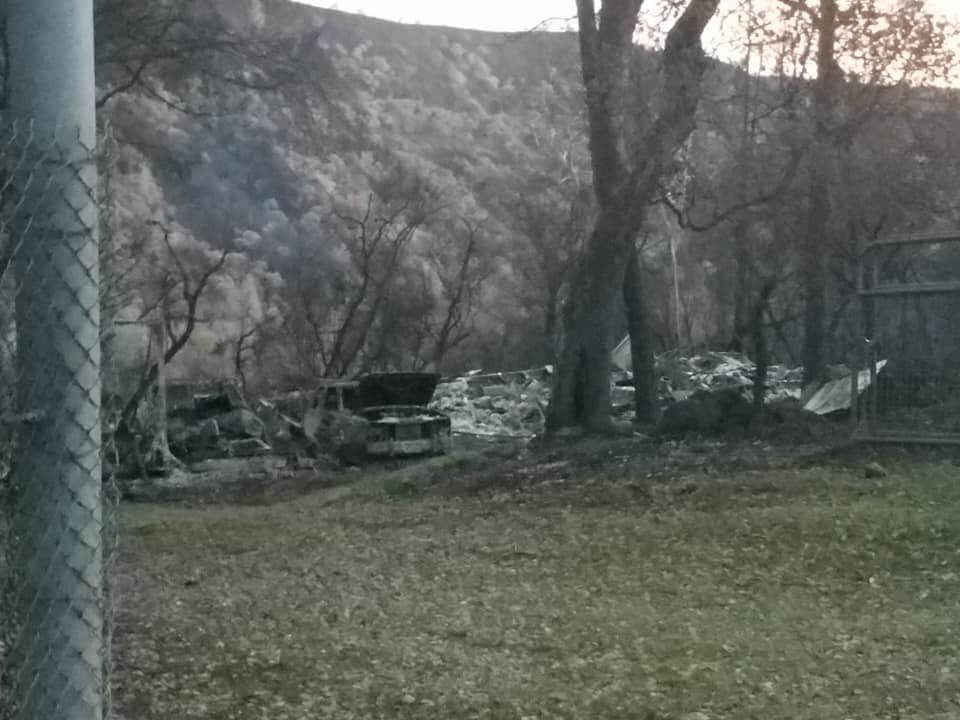 Some of the fire’s devastation. 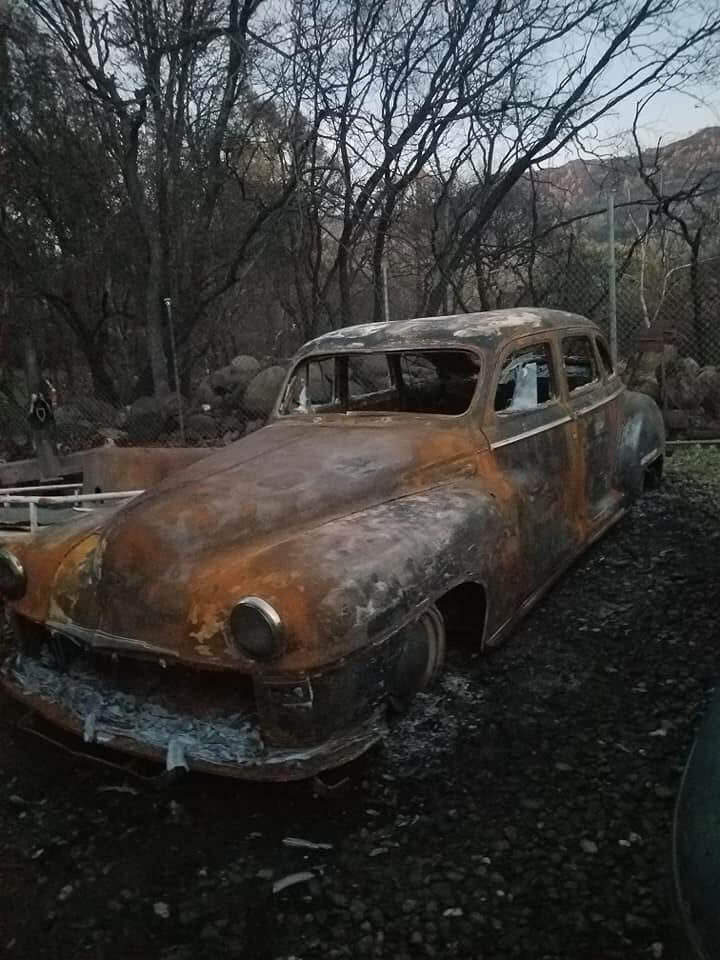 A burned out car. 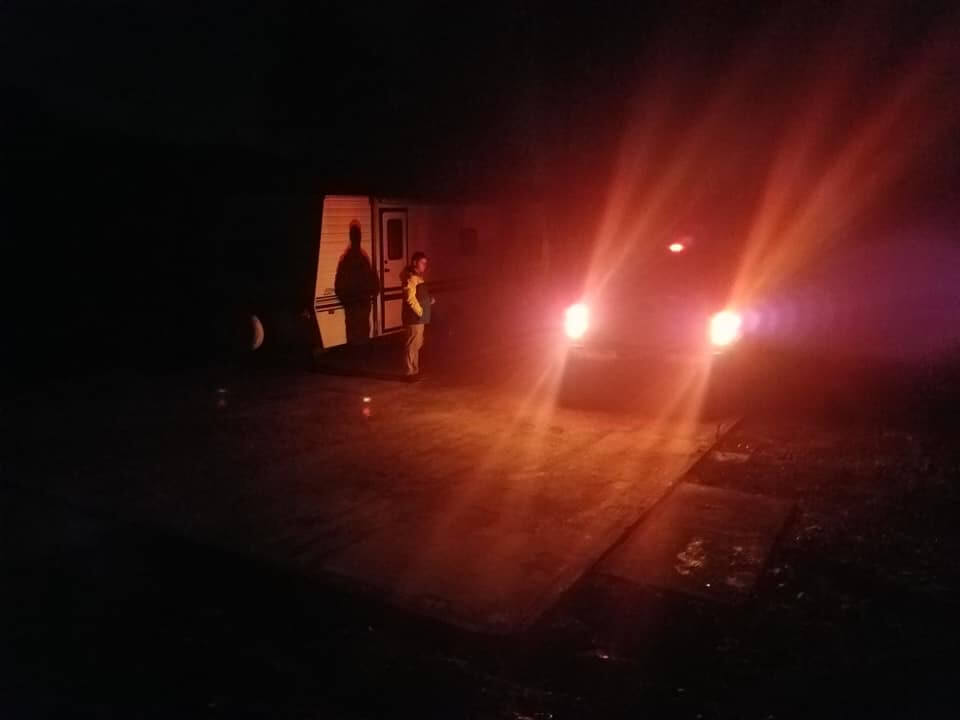 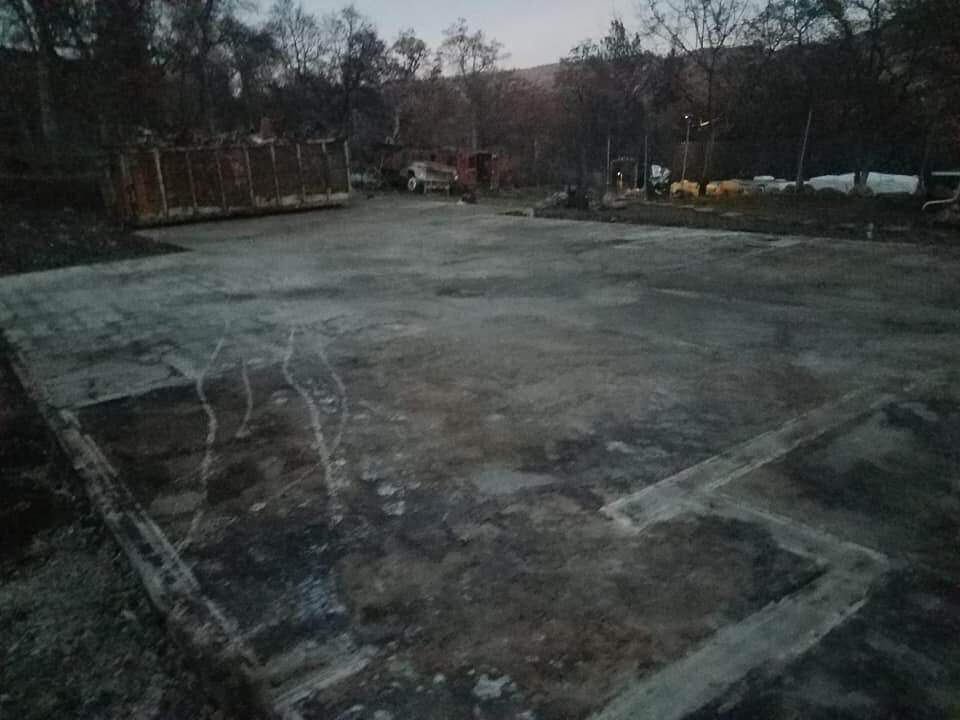 The house pad where a home once stood.