“Lying in Judgment” author, Gary Corbin, has announced his first public book-signing event, which is to be held this Saturday at Caps N’ Taps, in downtown Camas.

Corbin will sign copies of his book at Caps N’ Taps on 337 4th Ave in Camas, WA on March 19, starting at 4 pm. The event is expected to run until about 6 pm. Those who have already purchased copies of the novel should bring them in to be signed. A limited number of signed copies will also be available for sale at the event.

“I wanted to have the first book signing of ‘Lying in Judgment’ at a comfortable, fun place, where we could chat a bit over a good beer or glass of wine,” Corbin says. “And I wanted it to be close to home. Caps N’ Taps is perfect on both counts.”

“Lying in Judgment” is a legal thriller about a man who serves on the jury of a murder trial – for the crime that he committed. Released March 5, it has already reached Amazon’s top 200 list for Murder Mystery Thrillers. Readers and critics have raved about the book, calling it a “page turner” and “hard to put down.” Novelist D. F. DeHart raves, “If you are reading this novel in bed, plan on having a sleepless night.”

About “Lying in Judgment”

Imagine being a juror on a murder trial where you know that the defendant is innocent – because the guilty party is you!

Protagonist Peter Robertson, 33, discovers his wife is cheating on him. Following her suspected boyfriend one night, he erupts into a rage, beats him and leaves him to die… or so he thought. Soon he discovers that he has killed the wrong man – a perfect stranger.

Six months later, impaneled on a jury, he realizes that the murder being tried is the one he committed. After wrestling with his conscience, he works hard to convince the jury to acquit the accused man. But the prosecution’s case is strong as the defendant had both motive and opportunity to commit the murder. As the pressure builds, Peter begins to slip up and reveal things that only the murderer would know. As jurors one by one declare their intention to convict, Peter careens toward a nervous breakdown. The story concludes with a startling revelation that will shock some – and leave even the most jaded reader grinning with satisfaction.

The book is available online: www.Amazon.com 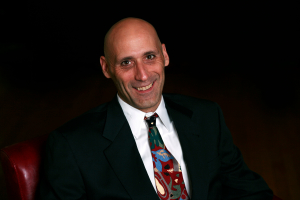 Gary Corbin is a novelist and playwright in Camas, WA. In addition to assignment work for private sector, government, individuals, and not-for-profit clients, his creative and journalistic work has been published in BrainstormNW, the Portland Tribune, The Oregonian, and Global Envision, among others. Lying in Judgment is Corbin’s debut novel. His second, The Mountain Man’s Dog, will be released in the summer of 2016.

Gary is a member of Willamette Writers, PDX Playwrights, the Portland Area Theater Alliance, and the North Bank Writers Workshop, and participates in workshops and conferences in the Portland, Oregon area. A homebrewer as well as a maker of wine, mead, cider, and soft drinks, Gary is a member emeritus of the Oregon Brew Crew and a BJCP National Beer Judge. He loves to ski, cook, and garden, and hopes someday to train his dogs to obey.

Happy St. Patrick’s Day: What are your traditions?